We had a little wander round beautiful Painswick, so-called Queen of the Cotswolds today. 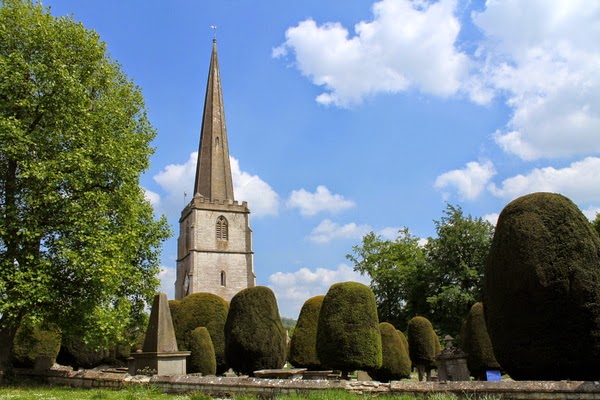 First stop was the church with its many yew trees.  Legend has it that there are 99 of them, and that if a hundredth tree is planted it will be withered by the devil. 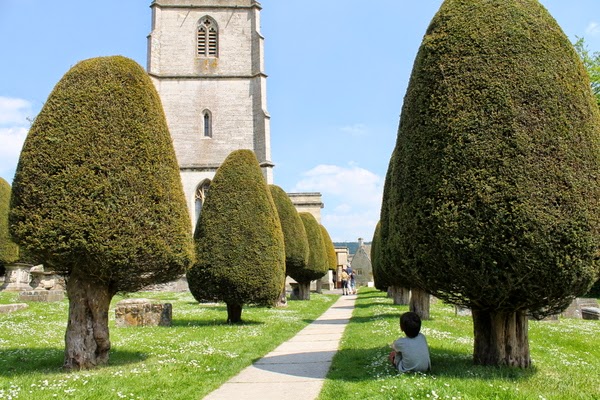 Some of them have the most fantastic shapes, and they're beautifully maintained, really closely clipped and thickly growing. 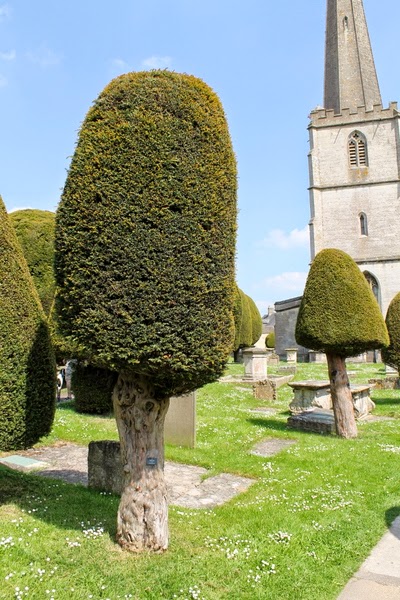 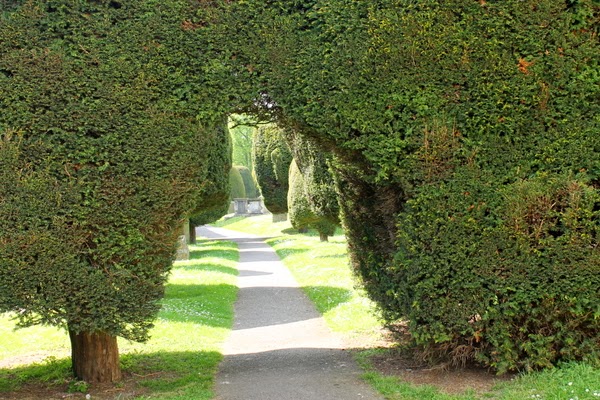 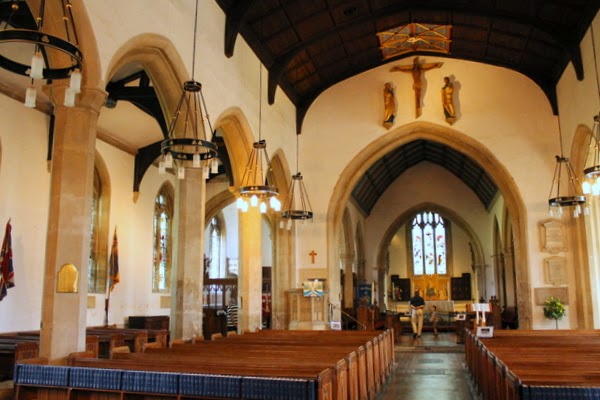 All of the pews have lovely hand stitched kneelers, made by parishioners in the 1980s.  The littlest boy insisted on being in this picture. 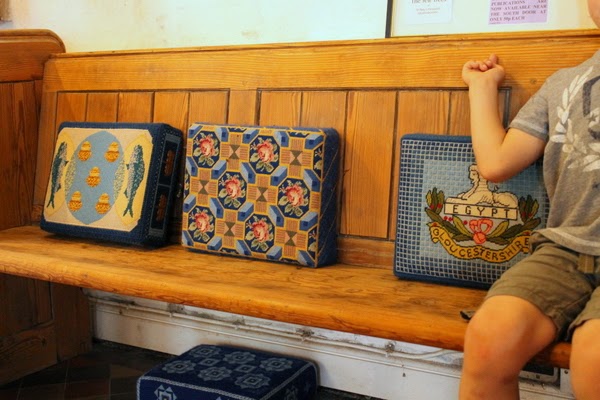 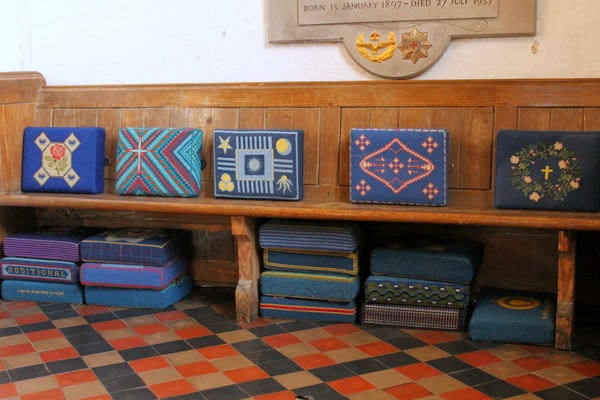 Painswick was built on the wealth of the wool trade in the middle ages.  I like to try and imagine what things were like back then.  The houses would have been grand, and many of the rich wool merchants and their families are buried in the churchyard.  No doubt it was largely their money that paid for the construction of the church. 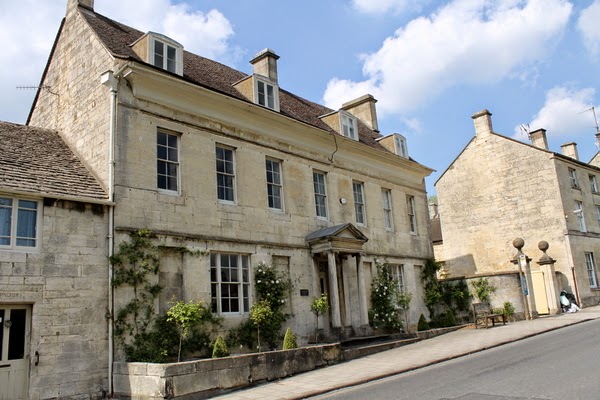 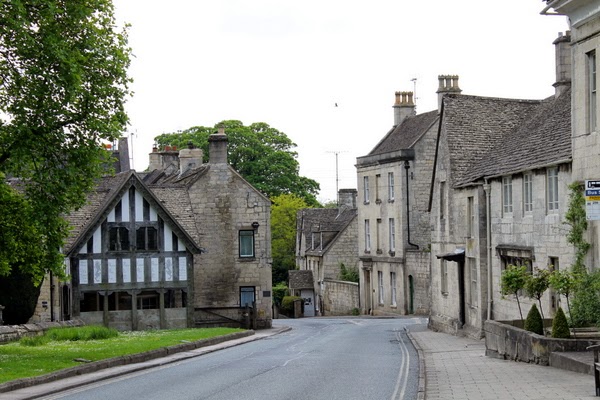 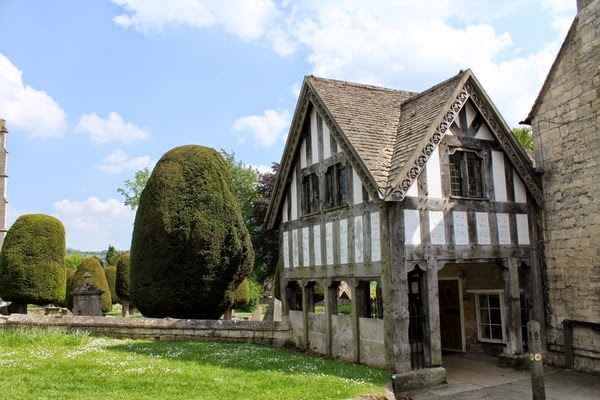 All around are the beautiful Cotswold hills that were once home to the Cotswold sheep, considered at the time to provide the very best wool in the world. 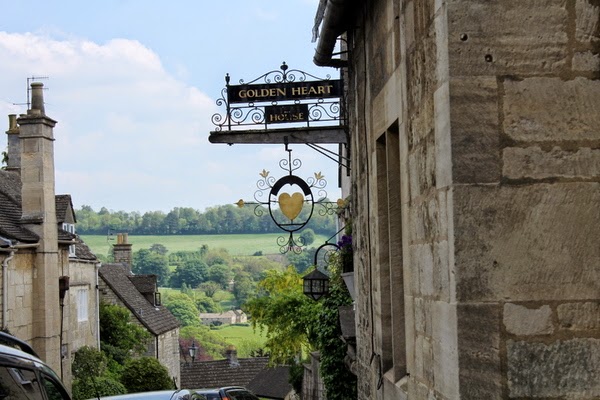 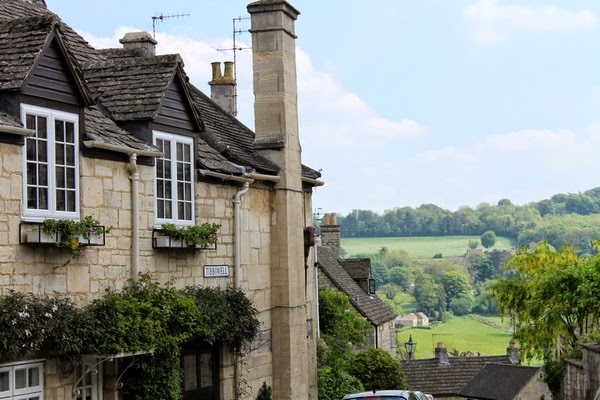 Yew trees are dotted throughout the village.  I was fascinated by the ones growing out of the pavement, in tiny spaces.  They grow so closely, pressed to the buildings, and tightly clipped. 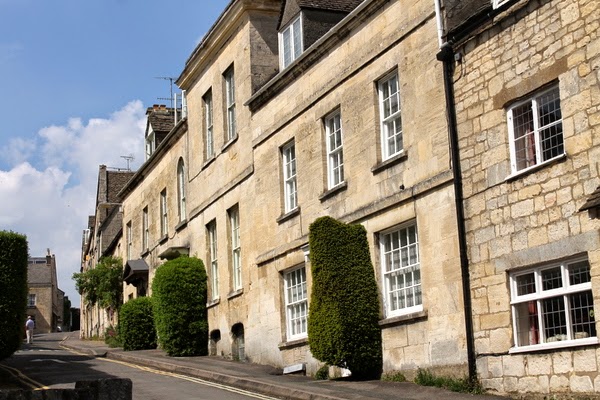 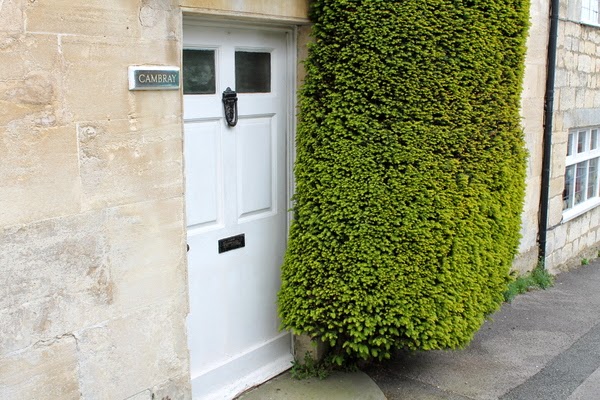 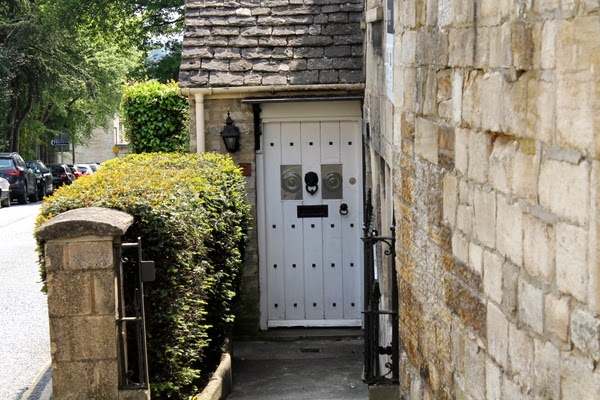 Yew re-grows from old wood, so it's possible to cut it back hard if need be, and in time it will be all green again.

Some of the houses had other things, still very attractive, growing by their doors. 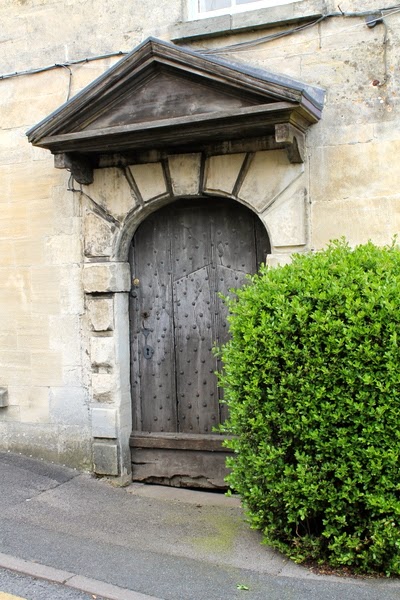 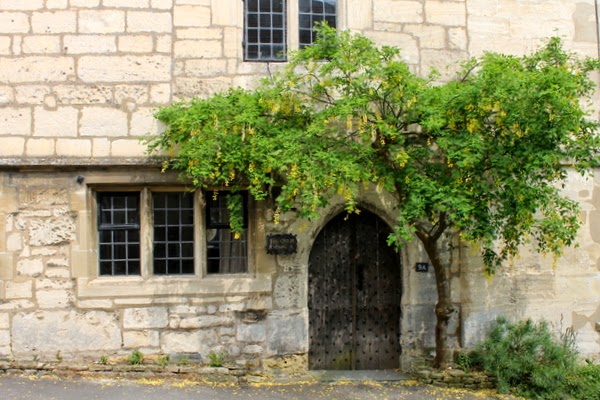 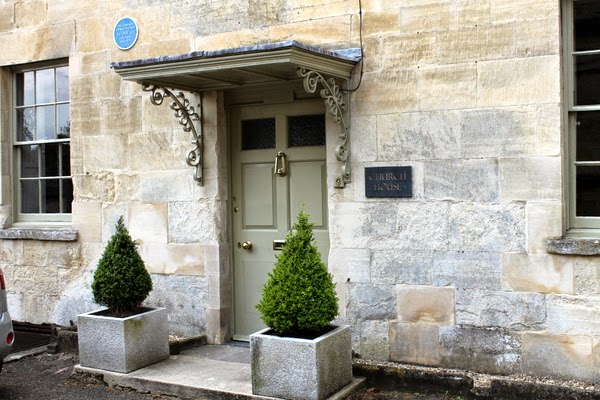 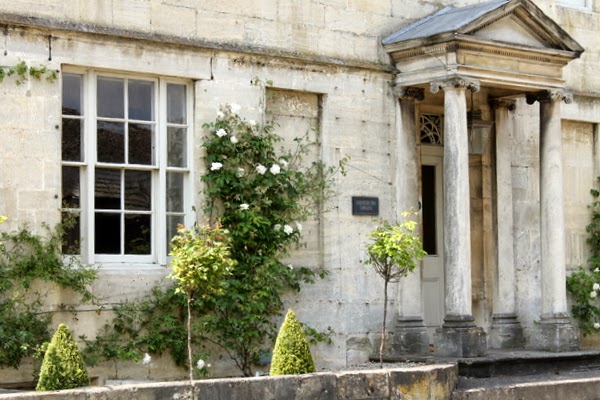 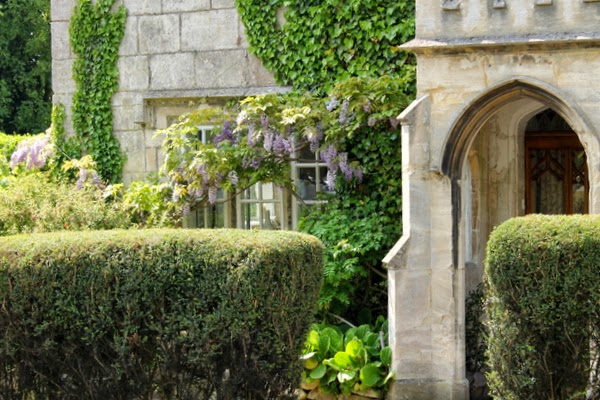 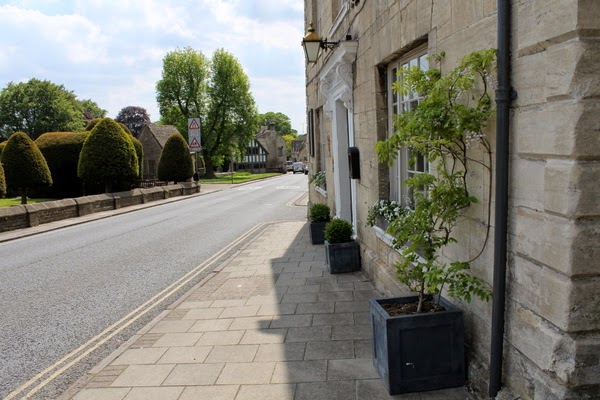 All in all Painswick is a really lovely place for a visit.  And it's another excellent reason to love sheep and all things woolly.
Posted by CJ at 21:41