We had a fantastic long weekend, with three lovely afternoons out, some beautiful weather and a general happy feeling.  Oh yes, and other than food and petrol it we only spent 40p.  I love that these little boys are happy to do things that don't cost too much.  What's that saying about the best things in life?

On Saturday they wanted to go to a local park that has a skate park there, as well as trees for climbing and the usual play equipment. 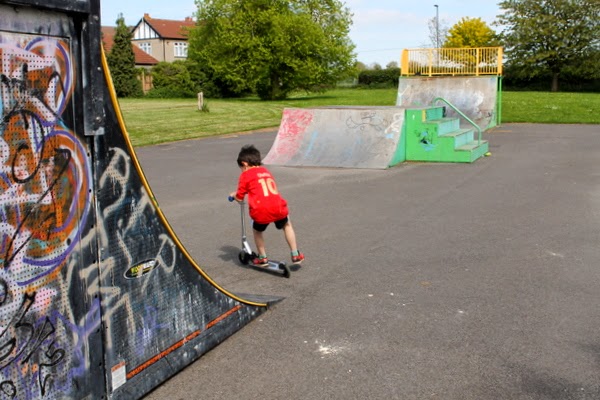 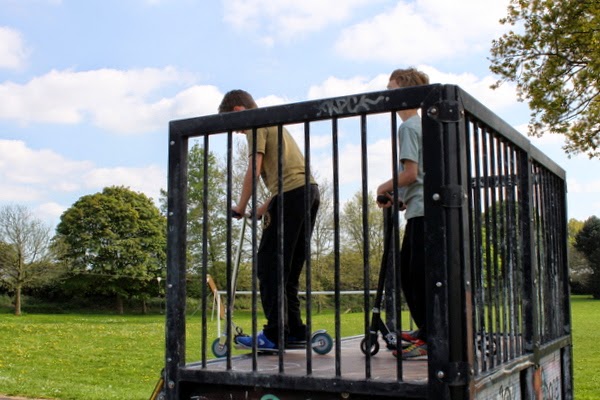 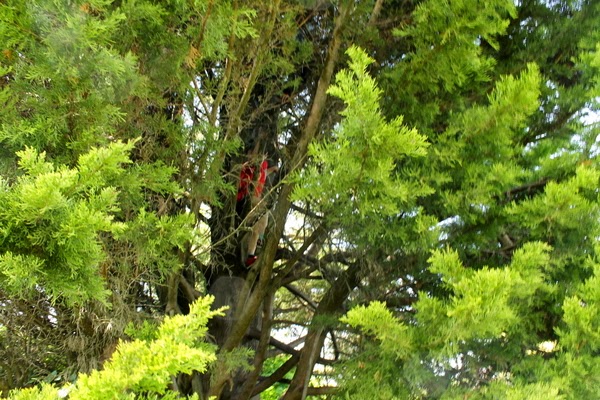 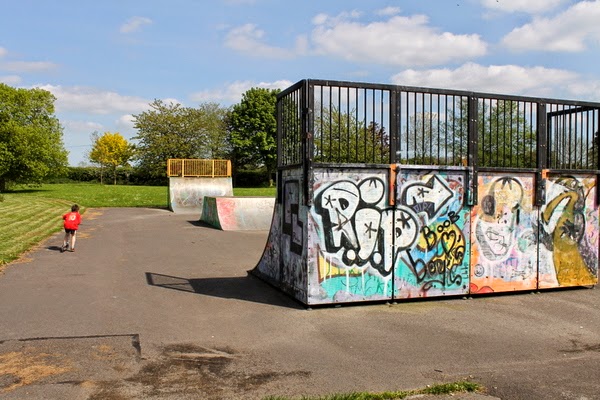 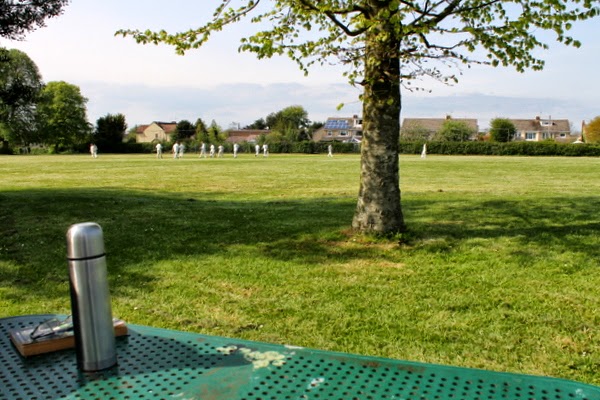 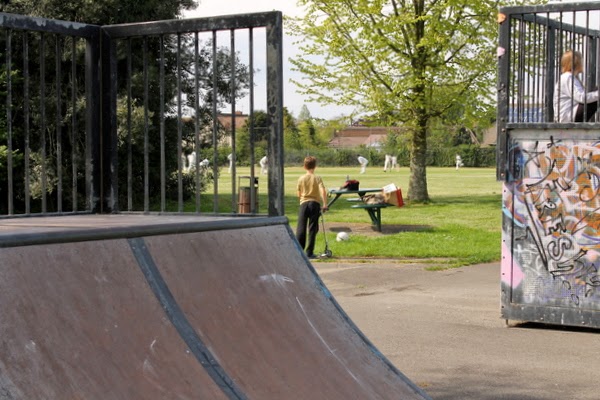 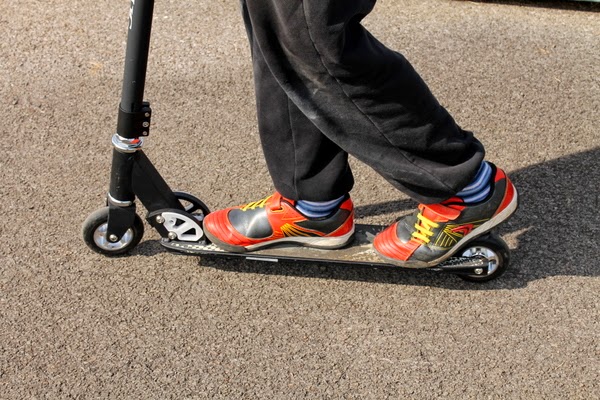 We stayed there in the sun for three hours, playing, reading, watching cricket.  I pottered around taking photos of boys and flowers. 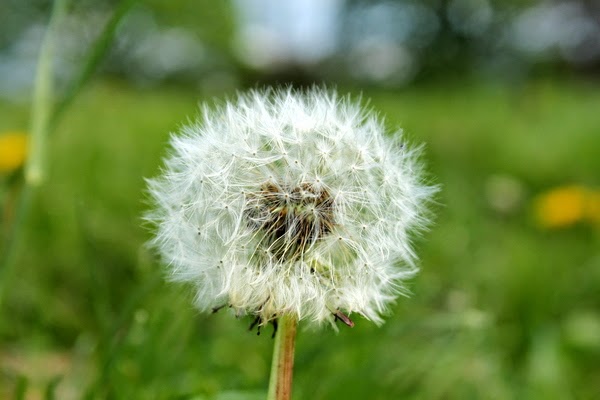 Hawthorn blossom is some of my favourite.  Such perfectly round buds, and close up the petals are like crumpled silk. 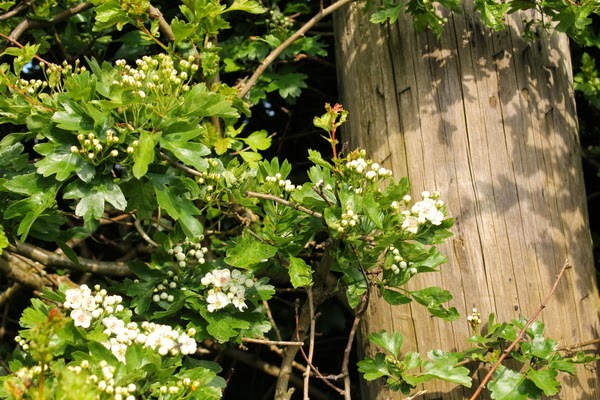 On Sunday morning I took the boys to the allotment and planted sweetcorn.  After lunch we went and jumped around on the beach.  They never get tired of sticks and stones and scrambling over rocks. 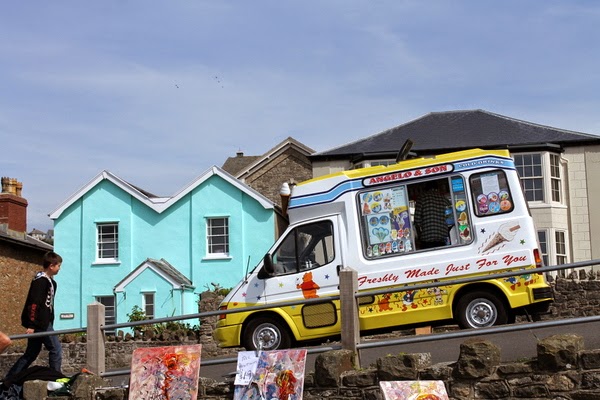 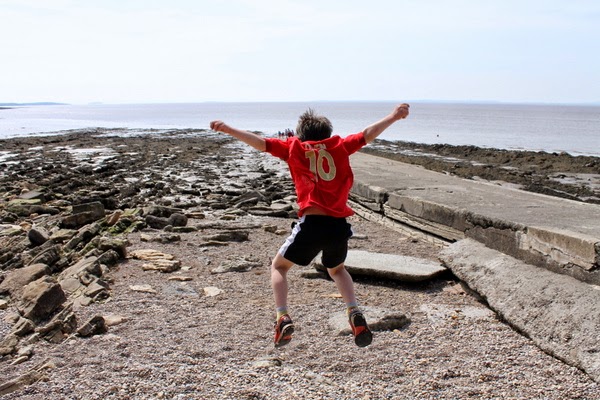 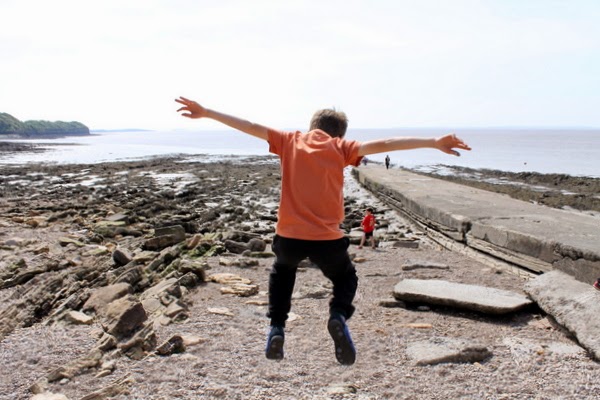 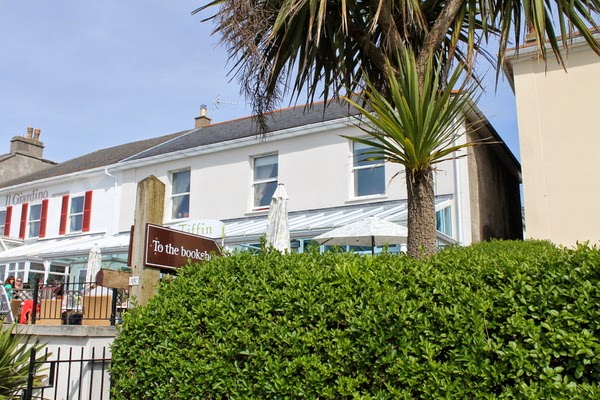 I always pause when I pass this wonderful fig tree that's out of the back of the cafe above, on the way to the bookshop.  It was pruned back hard last year, but it's still growing well with lots of little figlets on it.  I wanted to visit back in the autumn at fig time, but I missed the moment.  I don't know whether the figs were any good, whether they were collected and eaten.  Maybe I'll find out this year.  Although it's in the cafe garden I don't think it's accessible from there, but it does overhang the lane.  If I was there at fig time one might fall into my hand as I passed, you never know, stranger things have happened. 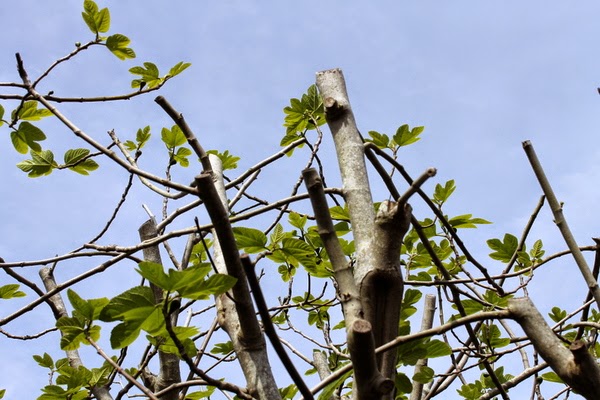 I gave the biggest boy 20p to look through the telescope at some birds at the water's edge.  They turned out to be gulls, but he was quick to assure me that they were the most unusual of this country's regular gulls, just in case I thought it was a waste of 20p.  And I gave them 20p for the toilets.  And that was the extent of our expenditure over the three days, except for food and petrol, which I know is of course a huge chunk of money, but nonetheless, it's easy to find that somehow a whole load more has been extracted.

On Monday we went for the walk that I already posted about.  It was only about two and a half miles, but we took about two hours over it.  There was plenty of climbing and constructing and general boy stuff. 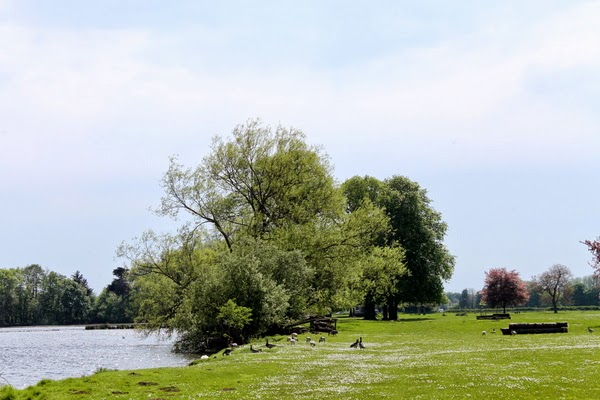 You may have noticed that the littlest boy wore the same clothes for all three days.  After the first two days I made it clear that they were to go in the laundry basket.  He seemed to agree, maybe in retrospect a little too readily.  The next morning they were nowhere to be found.  And before I knew it, there he was again, wearing the same slightly grubby football kit.  Once his clothes are on, it's much too tricky to make him take them off again and change.  Pick your battles, you know.  I mentioned that I hadn't been able to find them in the laundry basket because he'd squirrelled them away somewhere.  He said that yes he had, he'd put them under his pillow.  In retrospect, a little too readily.  The next day when he was safely at school (in his uniform) I went to the laundry basket.  Nothing.  Under the pillow.  Nothing.  I finally found them stuffed into a desk drawer.  Is it me or is it slightly disturbing that he can deflect the questioning quite so deftly and convincingly?  At five.  I'm not thinking about the future.  At all.
Posted by CJ at 22:09