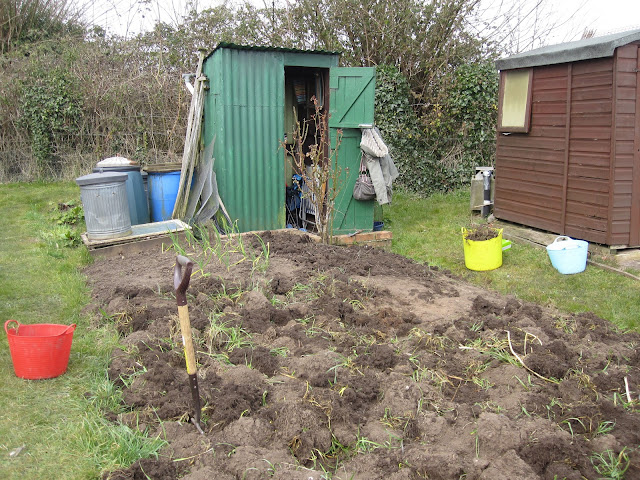 Not the most inspiring sight, but this was my allotment yesterday.  Back in the autumn I sowed some green manure, which was supposed to be a mixture of wonderful things but mainly seemed to be very strongly growing grass.  It has taken me two digs to get it even half dug in, and I'm not sure I'll bother again, although I'm hoping that it did stop some of the nutrients from leaching away in all of that rain that we had.  My allotment is at the bottom of the site, as far away from the gate and the road as you can get.  Behind the shed is the boundary of the site and behind that is a lovely babbling stream that I can hear when I'm working. 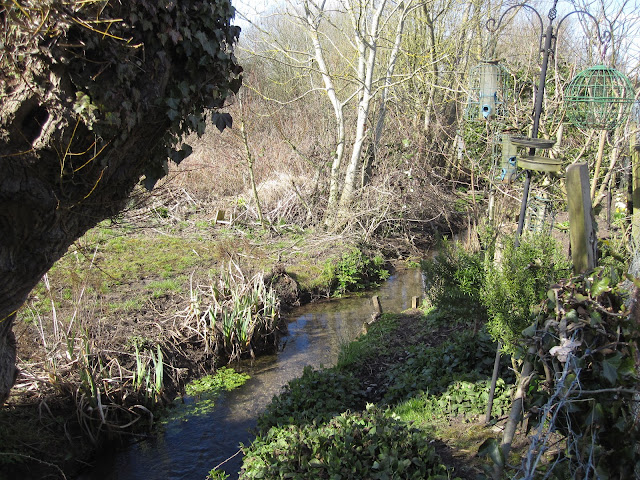 I've had the plot only since July, so this will be the first proper growing season, although I did put some courgettes in back in July which did really well.  A bit too well in fact if I'm honest.  I put a Post-It note on the door at home saying, "Nobody leaves without a courgette".  And I took to yelling, "Courgettes" instead of "Lunch".  But all that is a distant memory now, and although I've got windowsills full of seedlings there's not much at all happening down at the plot.

On Monday I took out a huge mint plant.  I'd heard that they were invasive, but it wasn't until I had to dig one up that I really appreciated what this meant.  I have a feeling that there is still some lurking in the soil as well.  Before I took over the plot, it had been looked after by the same man for over 45 years.  The soil is fantastic, but it was fairly weedy as it had been neglected for quite a while. 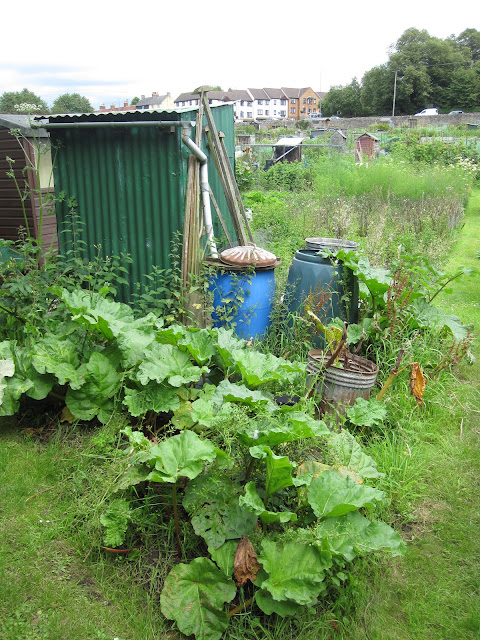 This is the view back then in July, looking from behind the shed up towards the high street.  Most of what you can see beyond the shed is weeds, except for a fantastic patch of asparagus, and some blackcurrants, gooseberries, strawberries and raspberries.  The huge weeds are gone, but there are plenty of smaller ones still to be tackled.  Occasionally I have a bit of a panic attack about the amount to be done, but little by little hopefully it will be dealt with.

Yesterday I planted a little plum tree and did some weeding, kept company by this little chap who was on the lookout for worms. 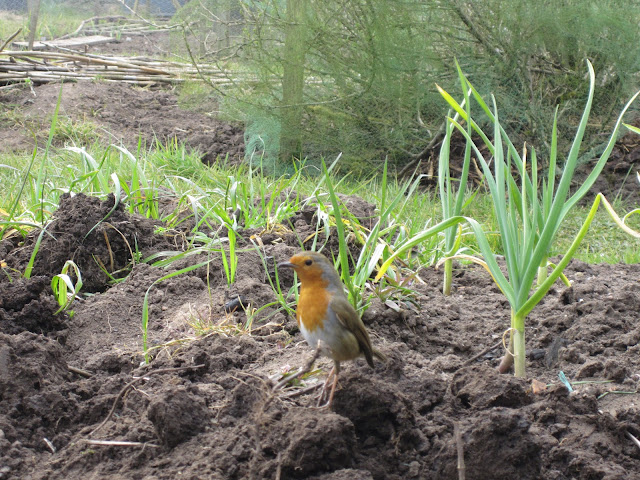 He really came incredibly close.  You can see some garlic to the right of him; I've grown this at home in the raised beds I have here since we moved in, and it always does well.  It must be one of the easiest things to grow.

And finally, a little mystery from the depths of the shed. 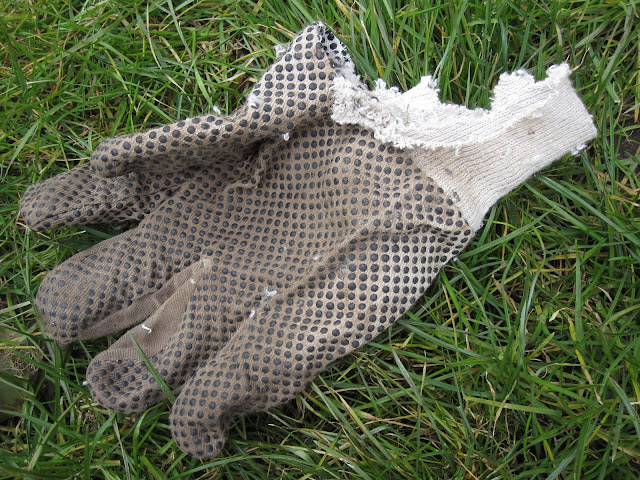 I found this gardening glove which has been eaten away over the winter by something.  I'm thinking mouse and trying very hard not to be a complete girl about it.  But honestly, if it's a rat I will be screaming.
Posted by CJ at 16:14