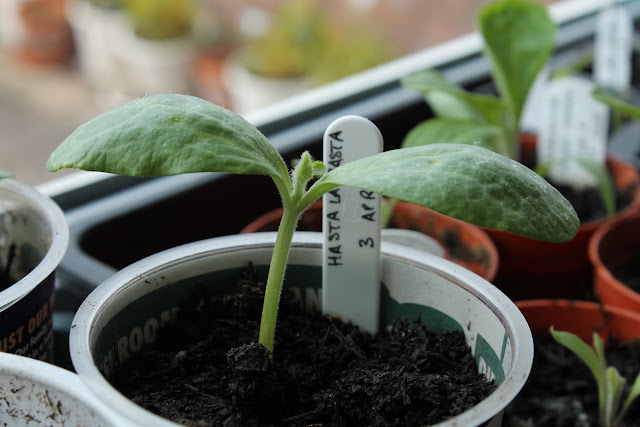 I'm having a go at squashes this year.  I've tried them before at home without much success but I'm hoping that the soil at the allotment will be rich enough for them to do well.  While the raised beds at home don't have particularly good soil, the allotment is another matter.  Before I took it over last July, the same man had had it for some 45 years.  He'd won awards for it and it was always pointed out on the open day as a plot to go and have a look at.  By the time I took it over it hadn't been touched for a while, but the soil is lovely, dark and rich, and the few courgettes I planted last year did really well.

I've put some seeds in; I do love squash seeds, they're so big and user-friendly, and the seedlings are chunky and healthy looking right from the start.  I'm growing three varieties, Hasta la Pasta (a spaghetti squash), Potimarron and Red Kuri, although I'm not sure the latter will germinate as they are just out of date. 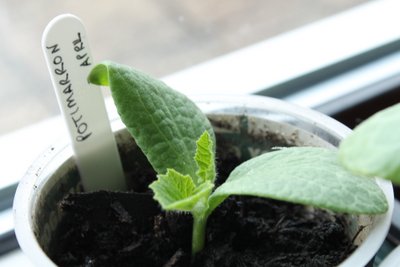 The others are doing well though.  I've been consulting my favourite vegetable book, "The Great Vegetable Plot" by Sarah Raven. 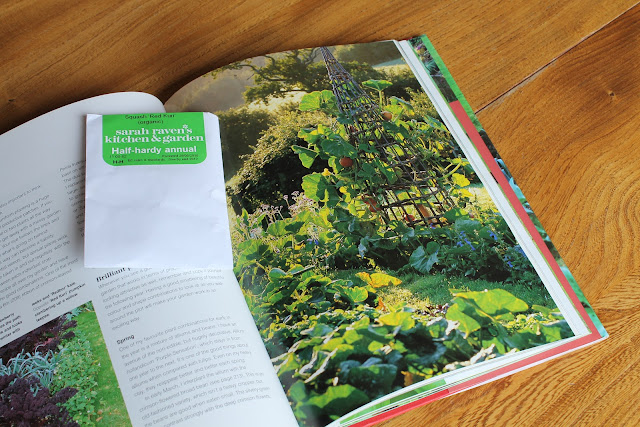 The pictures are divine, and it is a very readable book.  In fact I've read the whole thing cover to cover, and as well as being enjoyable it's full of really useful tips. 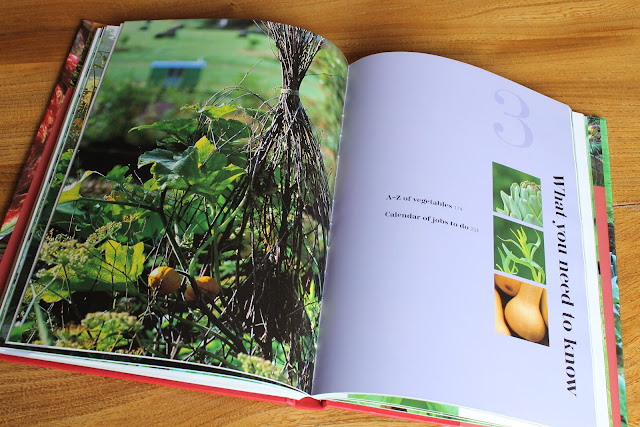 Apparently squash seedlings hate the cold and shouldn't go outside into the ground until early June.  They like a sheltered spot and lots of manure.  So a little fussy then.  I've tried them twice in containers before; the first year I decided to cut off a second stem which didn't have any fruit on it as it was straggly and battered.  In a moment of ridiculous inattention I cut through the stem with the squashes on it.  Couldn't believe how stupid I'd been.  The next year I remembered doing that and took much more care.  And somehow did exactly the same thing again.  Really.  I just sat on the ground staring at it in disbelief.  Stupid taken to a whole new level.  I'll be far more careful this year... 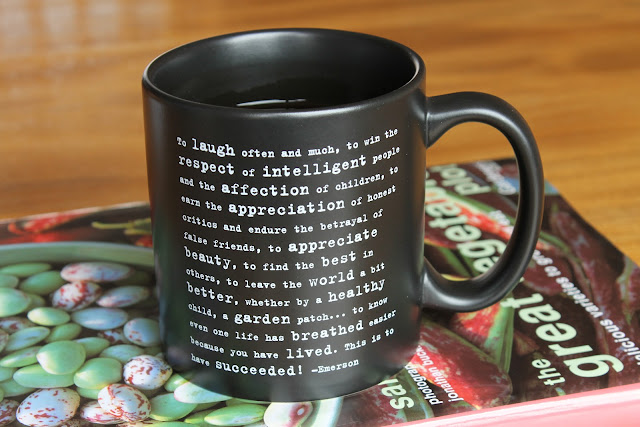 I'll leave you with one of my favourite quotes on my favourite mug.  Enjoy it while you can, as I'm quite clumsy so mugs don't last long in this house.  Are you sensing a theme..?
Posted by CJ at 16:18