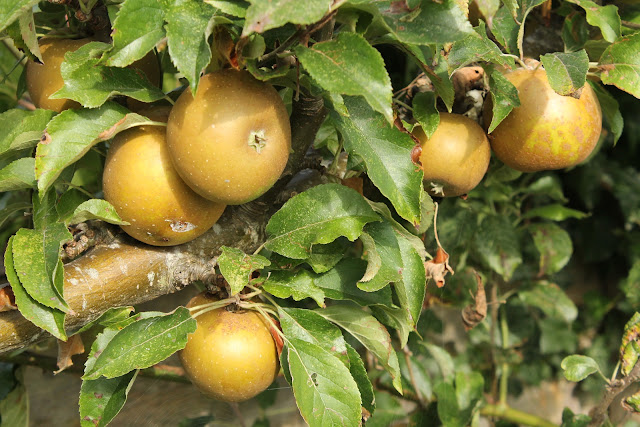 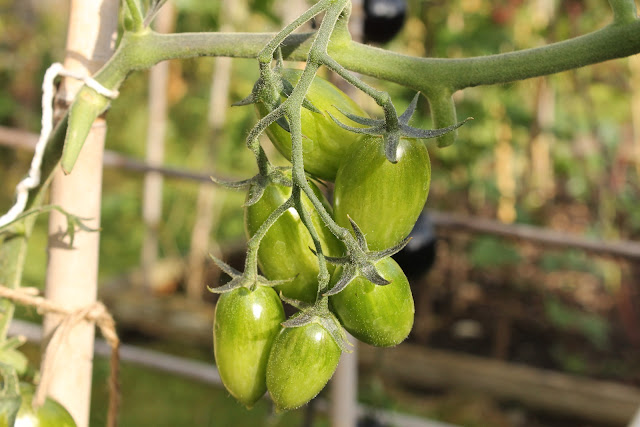 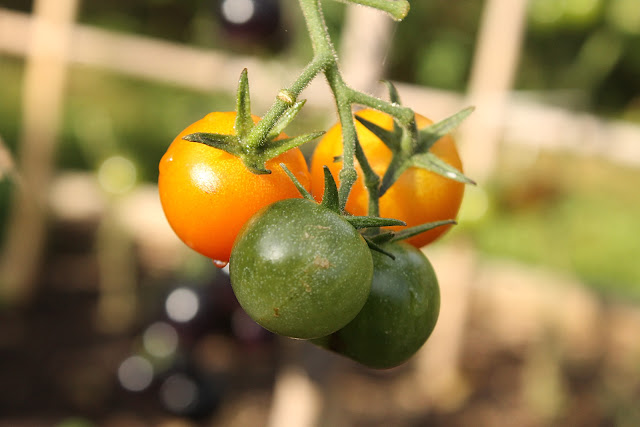 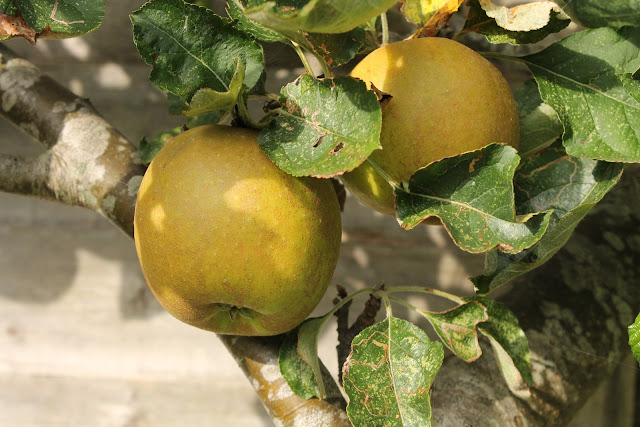 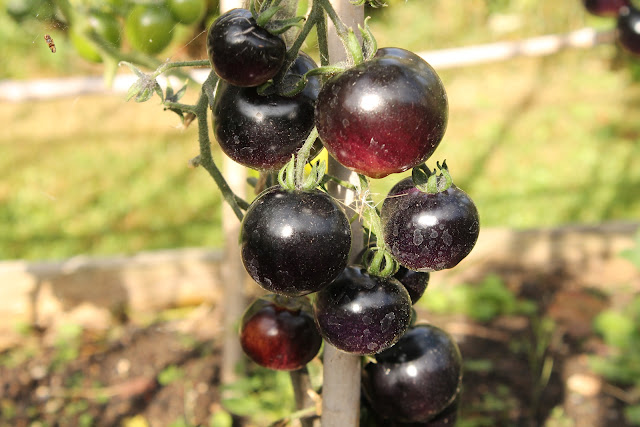 I've grown a motley assortment of tomatoes this year, including some almost black ones called Indigo Rose. There are loads of them, so they've done well outside, which lots of varieties don't around here, but they're all, well, almost black. It's slightly offputting, and apart from anything else I can't really tell when they're ripe. They do seem to go slightly pink underneath and inside when they're ready. I'm not sure I'd grow them again though, they're not something you can easily slide past the children. I've also got some Artisan Pinks and some green stripey variety that I can't remember the name of. I think I must have been having a moment when I did my tomato choosing this year.

The littlest boy is setting in to big school, although he has apparently got lost quite a few times. His brothers have seen him wandering around miles from where he is supposed to be. I have restrained myself from yelling MY POOR BABY IS NO-ONE LOOKING AFTER HIM??? but of course you know that I am thinking it inside.

Last weekend marked the transition from football to cricket. The last cricket match was on Saturday, and it was pretty chilly. Football started on Sunday and it was so deliciously warm that I went and stood in the shade at one point. Long may it last.

I have failed in both my news diet and my food diet. Well, the food diet never got started to be fair. I was undone by a tray of the most amazing cherry and dark chocolate flapjack. It was honestly all I could think about all day until it was gone. I have sworn never to make it again, it was shockingly good, but oh, the lack of willpower. I also started listening to the news again, but only in short bursts. Just the headlines, which are frankly more than enough.

I served a lightly steamed caterpillar by mistake the other evening. It was very traumatic, especially for the littlest boy who was the one who had it on his plate. It's enough to put one off broccoli for life.

My white wisteria grew a bean this year, which I've never seen before. 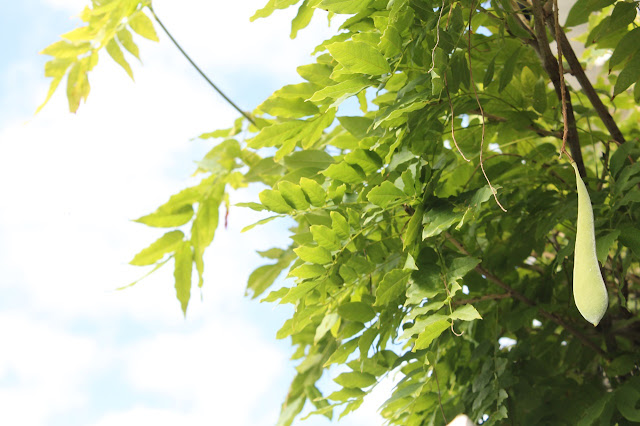 I'm wondering what I'll get if I plant it. Maybe some exotic new pink and white striped variety. Who knows. Right now it is hanging in the sun ripening. I suspect it will probably only have one bean in it, as the pod doesn't look very full up at the top. I'll definitely try and grow it when it's done. Perhaps I'll get a magic beanstalk.

Well, a random assortment of not-really-news today, but it's that time of year here. Back to normality, and a check-in with writing goals and that sort of thing. There's been some decluttering and some organising and some new regimes, and of course some anxiety, and I'm about to press my nose to the grindstone, any minute now. Hope all is well with you and that September is treating you kindly. CJ xx
Posted by CJ at 10:55