Under the apple turnovers 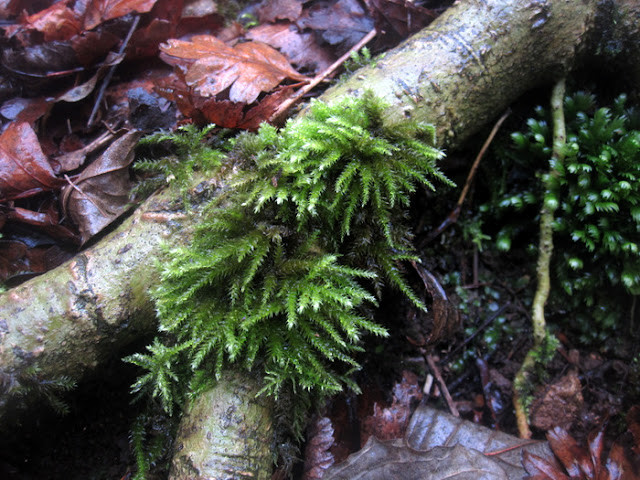 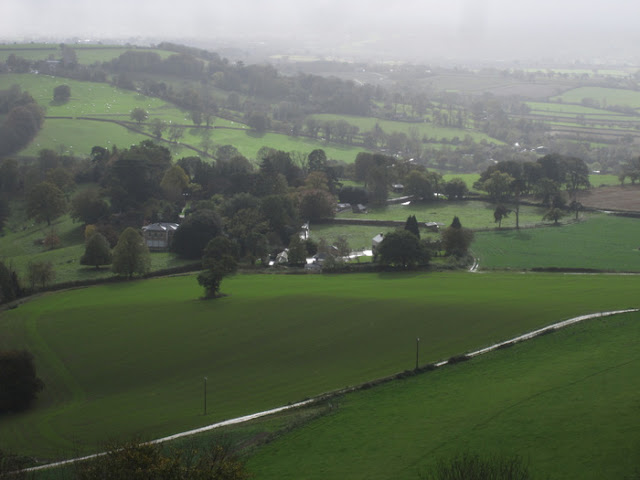 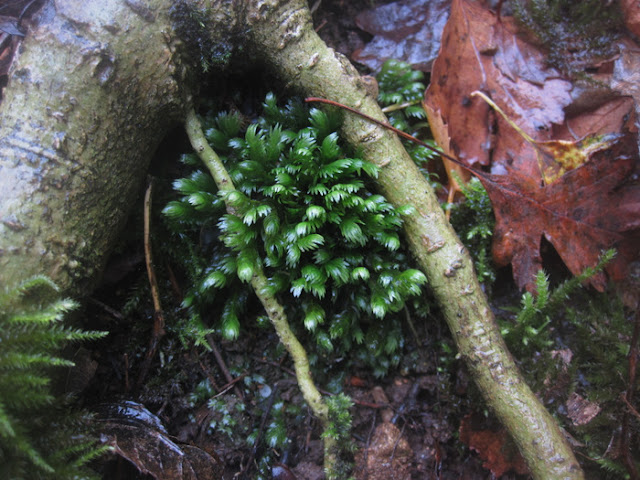 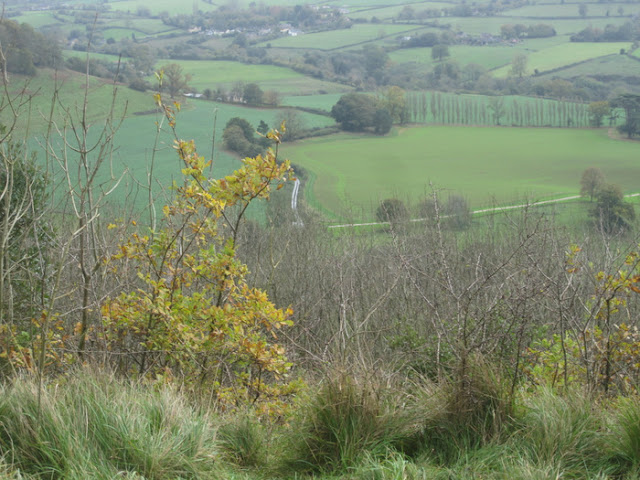 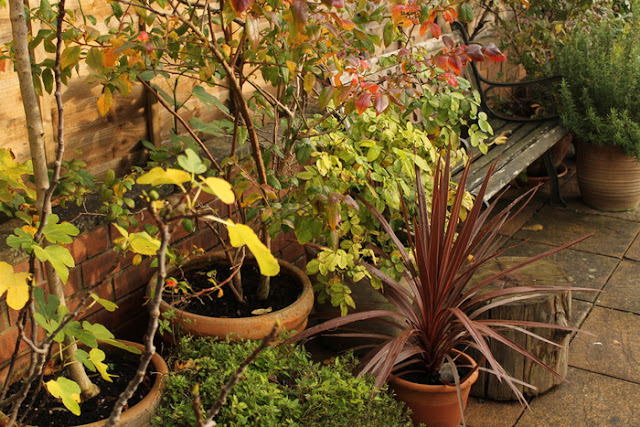 Half term has flown by in a flurry of little trips, constant dog walks and attempts by me to write something I need to get done by the end of the month. It hasn't been hugely successful. The littlest boy helped me along today by reading jokes from his book of 1001 Really Stupid Jokes while I worked. I keep hiding it, but it keeps turning up again.

Him: How does Dracula keep fit?

Me: (After a tired pause) Brilliant.

Him: What were the only creatures not to go into the ark in pairs?

Me: Don't know but can you read them in your head, I'm trying to work.

Him: Maggots. They went in in an apple.

Me: Shssh now, let me concentrate.

Him: Okay, just do this one.

Me: I don't know, what is a skeleton's favourite instrument?

Him: A trombone. What kind of snake is useful on a window?

Me: CAN YOU PLEASE BE QUIET, I CAN'T HEAR MYSELF THINK.

Him: A viper! Did you hear about the skeleton who was attacked by a dog? It left him without a leg to stand on.

I gave up. You can't fight that level of ridiculousness.

We squeezed in a quick puppy groom yesterday. The pup needed his chin and eyebrows trimmed. He emerged looking like a cloud. Half an hour running round the park with a spaniel soon sorted that out. I don't really mind though, there's something very satisfying about seeing a dog running round madly with a new chum. He found a (mostly) empty can of strong lager on his walk this morning and galloped about with that a bit. That wasn't as good, I could see the lager flying out onto his newly fluffed coat.

Has anyone ever seen a school shirt looking like this before? 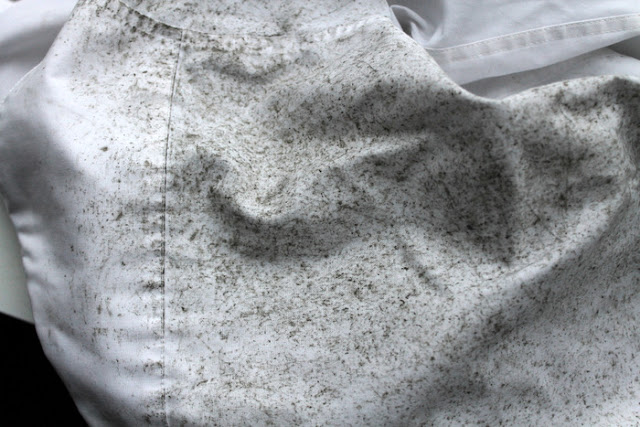 I have a feeling it may be a new world record. The littlest boy tried very hard to sneak it in without anyone noticing. Harder than he expected I think. He claims to have fallen over.

I am thinking about knitting a cowl in moss stitch. Madness? I fear it may be. In fact I think I started one before and unpicked it in fury after two rows. 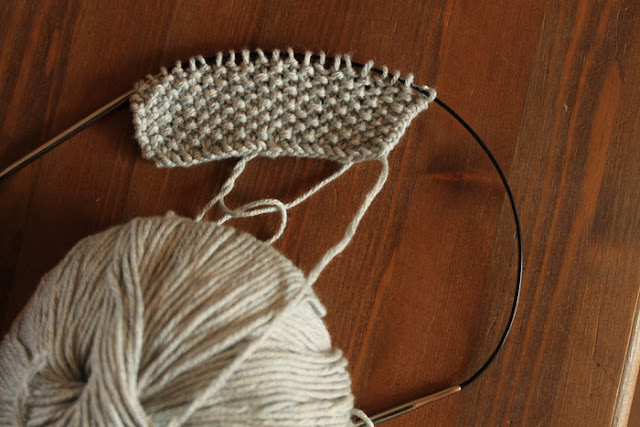 There was a goldcrest in my fridge earlier. The biggest boy found it on a bike ride yesterday and brought it home in an enormous carrier bag. He wanted to do a post-mortem drawing of it. I popped it into an empty ice-cream tub under the apple turnovers.

It's an amazing little bird, so tiny. A picture, if you can bear it, showing its little yellow crest. 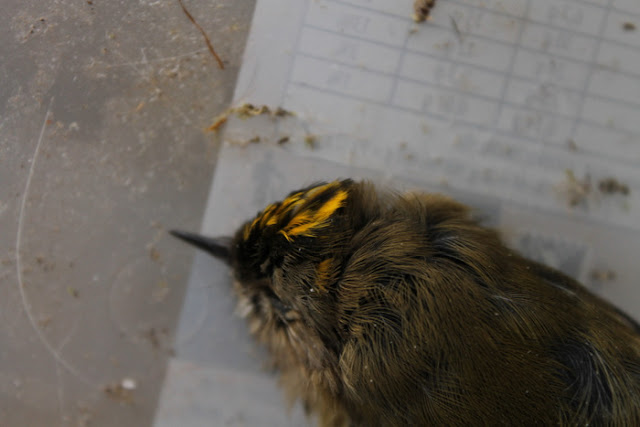 I am off to do a little more beavering away at the writing job now. Wishing all a good weekend. We will be puppy training and playing football as usual. And in between I will be constantly vacuuming up chewed up sticks and washing mud out of things. Honestly, it's never ending no? I dream of a weekend alone somewhere, wandering, writing, reading, soaking up the peace and quiet. If I close my eyes I can picture it all. Of course I would spent the time worrying about what was happening in my absence. Chaos and mutiny. I can picture that as well and pretty vividly.
Posted by CJ at 22:20