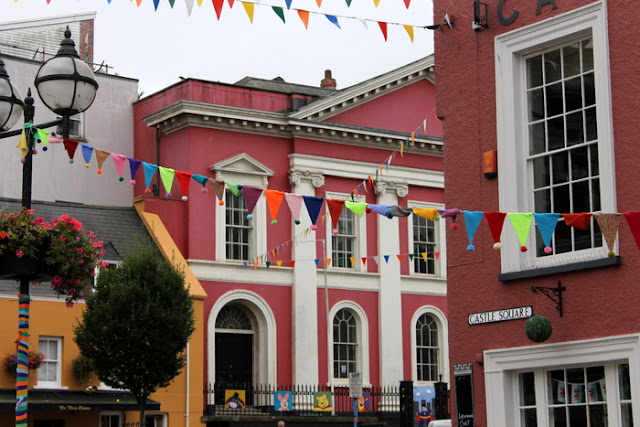 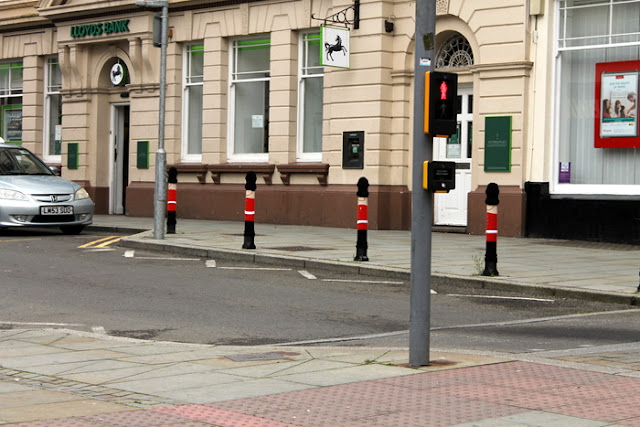 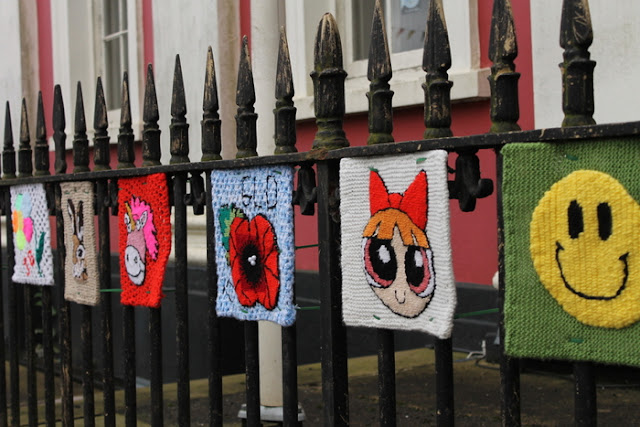 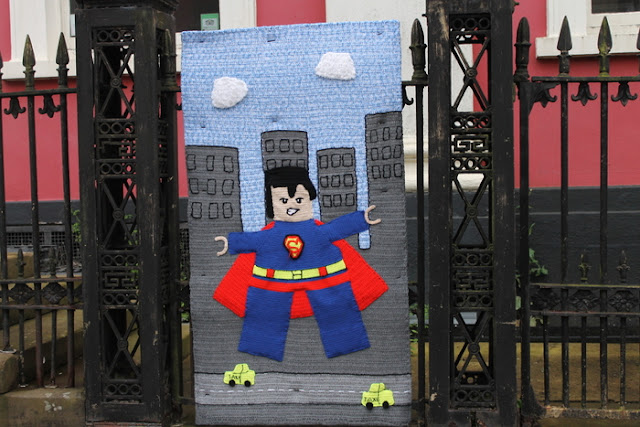 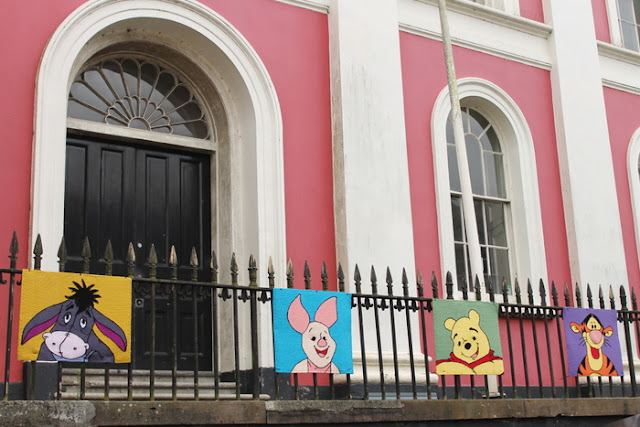 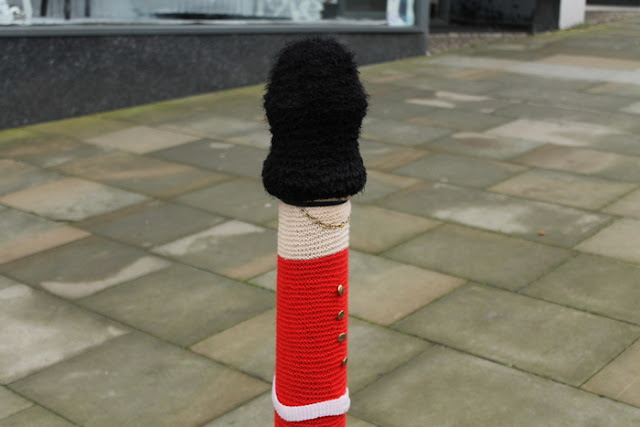 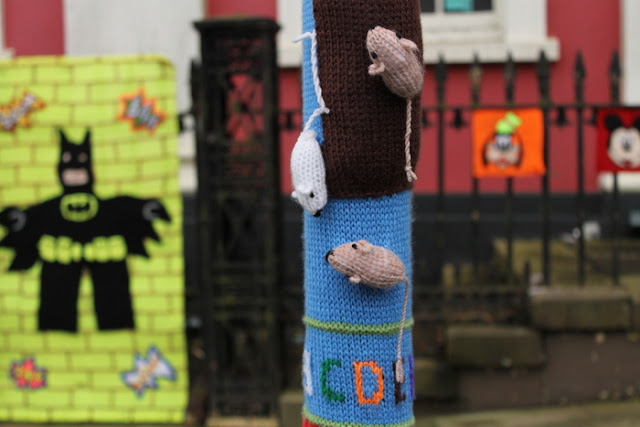 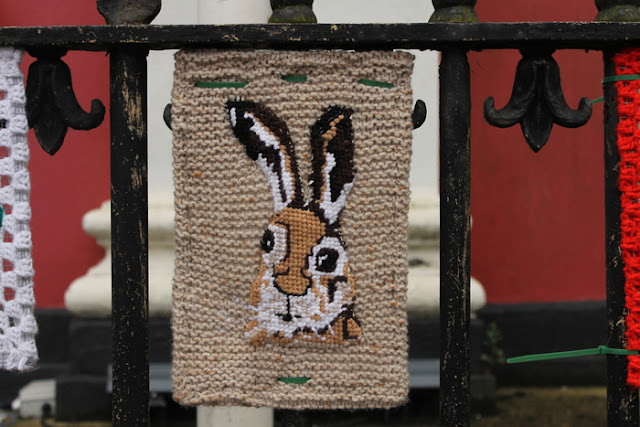 Discovered this yarn bombing in deepest Pembrokeshire while looking for a chippy, you know how it is. I managed to snap a few quick pictures before I had to run to keep up. I always seem to be taking really quick photos then hurrying along, trying not to get left behind.

The hare is particularly lovely isn't he. And the Queen's Guards, I like them a lot. We have a saying in this house when someone's in our way which comes from a silly little video of a hapless tourist getting in the way of the real Queen's Guards. He's milling around outside Buckingham Palace as the Guards approach. His wife says to him, "They're coming through Derek, mind. Mind. MIND." Derek doesn't grasp it at all and barely moves. The Queen's Guards come marching through him and he goes flying. When we first discovered it the boys re-enacted it quite a bit in the living room until some people were on the floor in pain. So now we just try to do the words. "Coming through Derek, MIND," whenever we need to get past each other.

September is truly here. It's been a weekend of mud and showers. On Saturday the middle boy actually lost a trainer in thick mud. He went to a fishing competition and was trying to get some water out of the lake apparently. The mud sucked his trainer off and by the time he got someone to help him the mud had closed over the trainer and it was lost forever.

Today was all football boots and wellies and the dog galloping through wet grass until he looked like a drowned rat. I took him for a final walk as the sun set. It was lovely to get out for a moment's peace and quiet and feel the wind blowing in my hair. Although to be fair it had been blowing in my hair most of the day, but combined with the peace and quiet it felt different somehow. Lights were coming on in people's houses and it all looked cosy and Sundayish. Bertie had a gallop with a friend and has been a nice puppy ever since. As opposed to earlier when he was less nice and stealing the washing, chewing the house and generally moving from one naughty thing to the next.

When I got home the other half was on the phone. Some lovely person had found the middle boy's missing trainer from deep in the mud and it will be returned to us. A result no? I rescued the other one from the bin and crossed New Trainers off the to-do list. Happy.
Posted by CJ at 21:57