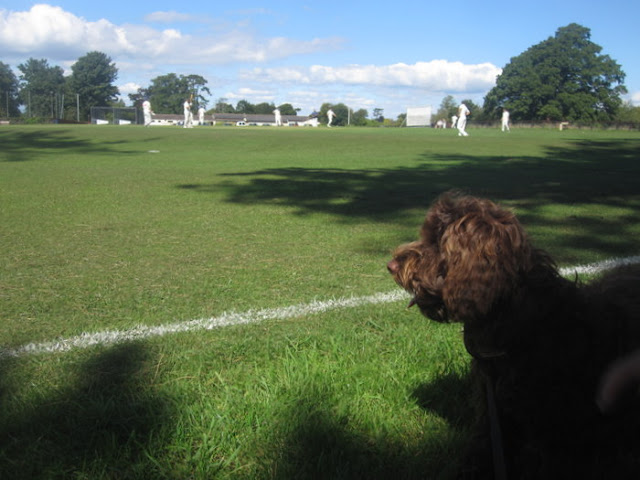 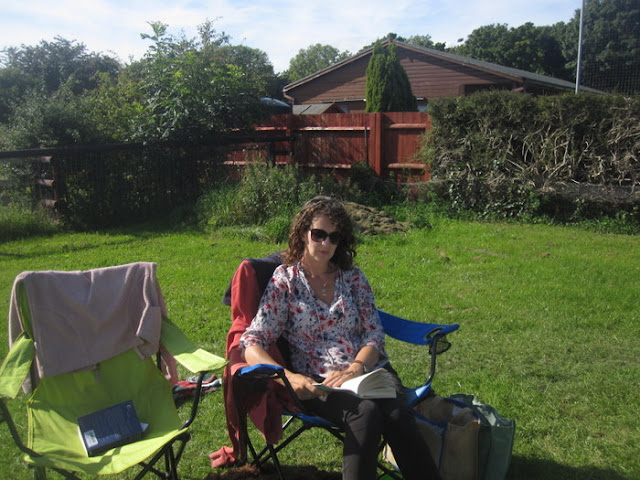 A weekend of two halves. Saturday: glorious sunshine, cricket, which you will see I watched attentively, walking the dog in the woods when all that sitting down got too much and a few light snacks on the grass. Sunday: rain, football, wet dog.

Bertie had his eyebrows trimmed the other day, the better to see us all. They gave him a bit of a wash and brush up as well and he was returned to us more than a little perfumed. I preferred the puppy smell. It was strong enough to fragrance a whole room. The perfume that is, not the puppy smell, that was nice and pretty much undetectable.

The grooming place had a whole menu of extras you could add to your dog's pampering experience including a blueberry facial, paw wax, a hydrating butter treatment, fresh breath foam and a spritz of perfume. A blueberry facial. How would that even work? Bertie should be counting his lucky stars. Although a little soothing paw balm might be a nice thing after all that beach galloping. There was something about nose moisturising as well. Maybe that's where the hydrating butter goes.

Dog training continues apace. I was in trouble when I let Bertie eat the bit of sausage he was supposed to be Leaving. I thought I detected a micro hesitation, at which point I thought I was supposed to reward him. Apparently not. Everyone also needs to work on Waiting At A Door as well. A lot of rushing through in front of one's person which isn't the done thing at all. Waiting Nicely is what we're aiming for. Lots to work on. Next week it's recall.

School is off and running and the shops are nicely full of new notebooks. Some people love shoes; I'm a notebook and bag person. All the endless possibilities for adventure and finding an inspirational spot to sit and write. Scribblers amongst you, don't waste the opportunity, get out there and find yourself a new notebook while they're in season. Before you know it we'll be on to Hallowe'en and you don't want to be full of regret for opportunities lost.
Posted by CJ at 11:59