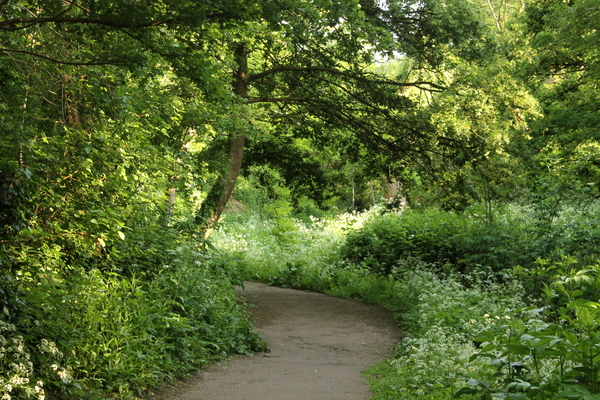 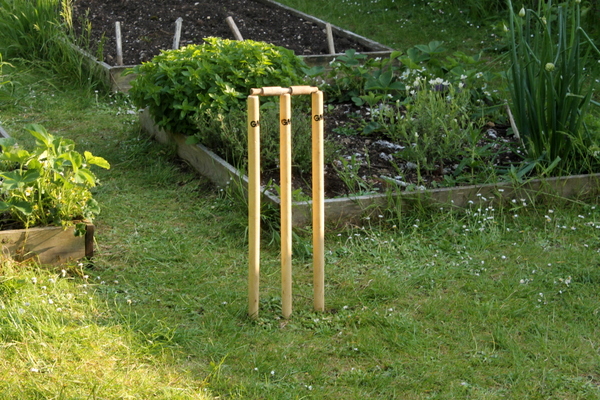 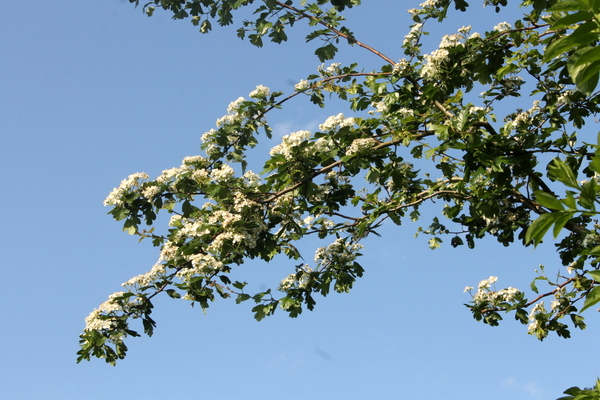 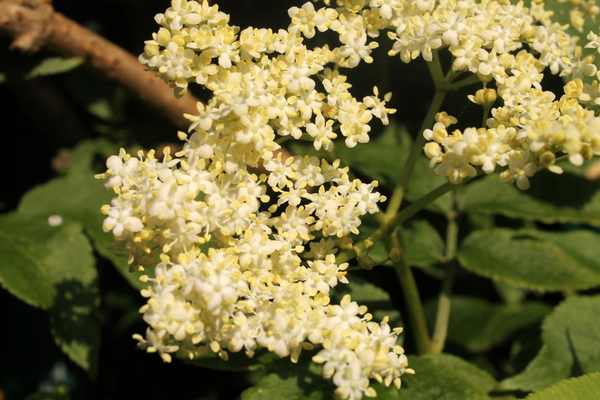 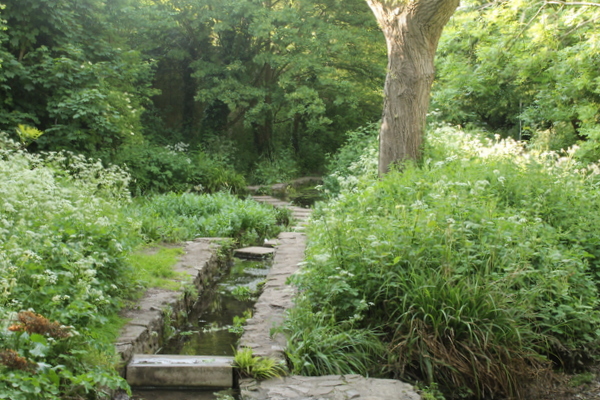 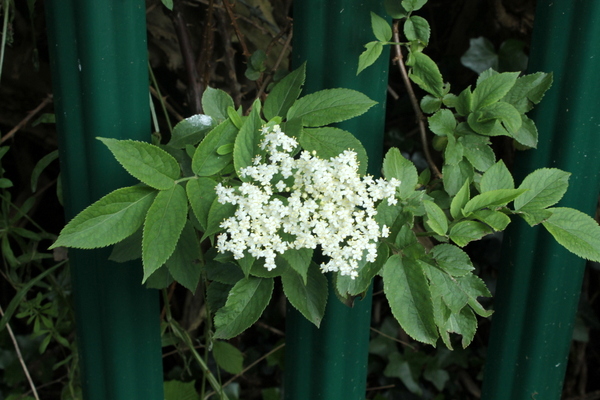 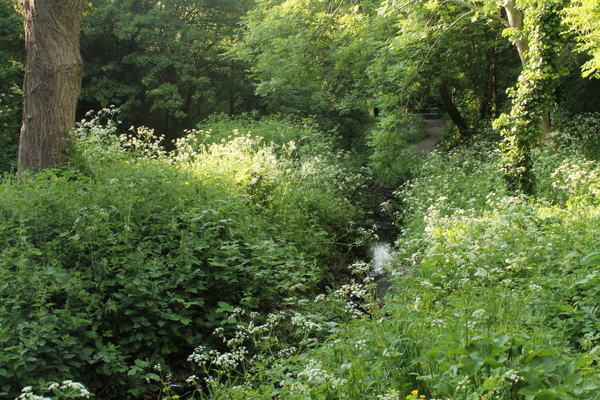 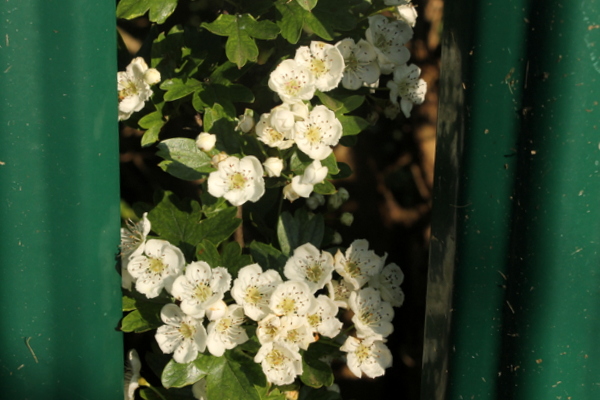 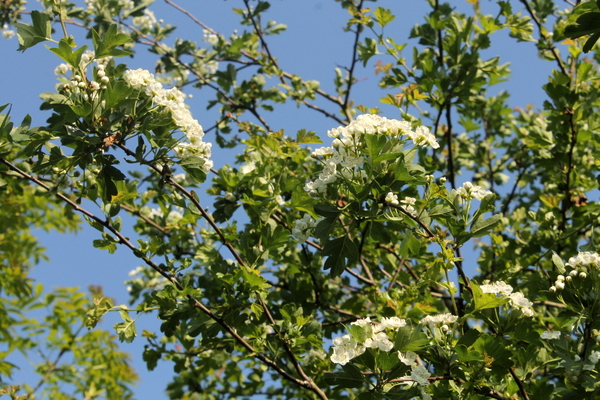 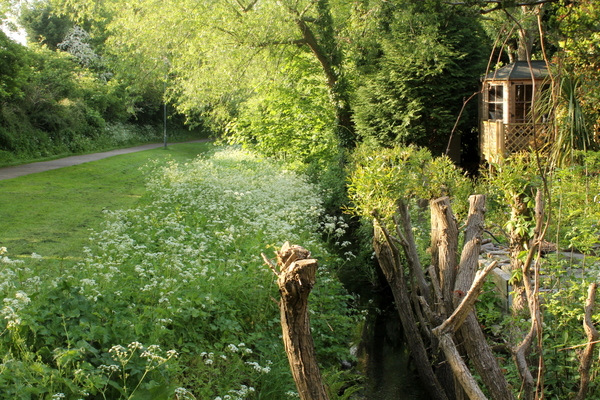 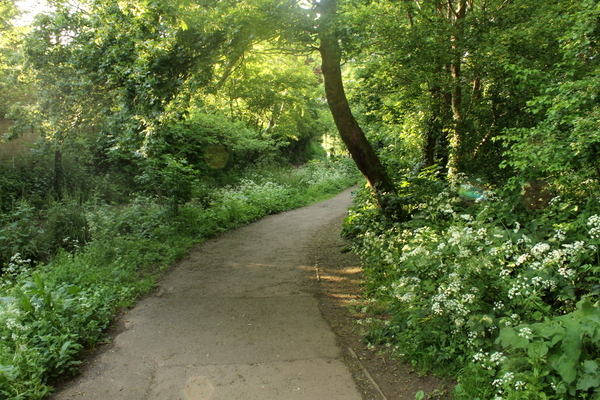 Down the garden path, past the destruction that is cricket in a confined space and out the back gate. In the lane the elderflower is just starting to flower. I think I shall make cordial this year. If anyone can point me to a reliable recipe I shall be grateful.

After the Sunday's deluge everything is greener than ever. It's the only colour in my photos I think, apart from a little brown and a blue sky. And of course the white blossom. I love those little spherical hawthorn buds, and the great froths of cow parsley everywhere.

I trotted down to the local hall to pick up left-behind clothes from the weekend's camping. Oh they were horrible. Think thick mud, stagnant water and grit, all nicely sealed in a plastic bag in a warm place for three days.

Back at the homestead the cricket had degenerated into fury. There had been shouting and throwing and storming off. A late night too far I fear.

At the allotment today the asparagus was knee high. It grows at three times the speed when it's been raining. There's a lovely big pile in the fridge now. I might make Delia's asparagus and cheese tart which is scrumptious, or I might go for the easy option of steaming it briefly and adding some butter and salt.

I had a bit of a surprise when I opened the shed: a hornet. I've never seen one before, it was massive. at least an inch and a half long. I took a terrible photo of it, and then someone came to ask me something and by the time I'd finished talking it flew away. I was going to put a pound coin next to it (my last one after the children bled me dry at the football tournament) for scale. On reflection that might have been a bit ambitious, I'm not sure that hornets that have just been dazzled by sudden sunlight in their dark shed are hugely appreciative of being made to pose next to coin of the realm. I would be The Girl Who Annoyed The Hornet And Learned A Valuable Lesson. Anyway, here's the photo, such as it is. Enormous remember. 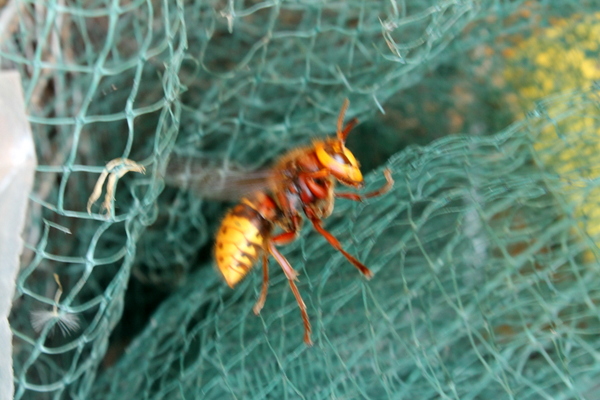 I wonder if there will be more... I shall open the shed door with a little less aplomb next time.
Posted by CJ at 20:42