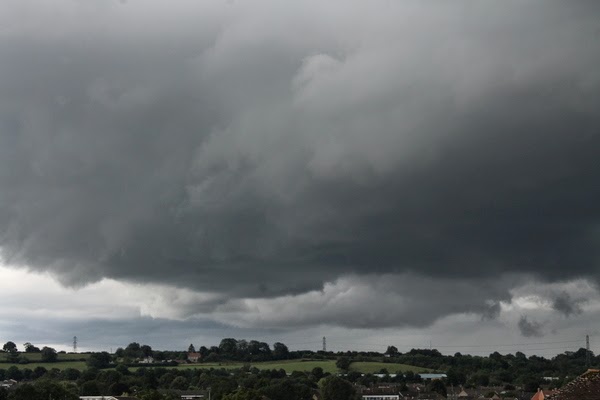 I've been enjoying the stormy skies that have rolled over, bringing thunder, lightning and the odd deluge. 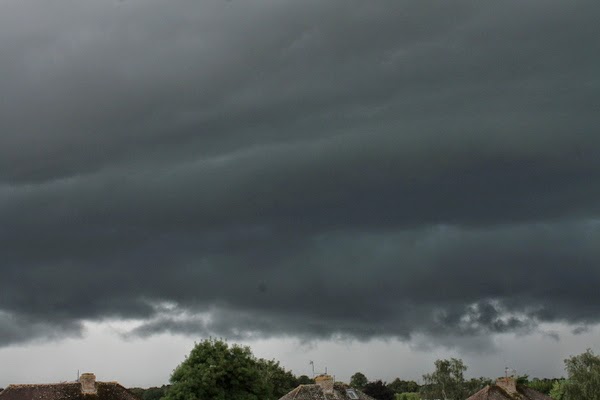 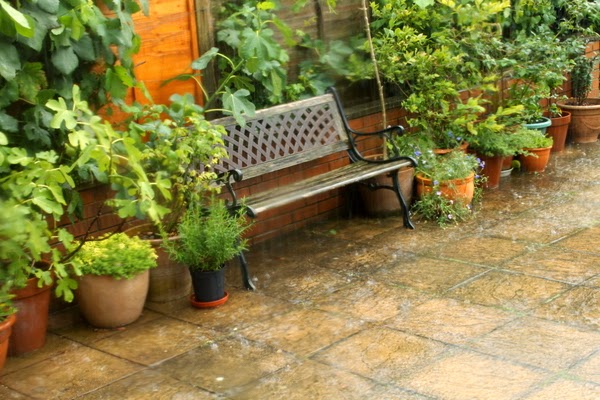 I spent a moment with my head out the window watching the water on the patio.  I stopped when the water started running down my back. 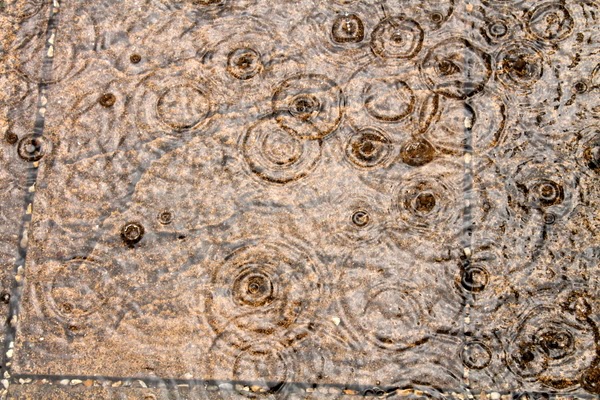 In the garden, something's amiss.  The apples have gone wrong. 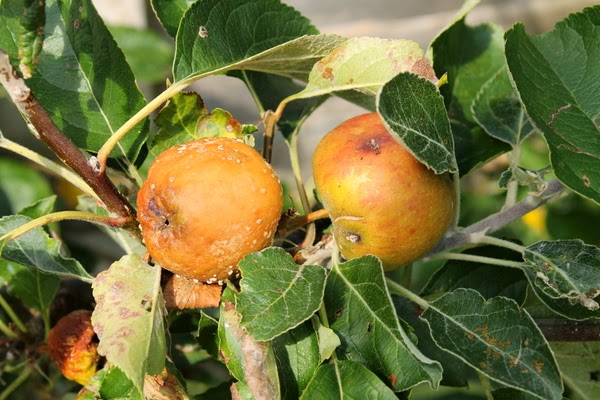 There are a handful of normal ones, but most of them have failed to grow to the proper size and now they've started to rot. 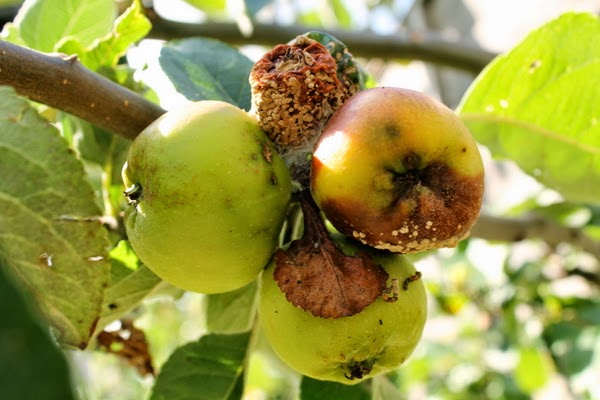 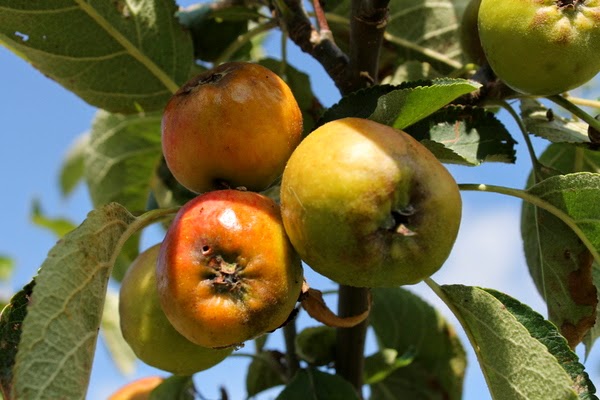 Inside there's no sign of insects.  These went a bit extra brown while I went and found the camera, although there was a bit of brownness anyway. 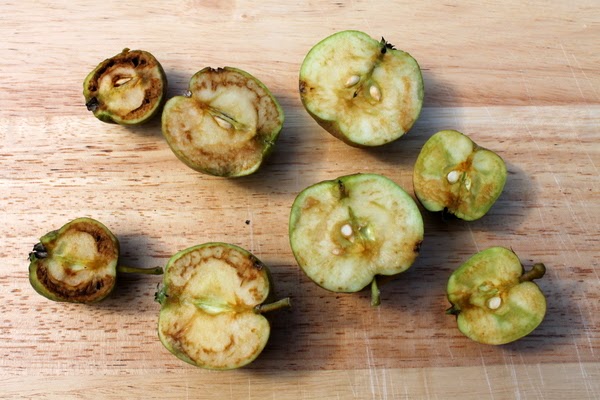 If anyone knows what's happened, I'd love to know.

I took all of the non-growing ones off and summer pruned the trees, removing the whippy stems back to a couple of leaves.  The Ribston Pippin and Egremont Russet are the ones that are affected.  They grow next to each other.  Further up the garden is a Worcester Pearmain which seems fine. 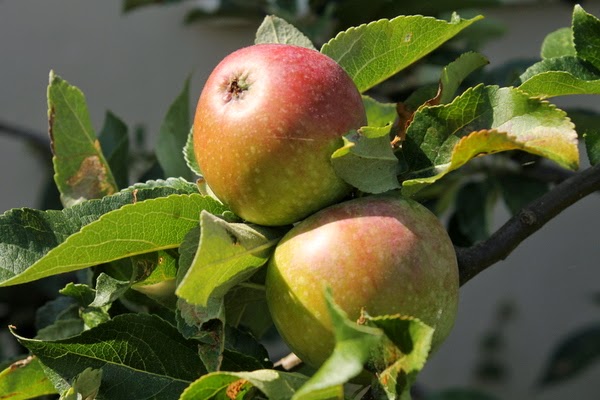 While I was outside I took some lavender cuttings.  It's a white stoechas type, and really pretty.  A basketball landed smack in the middle of it, so a lot of the cutting work was done for me. 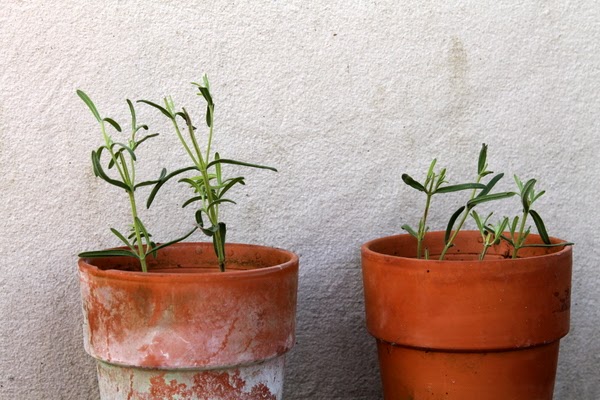 My neighbour gave me four kale plants, which made me happy.  I put them in too.  They wilted a bit, but I'm hoping they'll perk up overnight.  I haven't protected them from butterflies or slugs or anything, so I'm guessing they might have a rough ride ahead.

At the allotment I've got some sprout plants, also someone else's leftovers.  I protected them against butterflies.  So imagine my surprise when I looked under the covers and found several of these. 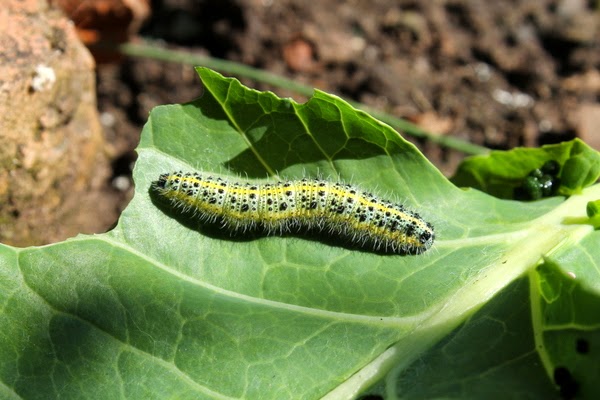 Destructive but pretty.  I didn't have the heart to despatch them, so I picked the leaves they were on and put them somewhere else on the plot.  No doubt they'll find their way back to the sprouts.  Killing them seemed too extreme somehow though.  One day they'll wake up and be able to fly!  How amazing would that be?  I couldn't deprive them of that moment.

Back in the garden the boys have been enjoying the flowers they planted to attract bees.  This morning I noticed a white spider clutching a honey bee in a death grip. 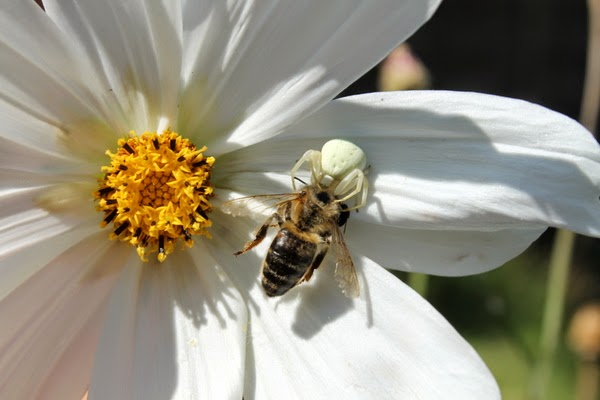 The bee was dead, and the spider spent hours with its prey.  I looked it up and found that it's a crab spider.  They can change their body colour to match the flower they're on!  It might take a few days, but when it's done, they can lurk there, neatly camouflaged, waiting for something unsuspecting to drop in.  Then they grip it with their extra strong front legs, kill it with a venomous bite and suck it dry.  Eek. 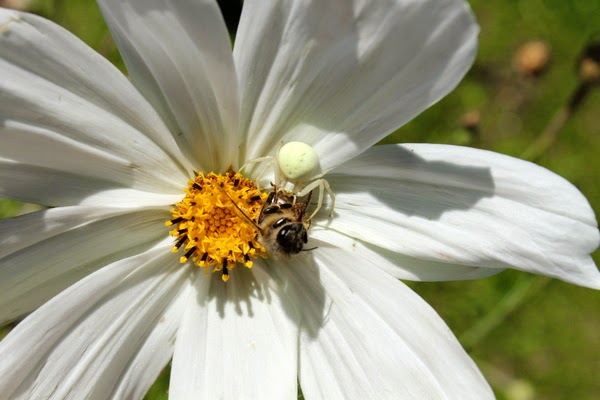 After all that death a destruction, a little bit of pretty. 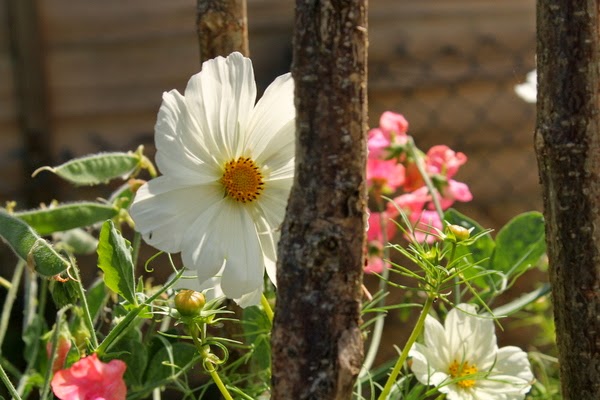 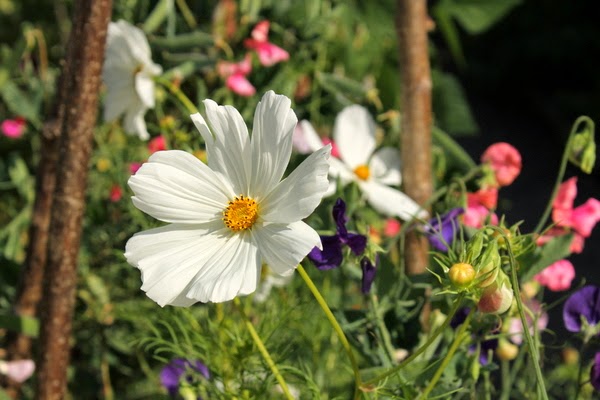 I took a quick trip to the allotment on the way to the park this afternoon.  I picked a very long thin courgette, along with three more normal ones, seven cucumbers, a handful of tomatoes and one corn on the cob.  I think I need to diversify on the crop front a bit.  I'm learning a lot all the time.  When things fail to germinate I need to re-sow.  Somehow I've ended up with no beetroot at all and only one carrot.  Although when the cucumbers didn't look too healthy I kept putting in more and now I think I'm about to experience a mega-glut. 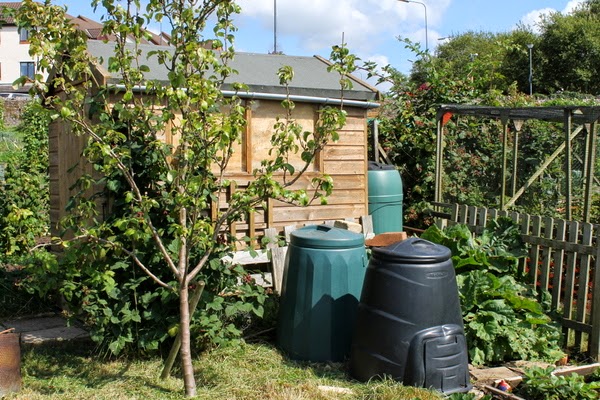 We ended the day at the park.  Football, manhunt and a little messing about in the stream.  The summer is good no? 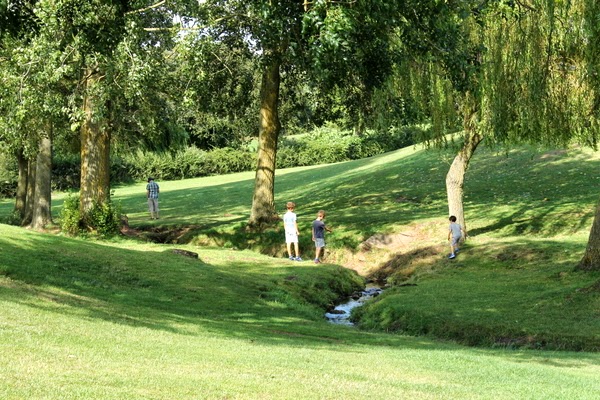