We're having a lovely time here in sunny Cornwall. 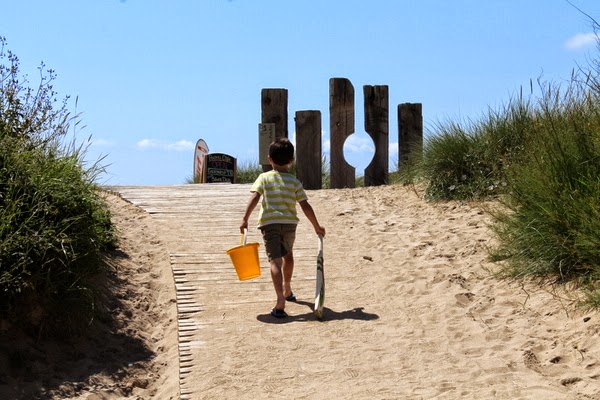 and throwing pebbles into the sea.  This is Lizard, the most southerly point in Britain.  Nothing between here and Spain. 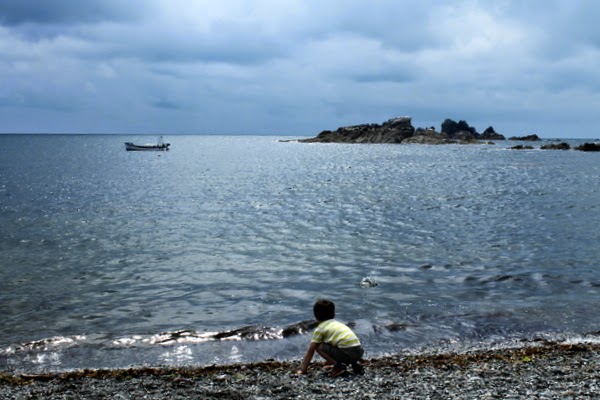 Still playing football, except now it's overlooking the sea. 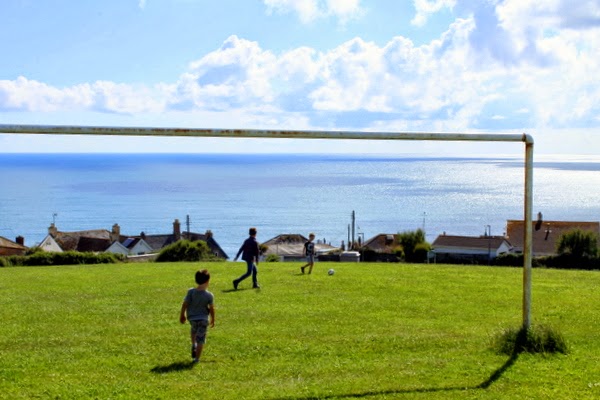 We went in a pedalo. 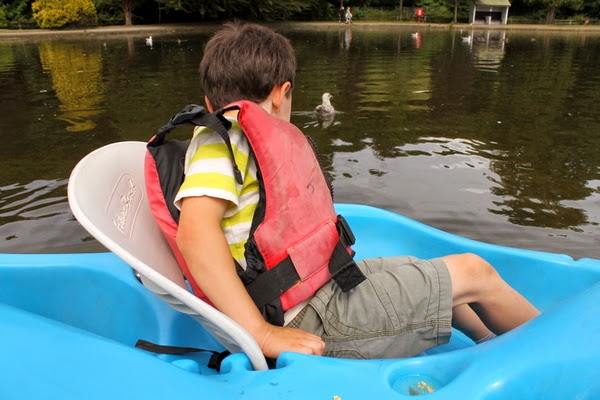 It all came screaming back, the last time I got in a boat with the little people, and I also remembered swearing I'd never get in a boat with them again.  And yet here we were.  It all went well for a while, until the novelty of pedalling wore off.  Everyone wanted to steer, which involved quite a bit of precarious seat swapping.  Those who were not having a turn at steering were cross about it and tried holding the pedals still deliberately in protest while other people were trying to pedal, and before I knew it, it all started turning ugly.

The eldest steered us towards a seagull while shouting, "Get a picture, get a picture". 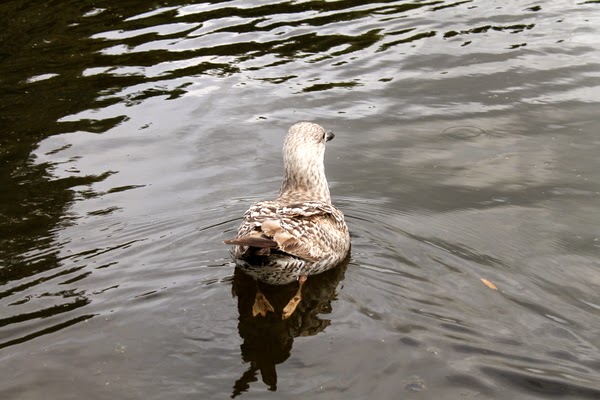 My lens cap fell overboard.  The water wasn't deep, and for a while we could see it, resting on the bottom.  We tried circling round back to the exact spot, which is astonishingly difficult in a pedalo.  I even debated climbing out.  In the end we gave up.  Everyone was ready for dry land by this time.

On the way back we passed a little island with trees and ducks.  The eldest spotted a poor baby seagull with something enormous jammed in its mouth.  He was distraught, it had to be saved.  We pedalled in, reluctantly, for a closer look.  It was clearly stuck fast,an enormous circular thing, propping the bird's beak open wide.  The bird eyed us and waddled off a bit.  We got right in among the foliage and up to the bank.  Tree branches were hitting me on the head by this point.  The eldest was giving out instructions.  The ducks were starting to panic.  The seagull put down the bread roll he had in his mouth to get a better look at us.  I wondered what on earth I was doing.  How do I let this kind of thing happen all the time?  We pedalled back out like mad, and shot through the middle of a bush.  Literally I went through a bush backwards.

It was only a twenty minute boat ride, but honestly, it seemed like so much longer.  That's what I call value for money.

We went to Lizard yesterday, the most southerly point in Britain.  There were more than a few splashes of colour there. 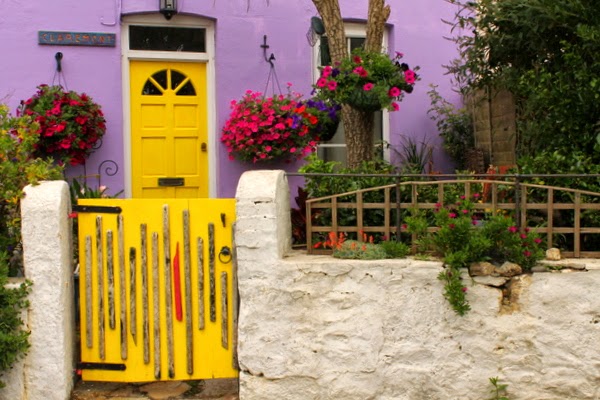 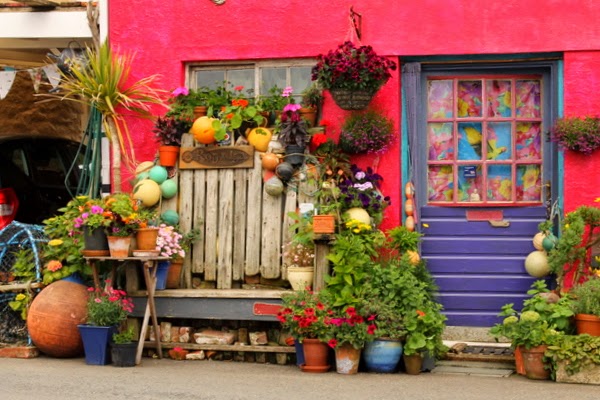 Today I'll be sticking to dry land and having a quiet day...