I made an emergency trip to the allotment this morning to plant a little apple tree that I'd had in a pot for years - maybe fifteen or so.  I happened to move the (metal) pot and found the bottom had completely rusted off.  So I made the decision to release the tree into the ground.  It's only small, so it should be fine at the allotment, where there is a 7' limit on trees.

While I was there I did a bit of weeding and tried to motivate myself, but really all I wanted to do was wander round and look at things.  I feel a bit self-conscious sometimes, taking photos of everything when everyone else is doing actual gardening.  I'm the crazy woman with the camera.  Although there are quite a few people there who always seem to be sat down having a cup of tea and a chat.

The sedum that I got from a charity plant sale last summer is looking good, although it's ended up a bit close to the artichokes.  I'm hoping it will get enough air and sun, and that it will attract lots of bees this year. 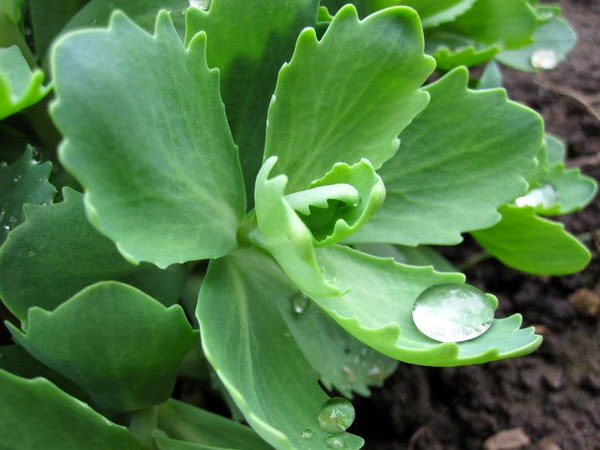 My three precious cloves of elephant garlic, bought on Ebay from someone who'd raised it on their allotment.  This stuff is expensive.  I've not tried it before and I've got high hopes. 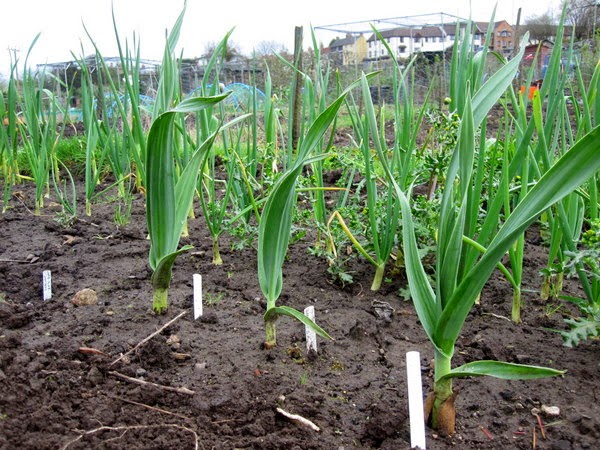 Poor old rhubarb, competing with the grass and other weeds.  It's tucked away behind the shed, out of sight and out of mind.  I really need to be nice to it this year or I fear it will give up completely. 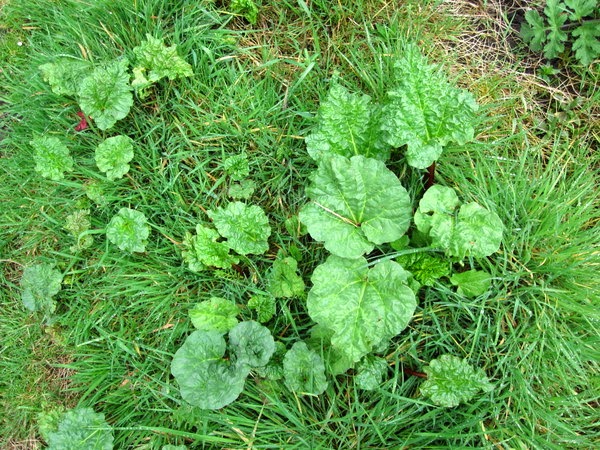 The view from behind the shed.  Very allotmenty I think, with lots of odd bins and sticks.  The bright blue thing is a water butt, filled from the water on the shed roof.  There's rhubarb popping up everywhere.  I think it will have to be lifted and the ground cleared (somehow). 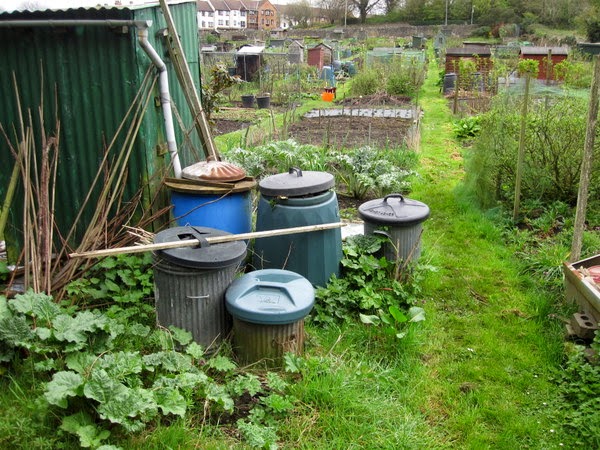 The first hint of asparagus.  Won't be long now. 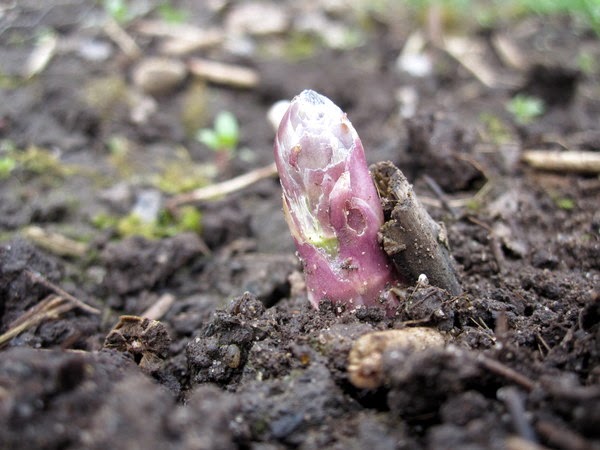 The new strawberry bed, with leaves just starting to poke up through the weed control fabric.   I'm not expecting many strawbs this year, but hopefully the year after there'll be plenty. 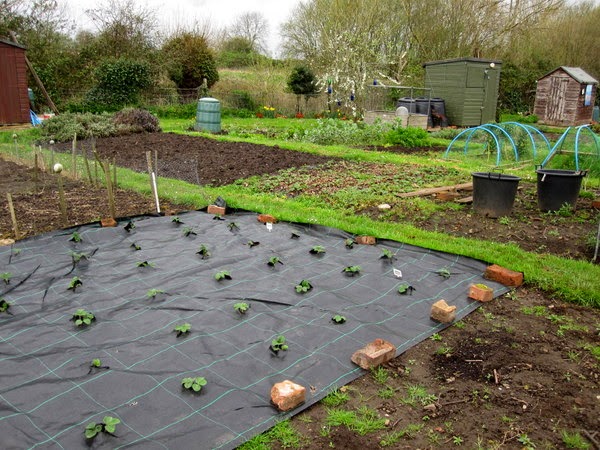 A sprinkling of plum blossom on the tiny tree. 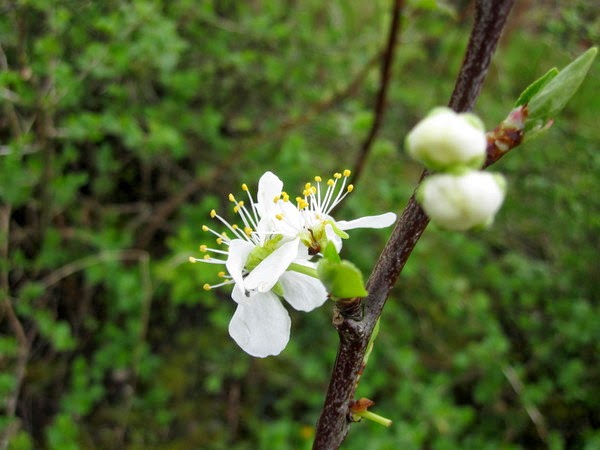 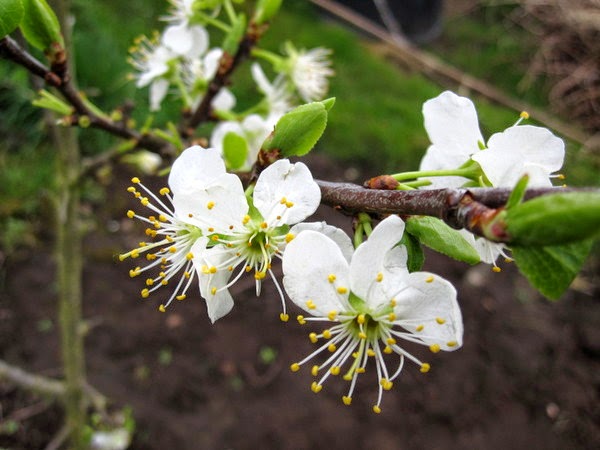 Gooseberry blossom.  A little underwhelming, but it's there. 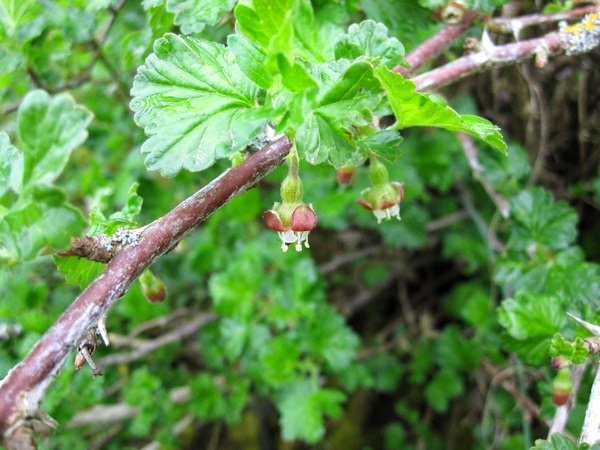 The little apple tree, released into open ground after a life in a pot.  And freedom from flying footballs, to which it has lost a branch or two and many apples.  It was an emotional moment. 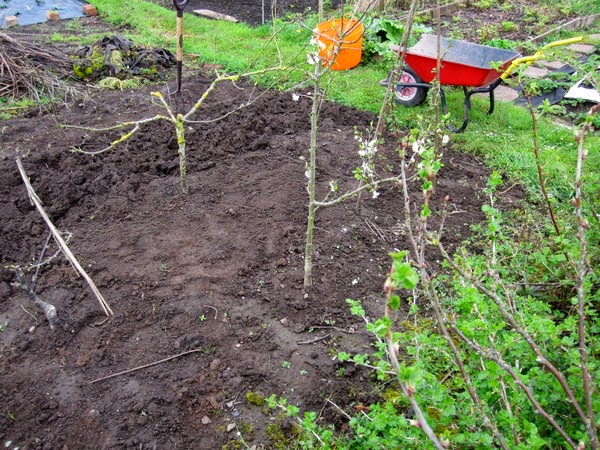 I'm really pleased with this Japanese wineberry.  It was a free plant, left at the allotment site, and when I planted it last summer it had very little root and looked very sad in all of the heat.  But now it's looking really happy, lots of shoots, and some new canes coming up at the base as well. 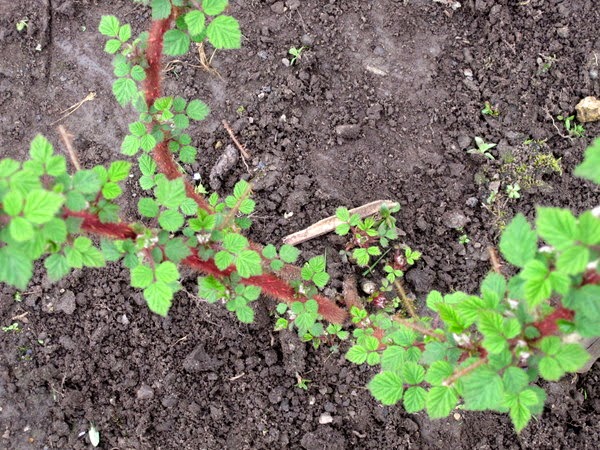 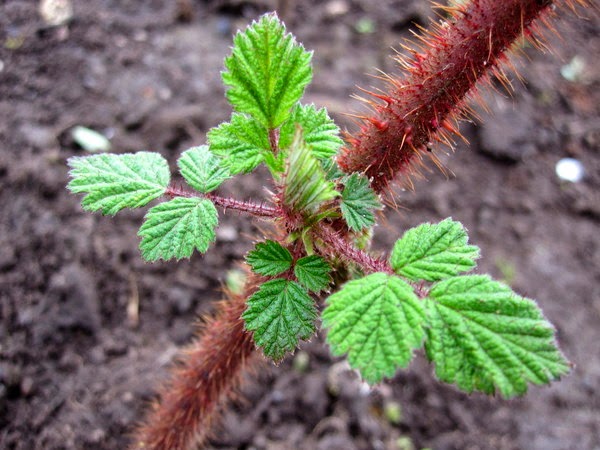 Lichen, on the tiny old apple tree.  It's a Cox's Orange Pippin, one of my favourite apples. 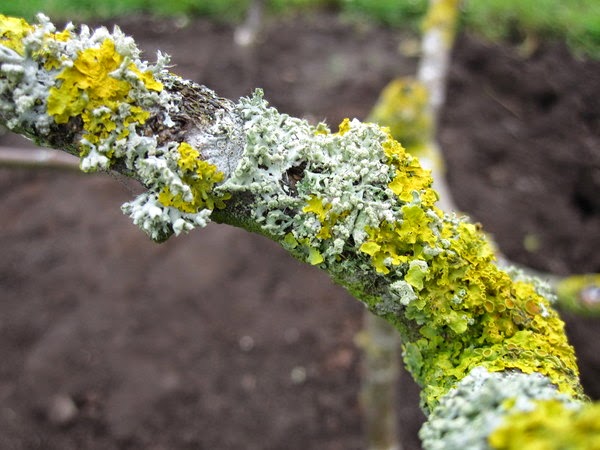 A new rose, Baron Girod de l'Ain.   It's a deep pink one with a tiny white edge to each of its many petals. 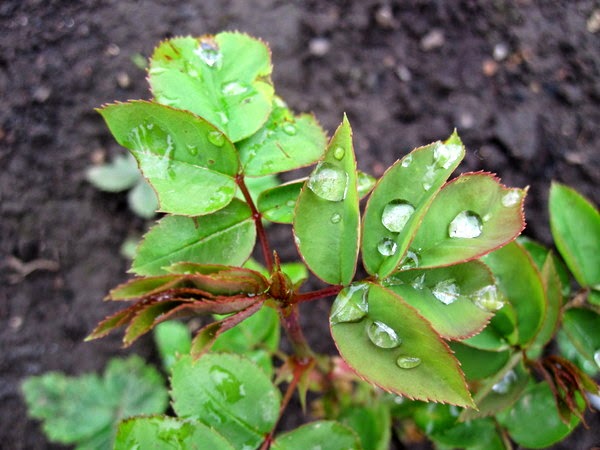 I spent so long pottering around doing not very much, that the rest of the day was a rush of near lateness.  After lunch there was a very moving assembly at school.  The littlest boy's class sang "Edelweiss" and the choir sang "You Raise Me Up".  There wasn't a dry eye in the house.  Amongst the mums anyway.  The children were blissfully unaware of the beauty of their singing and the sobbing and sniffing at the back.  I'm always painfully aware of the passage of time at the end of term services.  Each one is precious, to be enjoyed and treasured.  I'm not looking forward to the moment when my little people have to leave their little school.  But it won't be quite yet, so right now I'm living in the moment and enjoying things just the way they are.

I hope the weekend is good to you.  Here there'll be football (the bigs), parties (the littlest) and maybe a touch of knitting (me).  I'll see you on the other side.
Posted by CJ at 22:17