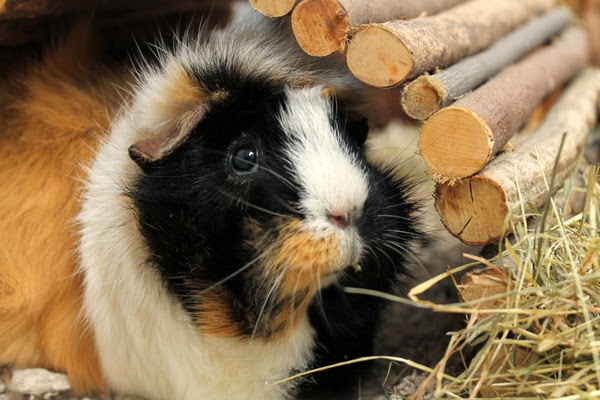 I was going to write about the garden today, but as it turns out I'd like to remember this sweet little piggie instead. 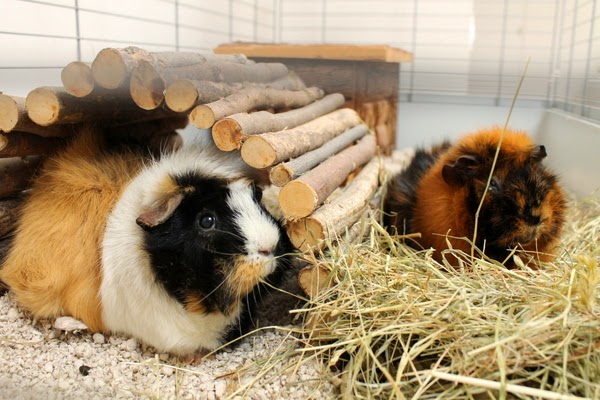 I noticed a day or two ago that she wasn't spending as much time on the grass as usual, and she seemed a little lethargic.  This morning she was clearly groggy.  We were out until lunchtime, and by then she was lying down.  I made an appointment to take her to the vet's, the earliest one they had at 4.40pm.  I had a chat to the children; she had stopped eating and really had gone downhill quite quickly, so I wanted to prepare them for the fact that she probably wouldn't come home from the vet's.

In the end they all decided they wanted to come with me.  They'd spent the afternoon sitting (miraculously) quietly with her.  We gently put her in the pet carrier when it was time to go.  Her breathing was laboured, but she was still able to move about a bit.  The biggest boy sat with the pet carrier between his feet on the five-minute journey, to keep it as still as possible.

When we got there he said to me, "She's gone".  We were parked in the vet's nice little car park, so we got out and sat on the grass.  We opened the carrier and she had indeed stopped breathing.  It was a peaceful spot, just us and a blackbird, so we said our final goodbyes to her as the sun filtered through the trees and we were all together on the grass.

We took her into the vet's where they checked that her heart had in fact stopped, and then we left her little body there for cremation.

So now we're all a little sad.  We got her when she was just a baby, and the littlest boy was just one, and she's been the very best first pet a boy could have.  I'm always quite concerned to make sure that our pets have the best possible life.  I'm very aware that a lot of their time is spent in captivity, so I won't buy the tiny cages that most pet shops sell.  And I make sure that they have the most highly recommended food, nice bedding rather than the cheap stuff and lots of different fresh things to eat.  The piggies go on the grass every day when the weather is nice, which they love.  In fact if it's raining and they don't get to go out they squeak and squeak at us.  So I hope she's had a nice life.  We've certainly loved her.  And we're really going to miss her.  Her cage mate Mrs Armitage will too no doubt.  Guinea pigs are not solitary creatures, they love company, so we are going to have to decide what to do about the future.  She is five now (as was Lulu), so she could have two or three years left.  It would be a shame if those years were spent alone.  The boys will spend time with her, but obviously it's not the same as having a piggie chum.

But that's a problem for another day.  Today I just wanted to remember Lulu and say thank you little pig, we love you. 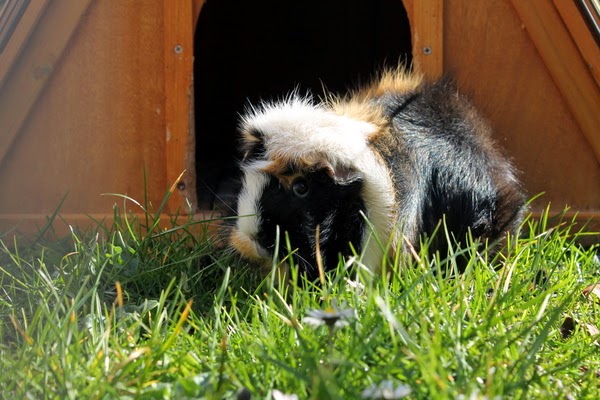