Tomatoes, and why I might not be a very good female role model

I haven't been in this space much for a while.  There's been a little gloom, and it's been hard to get it together.  But today things are looking a touch more positive, so here I am.  I could write about how tough things are right now, I could tell you about little worries and stresses that have eaten away at my confidence and left me lying awake at night and in a state of anxiety in the day.  Or I could tell you about tomatoes.  Yes.  Let's do that. 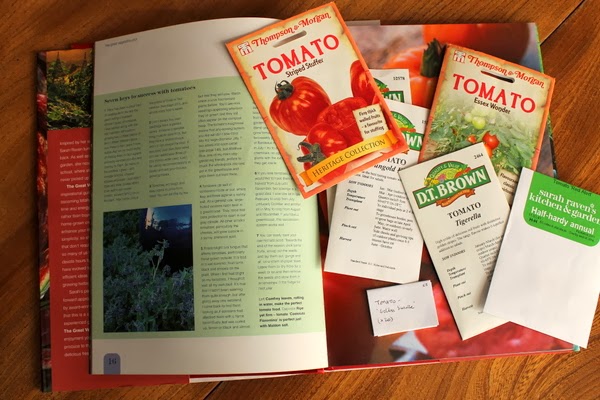 I planted some.  It was late February and it seemed like the right time.  I'm sure I did it about this time last year.  It's tricky to get it just right.  Too early and they get very spindly, too late and you just end up with green tomatoes.  As always I have too many packets, although to be fair I never seem to end up with too many actual tomatoes.  I have Tigerella, Essex Wonder, Ferline (supposedly with some blight resistance), Golden Sunrise (thank you Flighty), Gardener's Delight, Red Alert, Marmande, Alicante, Sungold and Striped Stuffer (how could I not?).  Now I've listed them it seems slightly embarrassing.  Ten varieties.  I don't know how this happens.  Last year I was fairly controlled about tomatoes, but I think my self-discipline is pretty non-existent at the moment and somehow all of these seeds have appeared, although to be fair several of them were left over from previous years.

I planted them a week ago, and today I noticed the first teeny tiny loop pushing up through the surface of the soil.  A Sungold, my number one choice for reliability.  Even in the very worst year there are Sungold tomatoes to be had.  (I'm hardly superstitious at all, saying this won't in any way curse us to the worst summer on record and a year of abject nationwide tomato failure I am sure).

In other news, there has been some den building around here.  I'd quite like a den of my own actually.  I don't think it's something you ever grow out of, that love of a tiny, cosy space to curl up in. 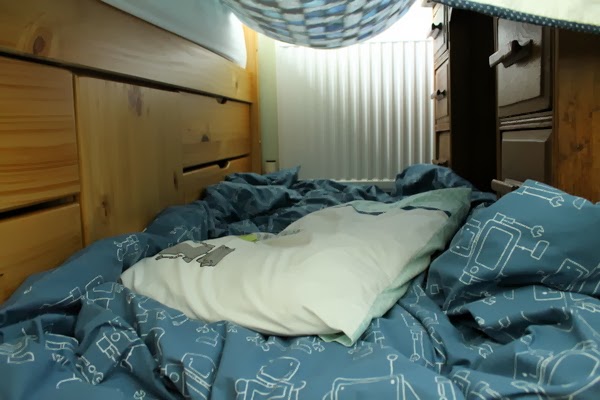 Some painting of flags.  I'd quite like to sit and paint for a bit too.   In fact being five must be brilliant. 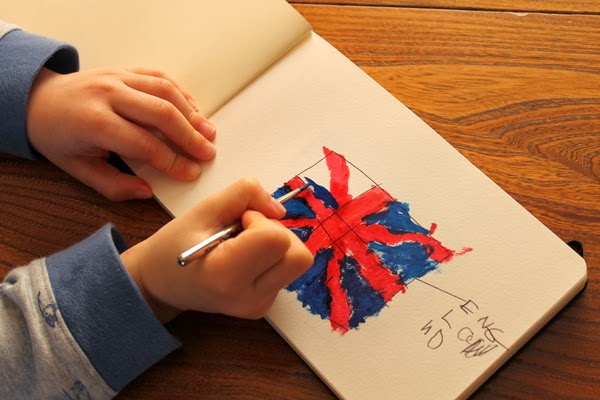 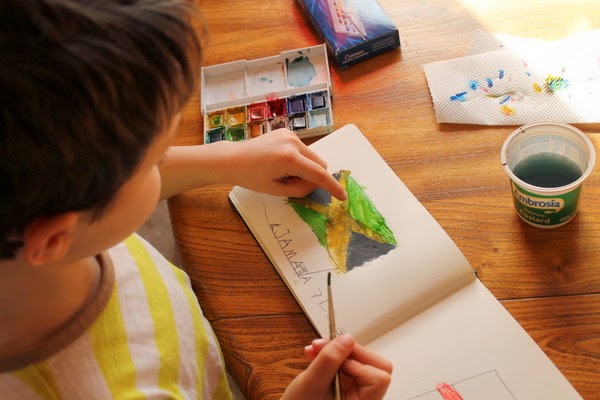 We went to look at the sea again.  Much calmer now. 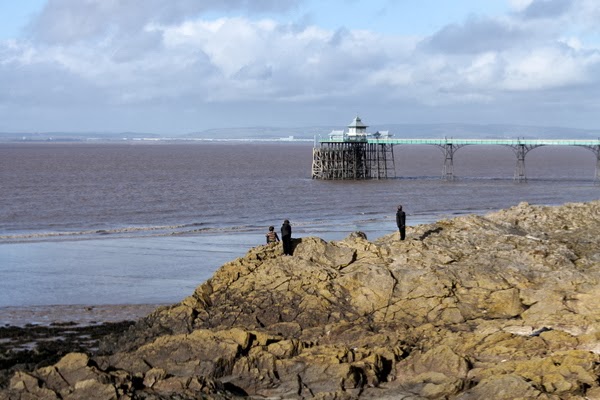 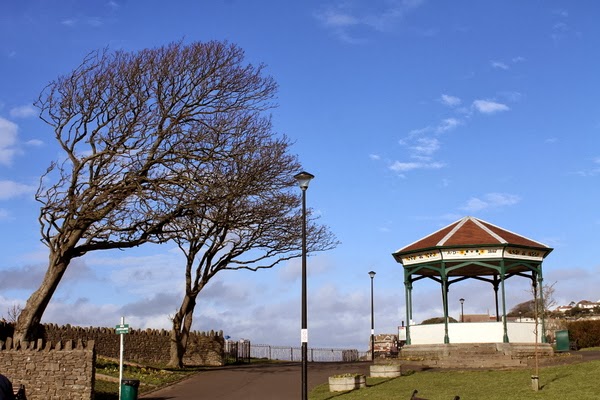 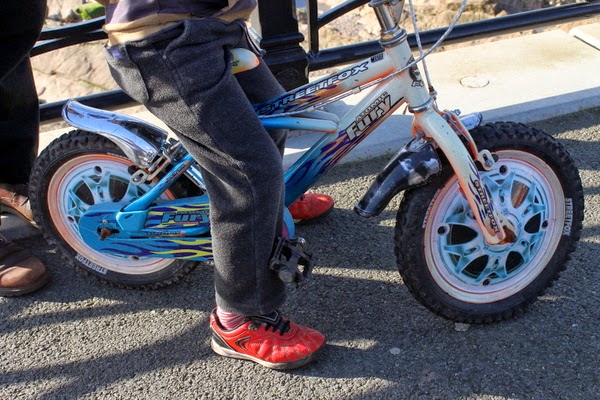 I spotted this lovely beech arch.  I'm really getting quite fond of beech, it has a nice traditional quality to it and it always looks good, winter, spring, summer or fall. 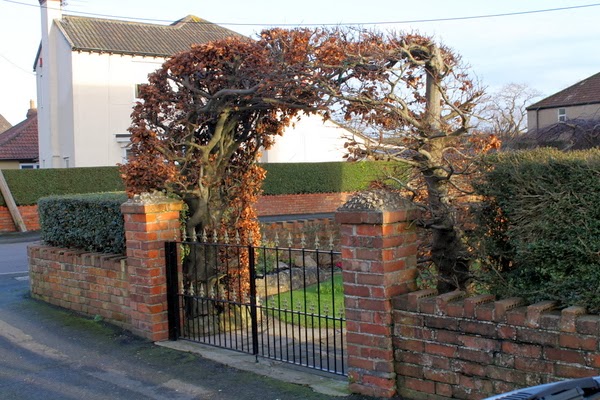 Nighttime in the city.  I'm almost never in the city any more, let alone after dark.  This shot was taken outside of Bristol Children's Hospital.  A quick check-up was required - no treatment needed thankfully.  The doctor we saw was absolutely fantastic.  Fantastic. 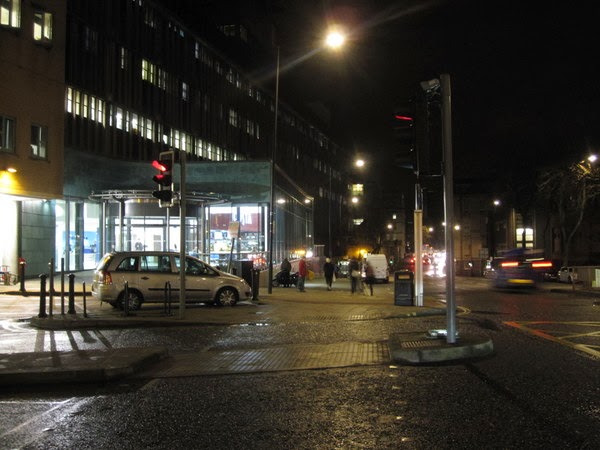 A happy parcel in the post, all the way from the other side of the pond.  The lovely Katie at Life With The Crew had a giveaway for this wonderful pendant, and I won.  It's made by Samantha of Pipodoll.  I love the natural themes and materials Samantha uses. 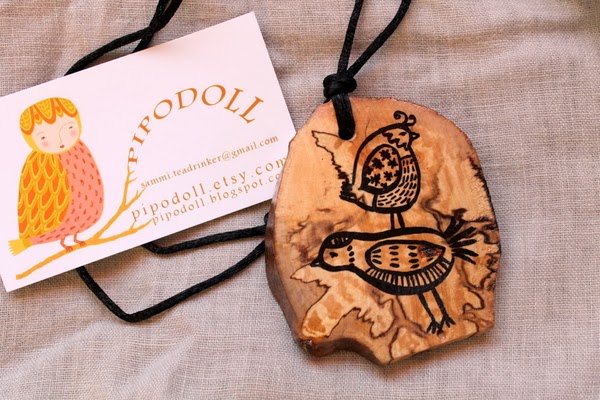 Another treat - hot chocolate in a cafe in Wotton-under-Edge.  A rare treat as we always take our own drinks and snacks when we go out, but the biggest boy was in need of a sit down, so we had a delicious moment together, just me and him and two cups of hot chocolate with shortbread.  Blissful. 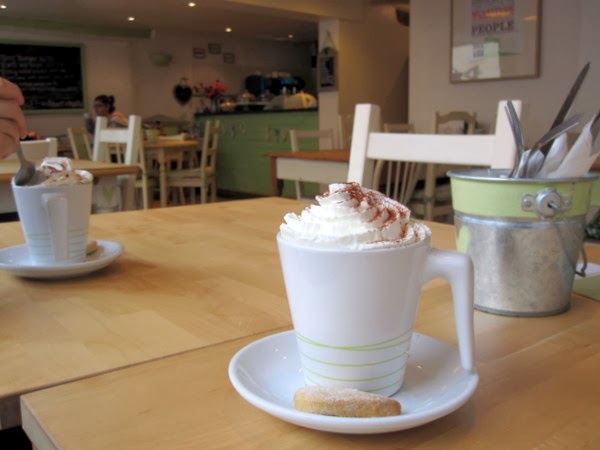 An early morning glimpse of the moon.  I opened the window to take some pictures, and was amazed to hear how loud the dawn chorus was.  It was still quite dark, but birdsong was everywhere.  It was utterly enchanting.  I stayed listening for so long I was frozen, but it was worth it. 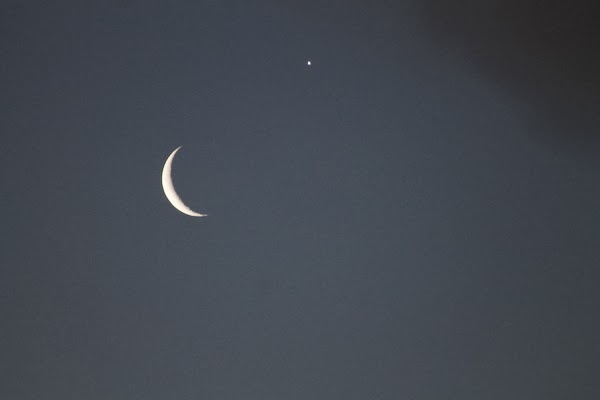 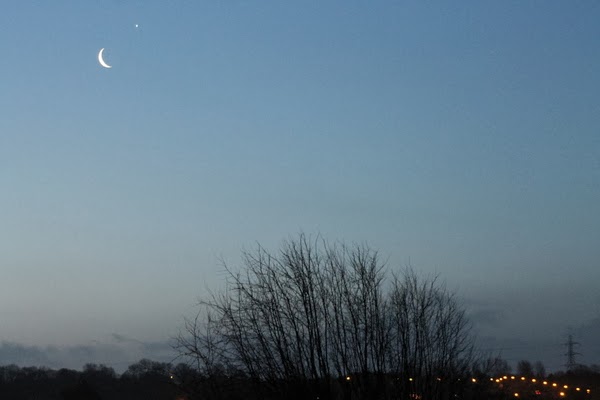 I'll leave you with a little conversation I had with the two biggest boys this morning as we got ready for the school run.  To give you some context, I always consider myself fairly low maintenance.  I do all the odd jobs around the place, the mending, the building, the heavy lifting, the putting out of rubbish, the garden etc.    And I don't shop much or do particularly girly things, although I do love femininity.  The conversation went something like this.  (Names have been changed to protect the innocent).

Middle boy:  "Do you know, Jack in my class thinks that twins can read each other's minds and that they are always thinking exactly the same thing."

Me: "Girls don't all think about shoes all the time you know."

Me (outraged): "I do nothing of the sort!  I'll have you know I've got hardly any shoes for a girl."

Oh dear.  He is in for such a rude awakening when he gets out into the real world and discovers girls that won't build flat packs and that own twenty pairs of shoes.  I'm wondering if I should try and be a bit more vacuous.
Posted by CJ at 21:28