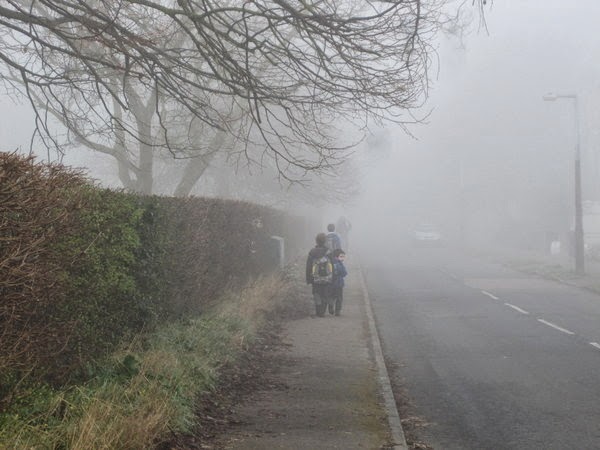 The boys have had fun trying to disappear into the mist on the way to school on the past couple of mornings.  It makes a change for them to have something to disappear into, rather than just disappearing.  I do like to start the day by yelling up the road like a fishwife. 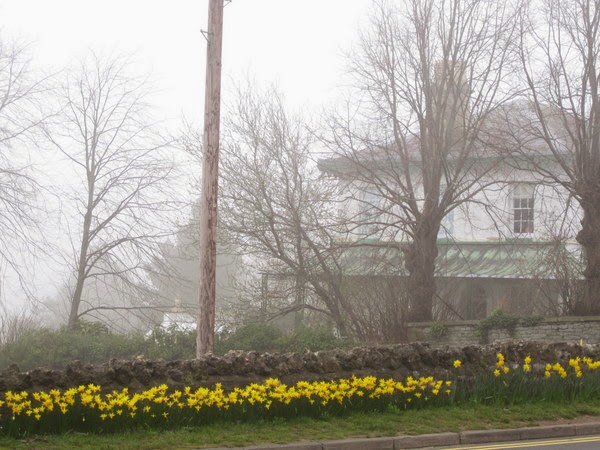 The mist didn't clear the whole time I was there and there weren't many other plotholders around.  I spent some time putting in a new strawberry bed.  I'd pulled up lots of little plantlets from the garden, and I planted them through weed control fabric, to try and give myself less work to do later on.  Twenty-one Cambridge Favourites and the same number of Honeoye.  Hopefully they'll crop one after the other.  I've tried everbearing strawberries that give a continuous supply of fruit, but I much prefer the ones that only last a month or so.  With five of us, I'm happy to have a glut.  If we don't manage to eat them all fresh, I can make jam for putting into swiss rolls and rice pudding in the winter.

Right now I'm trying not to think about cakes and puddings too much though.  I've given up sweet things for Lent, and I'm not quite used to it yet.  In fact right now I'm pretty hungry.  The kitchen is calling.

On my way back up through the allotments I passed this shed. 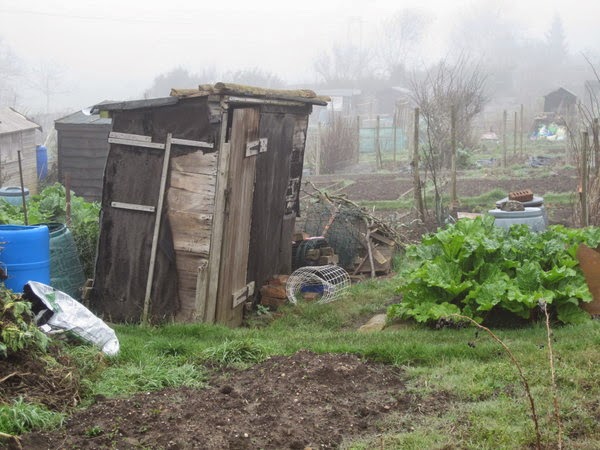 The ground is sloping down to the left, the shed is sloping up to the right.  It's a fantastic mish-mash of bits of wood and panelling.  I do love to nose round the allotments at these cobbled together creations.  And look at that rhubarb!  Mine should be ready for the end of Lent I hope.  A crumble sounds delicious right now.

The sedum I bought last year at a community plant sale is shooting already.  I think it might be overshadowed by artichokes later on, but right now it's looking good.  I'm hoping it will provide lots of food for bees come summertime. 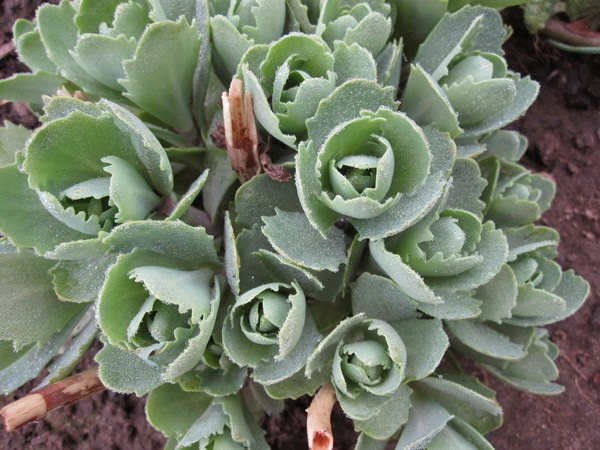 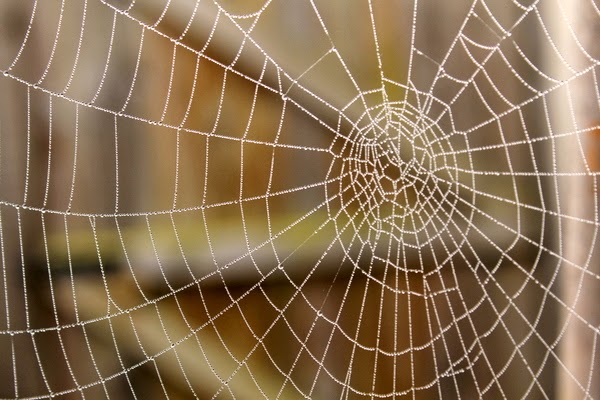 In the garden the peach tree is blooming.  It will no doubt need hand pollinating with a brush as there aren't many bees around to do the job.  A bit of a design flaw I think, flowering before the insects are ready for it.  It is nice to see the beautiful colour though, it's the first thing in bloom in my garden, which really doesn't have many plants in. 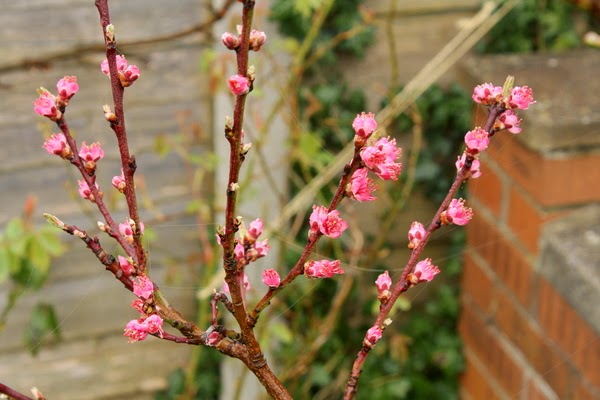 I had a bit of a shock the other evening.  The biggest boy has a lovely bird book, with 365 pictures in it, one for each day of the year.  They are all beautiful photographs of the birds in their natural habitats, and I often glance at the picture of the day.  He likes to read it every night before bed.  We've had all sorts of birds, from all over the world, flying, splashing, eating, swimming.  Beautiful.  Until March 14th. 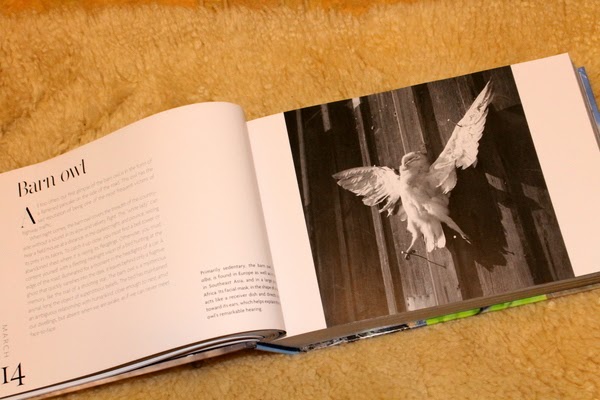 It's nailed to the wall!  Say what now???  I read the page opposite, and there is not one word of explanation.  Did Philippe J Dubois just wake up one day and think, "I've had enough of this beautiful appreciation of birds in their own natural habitat, let's nail one to the barn door"?  Words fail me.
Posted by CJ at 21:58