Of mice and peas 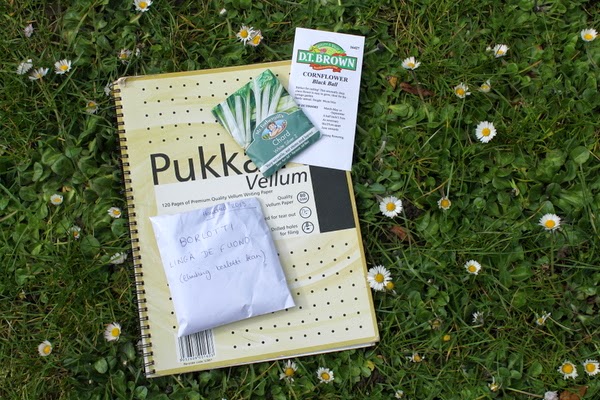 At the allotment the other day I started trying to plan out where I'm going to be putting everything in a few weeks, when the time comes to plant.  I'll never have one of those immaculate plots with perfectly straight lines of things and smart labels and cleverly organised planting.  But I do like to have a vague idea of where I'm going to try and stick most of the stuff.  Usually by the end I am shoving odd plants into spaces left by the ravages of slugs and snails and it all gets a bit higgledy piggledy.  But at this time of year when it's just on paper it's all looking great. 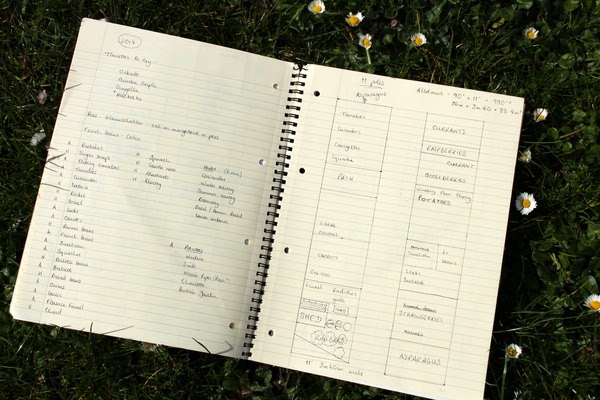 I've tried to concentrate on things that most of us like, although I can't seem to stop growing squashes and courgettes.  But I like them, and they are such pretty plants and fun things to grow, so they're in.  I've got more potatoes than I should have.  If I put them in about a foot apart I've probably got enough to cover about half an acre.  Not sure how that happened.  Well, maybe that's a slight exaggeration, but I do have more than I need.  I'll leave any spares at the top of the allotment site for someone else to pick up.

This is the bit at the bottom of the allotment, by the shed.  The green thing in the middle is a garlic bulb that was left in the ground last year. 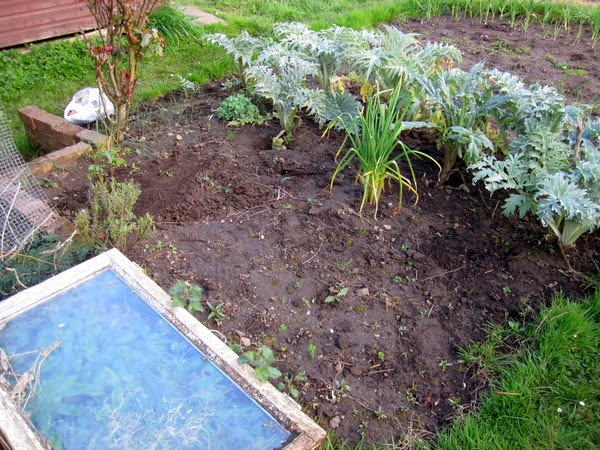 I'll be trying carrots again, despite limited success last year.  I swear half a row of seedlings disappeared overnight.  Rabbit?  We do eat so many between us all.  (Carrots, not rabbits).  In fact I'm the only one who's not really keen on them.  Even the hamster likes a chunk occasionally.

I'm going to have beans, squashes and sweetcorn, and I'm wondering if it's worth trying the "three sisters" method of growing them, with the beans climbing up the sweetcorn and the squashes shading the roots.  Has anyone tried this and found it successful?  This bed at the allotment would do nicely, especially now it's actually weed free. 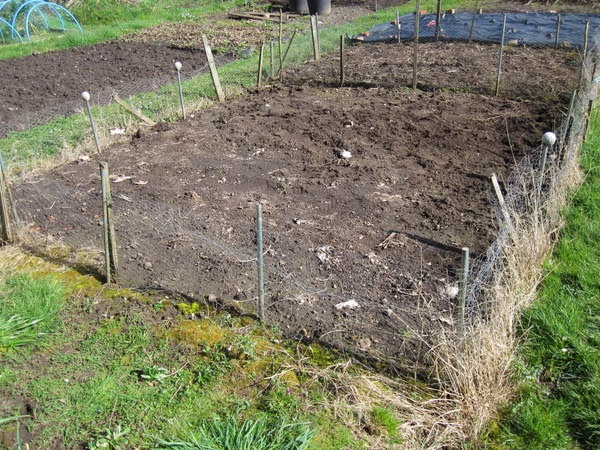 There will be lots of tomatoes and cucumbers, and at home I'll put in most of the salad leaves, spinach, chard and maybe a little kale.   Not too much kale though, the little people aren't quite convinced yet.  I made kale crisps, but no-one was fooled.  The grown-ups loved them though.  We'll also have sugar snap peas at home.  I love it when the children pick them and eat them straight from the plant.  This year I need to try and have a successive crop for as long as possible. 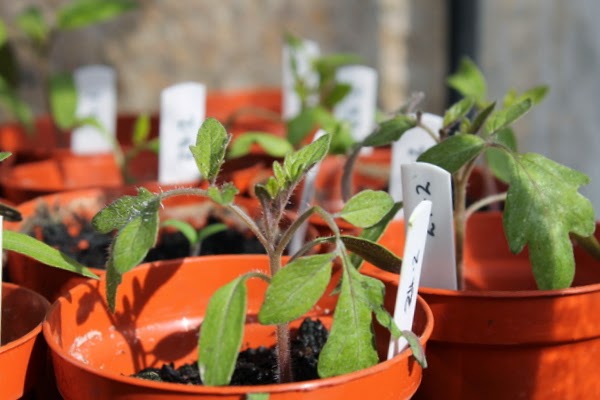 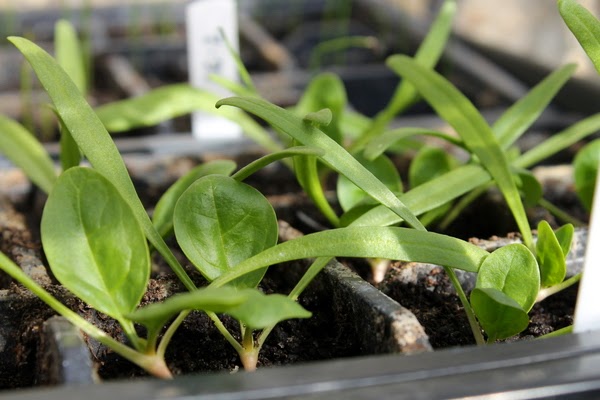 There will be runner beans, as well as French and borlotti and odd little things like radishes and Florence fennel squeezed in wherever there's a space.

At home the boys are going to be putting flowers into their raised beds this year.  We've chosen ones that are butterfly and bee friendly, and I really hope there will be lots of interesting things for them to see.

In a moment of inattention I left some packets of seeds in the allotment shed.  The mice (which I've never seen, thankfully) were delighted. 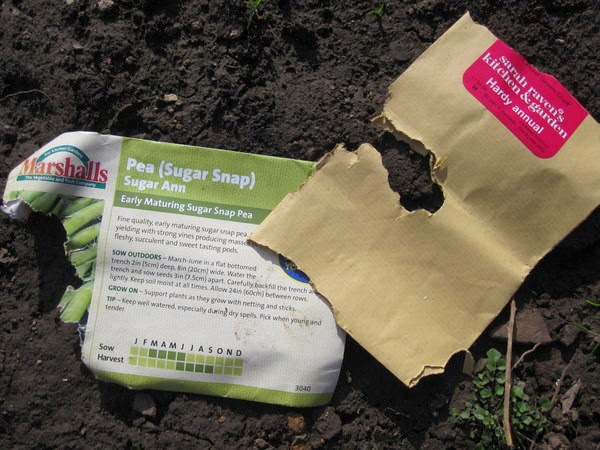 It's always a happy busy time of year for a gardener in March.  All those plans and dreams.  The reality will no doubt turn out be a little different than the original sketches, but in the height of summer no doubt glorious all the same.  There will be surprises and disappointments and successes and gluts.  I'm ready, let's plant.
Posted by CJ at 21:37