A white rose, a spivvy hat and some particularly bad parenting 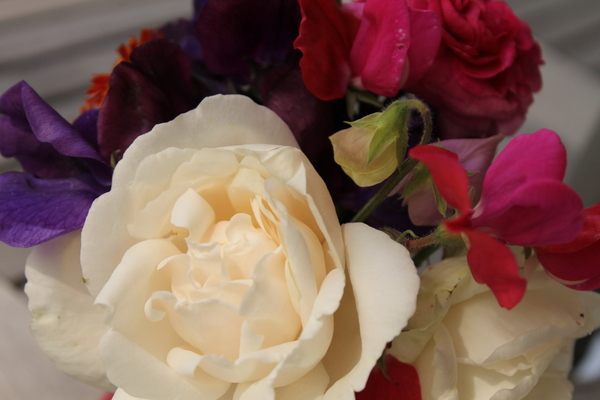 I managed to find this lovely rose in the garden, white as requested by Lou in her Nature in the Home series.  Not much else is white, so I popped in the first of the sweet peas.  Hope that's not cheating. 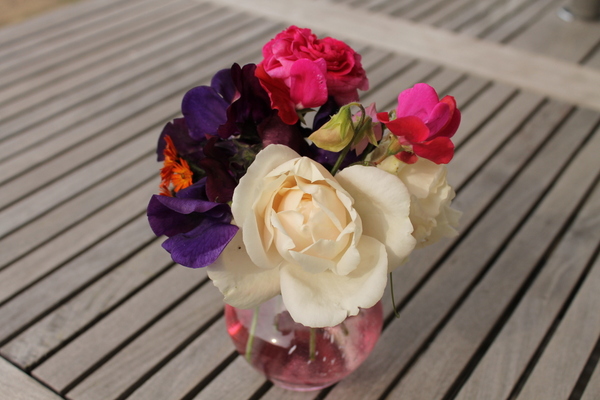 I've been enjoying sitting outside lately.  The plants are doing the whole green June thing, and it's still new enough that I always stop to look. 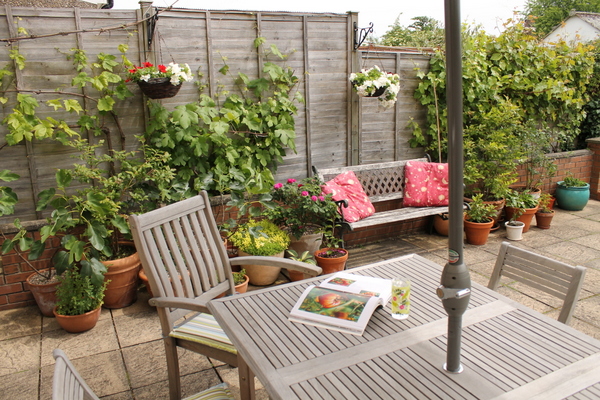 I'm reading Bob Flowerdew's "Gourmet Gardener" and checking a few veg growing details.  When should I stop picking the asparagus?  When to pinch out the tops of the broad beans?  Should I pinch out aubergines and peppers?  I rely on Bob and Sarah Raven for most of my information; between them they have most things covered. 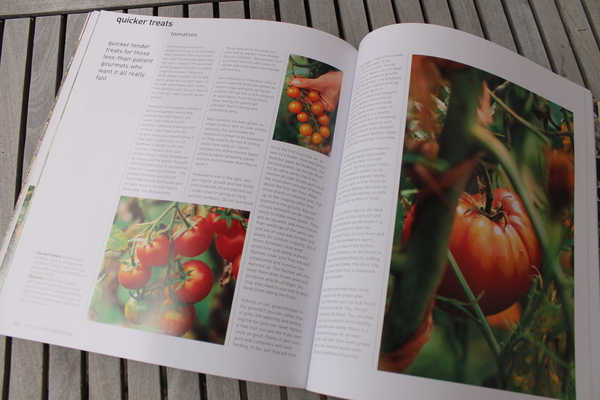 I've also got these books in my reading pile. 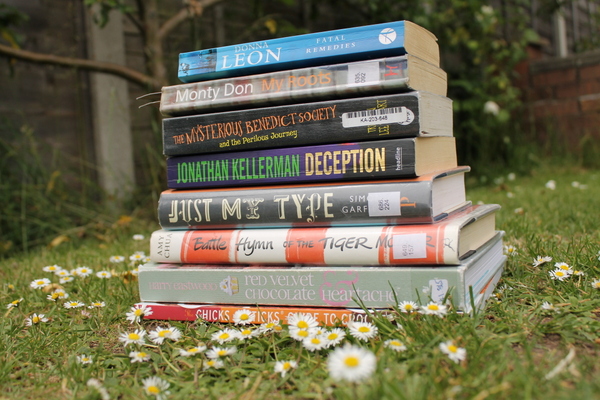 You can see that six of them are from the library.  We're huge library users.  It's one of the first places we go in the school holidays, and as soon as we get home there is a long blissful silence as everyone disappears into the books of their choice.  Although I usually have to go and make the tea.  And on a good day a cherry cake from Harry Eastwood's "Red Velvet and Chocolate Heartache", which is without doubt the very best cherry cake to be had.

Yesterday was an INSET day - no school and a fistful of Tesco vouchers = a day out at beautiful Longleat. 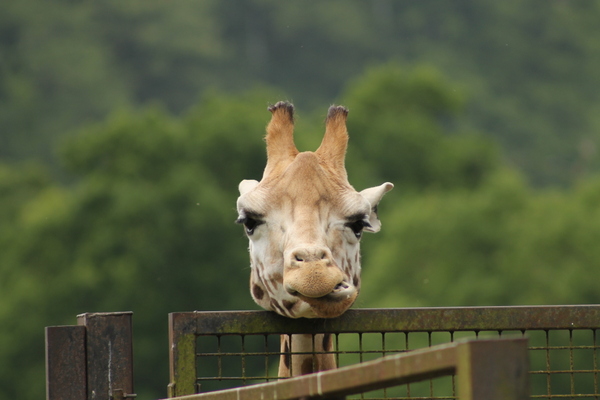 Oh how I love giraffes.  We did the safari bit first. 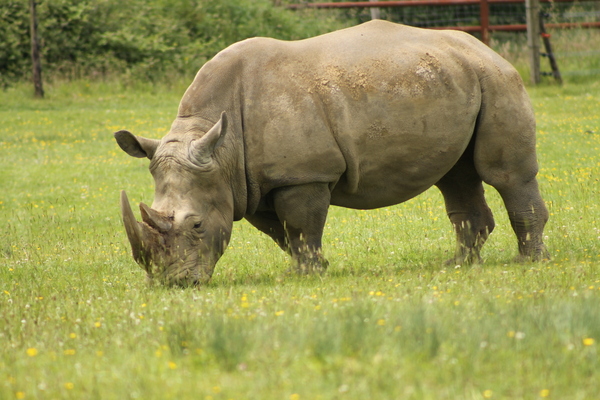 We were slightly lost for words when this divine camel sashayed past. 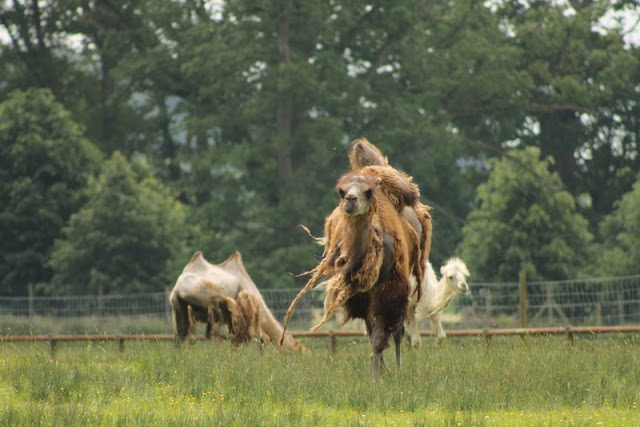 It's not a look everyone can pull off.

The house is truly magnificent. 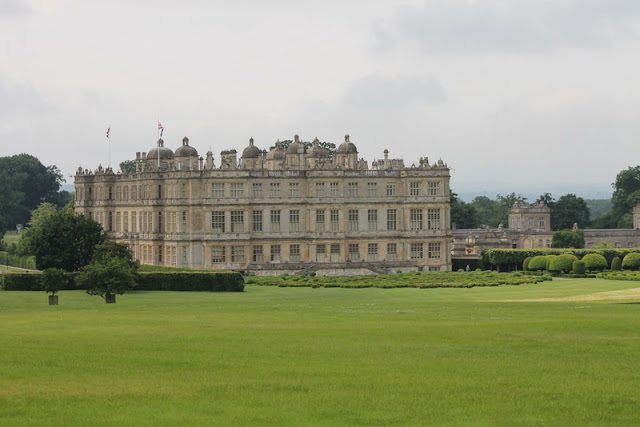 Maybe one day I'll even get to look inside.  But in the meantime we do all the things that small boys love.  Adventure park, Deadly 60 challenge, the maze and a falconry display, which we nearly missed because of being lost in the maze. 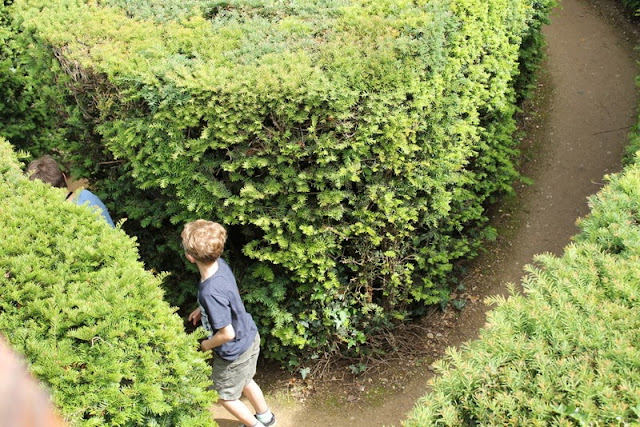 I went up high and tried shouting directions.  It didn't help.﻿ 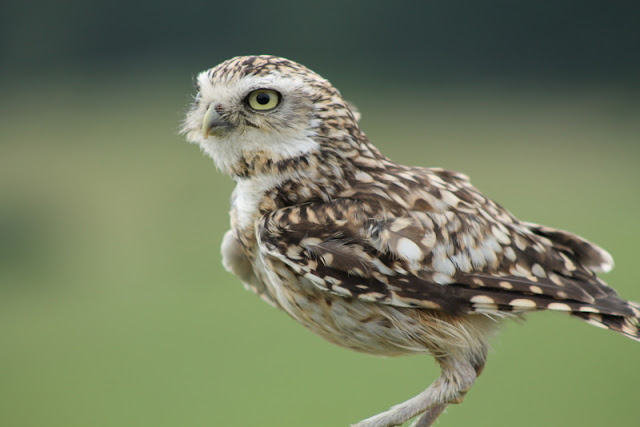 We got to the falconry by the skin of our teeth and saw some fantastic birds.  This is a tiny burrowing owl that runs around on the ground and lives in a hole.

On the way home there was a glimpse of Bath from the car.  Bath is one of my favourite places in the world.  We used to go there all the time Before Children, and spend hours exploring the beautiful streets.  It's further away now, and we go much less, but every time is special. 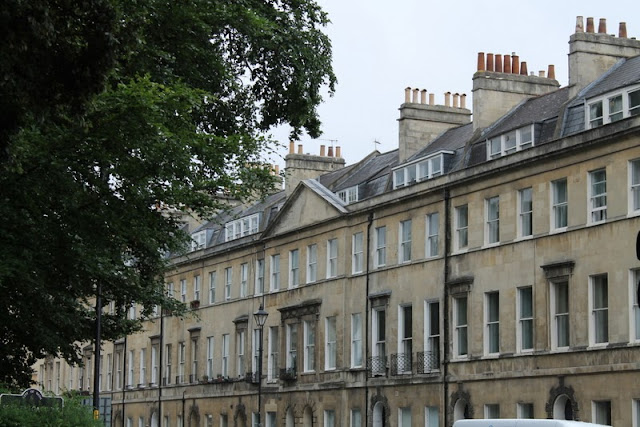 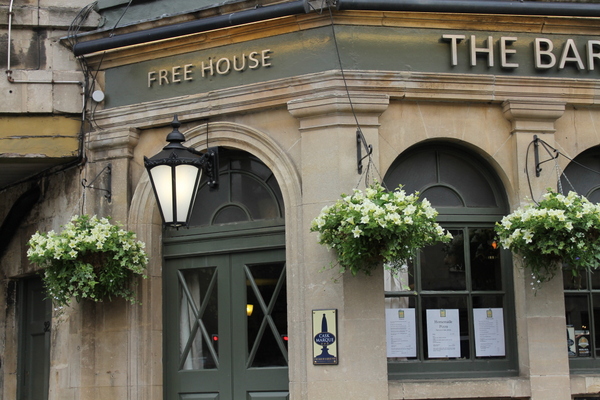 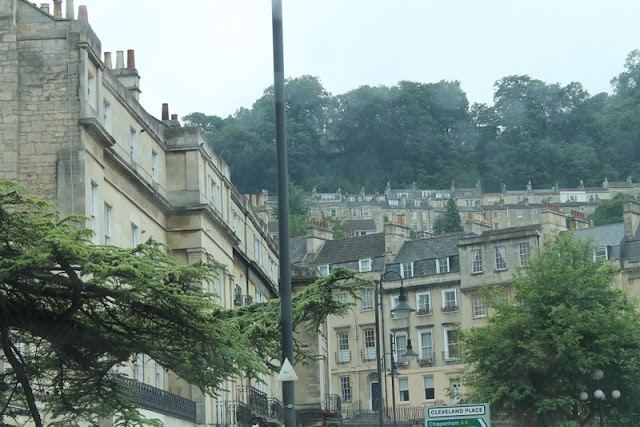 Despite a long day and a late night, everyone was up early this morning.  The biggest boy had a sports event to attend.  I attempted to arrange a lift share, but a friend's father offered to take him and bring him back.  I also attempted to give him fruit to take, but at the last minute he decided that carrying anything other than water was far too much of a trial so he put it back.  When he got home, some five hours later, it transpired that everyone else's parents had not only taken them, but had waited through the entire thing to help out and cheer on, everyone else had a packed lunch and everyone else was also bought a hot dog.  Biggest boy was starving, having had nothing but water since breakfast and having been given no money by his mother.  Oh yes, and I forgot to put sunscreen on him, so he also has sunburn.  It was, as he would say, an epic fail.  Must do better.

Spent the afternoon at Slimbridge, splashing about and burning off much energy.  The littlest boy has a very spivvy hat which he had for his birthday.  He is not afraid of bold accessories, so he hoppity skipped his way around in it all afternoon and was happy as a clam.  I'm kind of wishing I had the chutzpah to wear a statement hat.  Maybe I could start with a little hairband and work my way up. 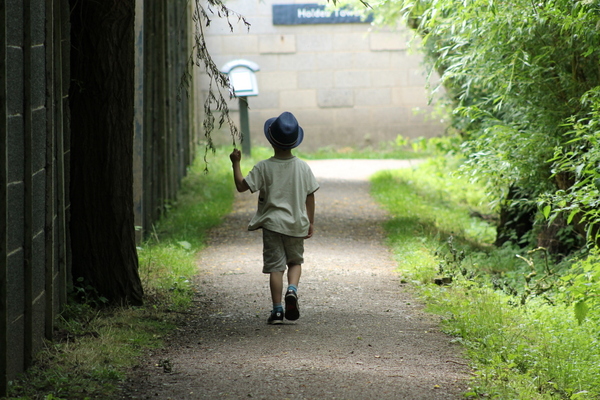