Happy Feather's Day from our nest to yours 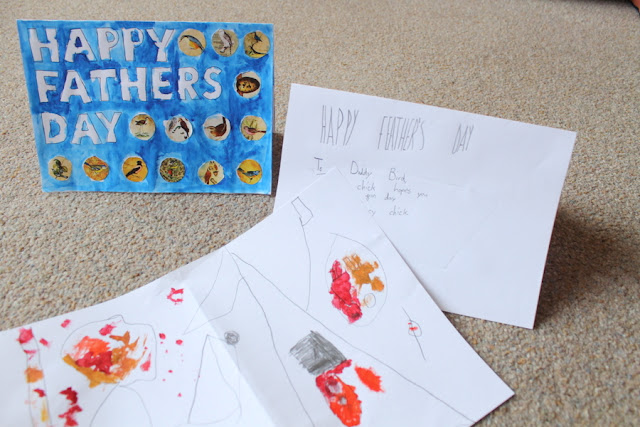 Father's Day round here was a quiet affair.  Mostly due to the fact that the tummy bug had worked it's way around to me by Saturday night, via the two littlest boys, and by Sunday all I was capable off was low level moaning in a darkened room.  Home-made cards were made and given, and daddy had the pleasure of a day with his boys all to himself.  Instead of his planned day of the second day of the local golf club championship.  Oh dear.  Baked beans were heated, oven chips were roasted and all was well.  The littlest boy made regular trips upstairs to "look after" me, which involved more bouncing than I might have chosen, but he was also very sweet and snuggly so I won't complain.

Saturday was a quiet home day, as smaller people regained their strength.  Whilst pottering in the garden, we found this... 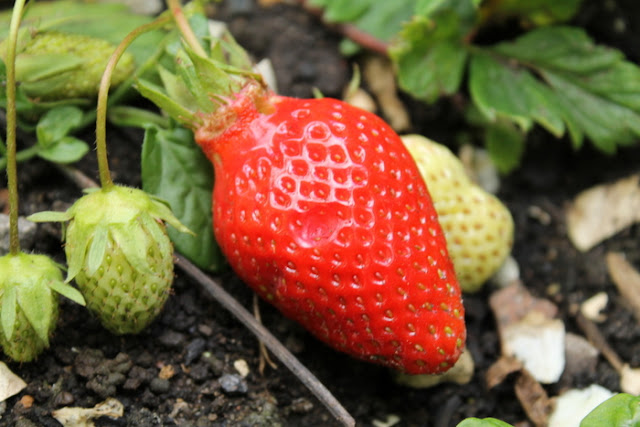 The first strawberry of the season.  And only lightly grazed by slugs.  It was still a little green underneath, but it's almost there.  It's a Gariguette, and is slightly earlier than the Cambridge Favourites I have.  The Honeoye are also just starting to redden.  Must be almost time for Wimbledon I think. 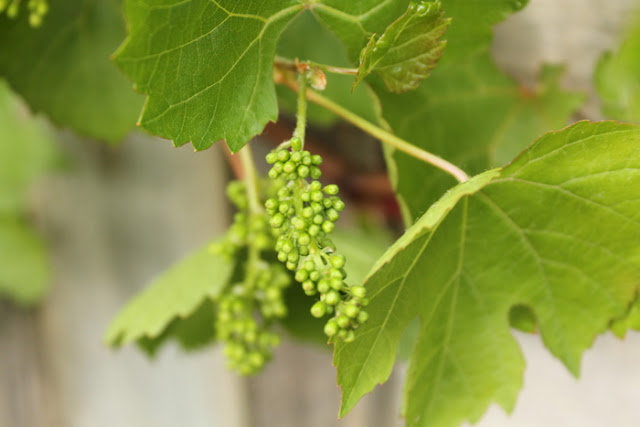 The grapes have a bit further to go though. 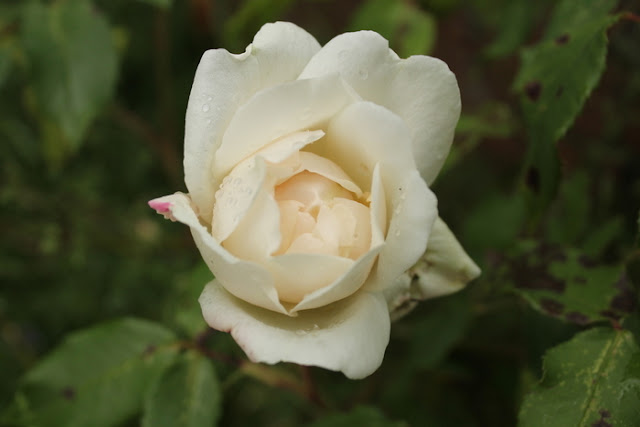 This is the first flower on a new rose I planted last year.  It looked like it was going to be pink, so I was happy when it turned out to be white as expected - Madame Alfred Carriere - beautiful.  I have grand plans of it covering a fence, but there's a long way to go.

Inside there's been fabric. 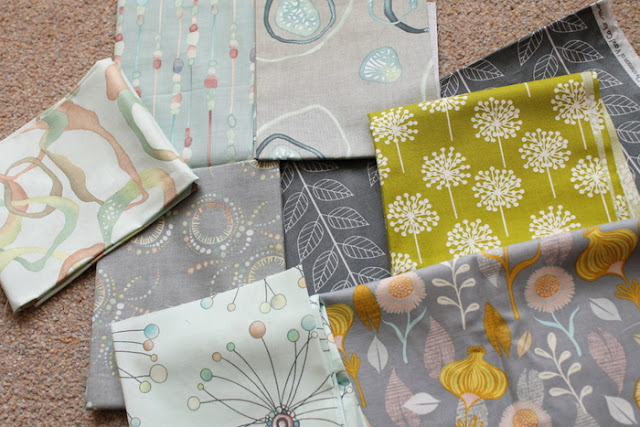 I'm loving the colours in these and the nature-inspired designs.  Just right for a quilt featuring birds and trees. 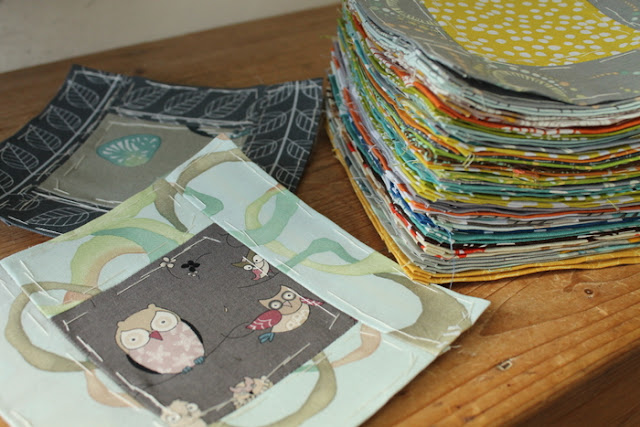 The pile of squares is slowly growing.  Some of this fabric is so lovely I think I shall have to come up with another project for it as well. 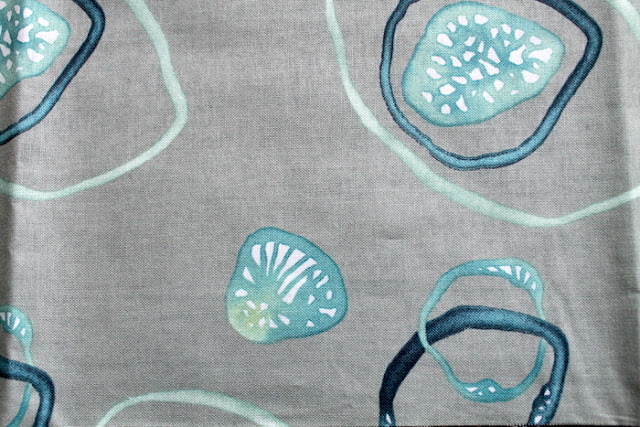 Right now I'm happy to be quietly working away on simple squares though, watching a little television and getting back to full strength.  Enjoy your week.
Posted by CJ at 22:05