Tranquility, and the magnificence that is Patricia 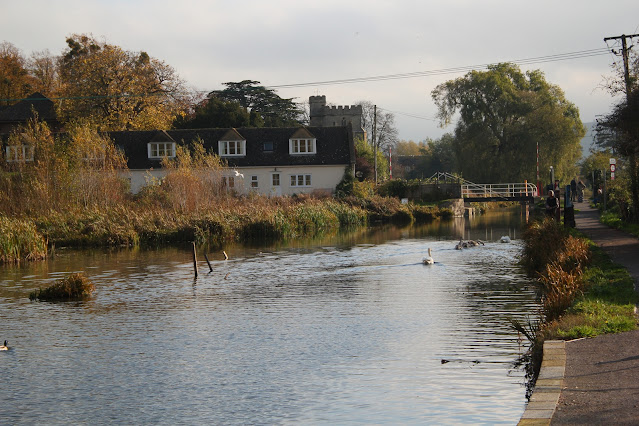 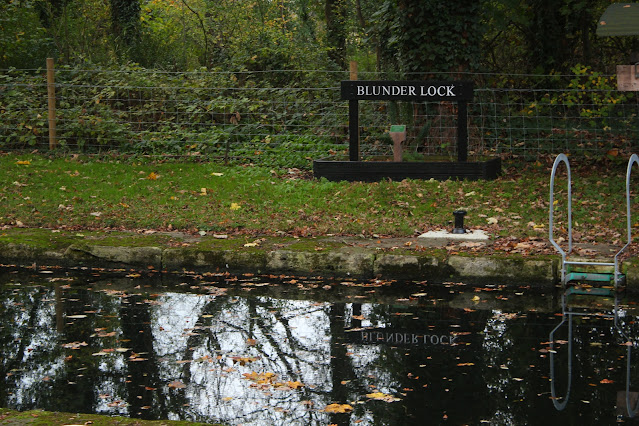 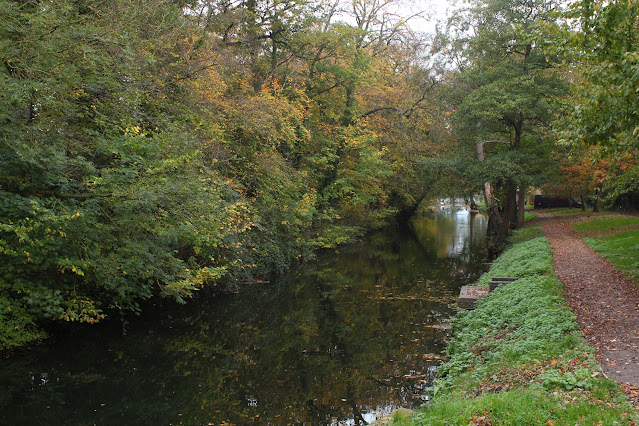 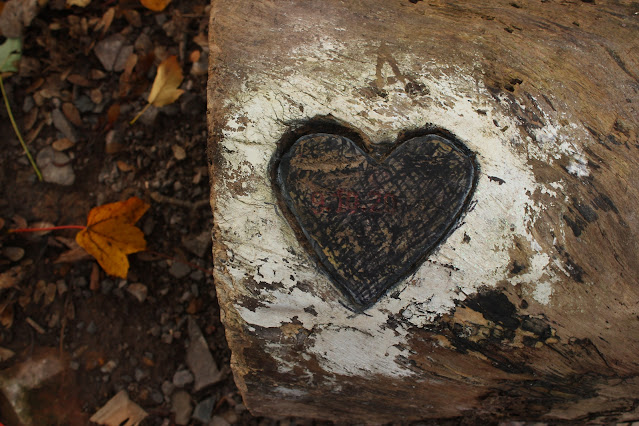 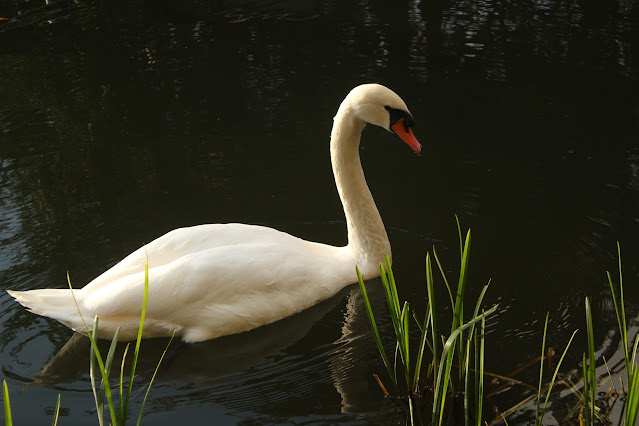 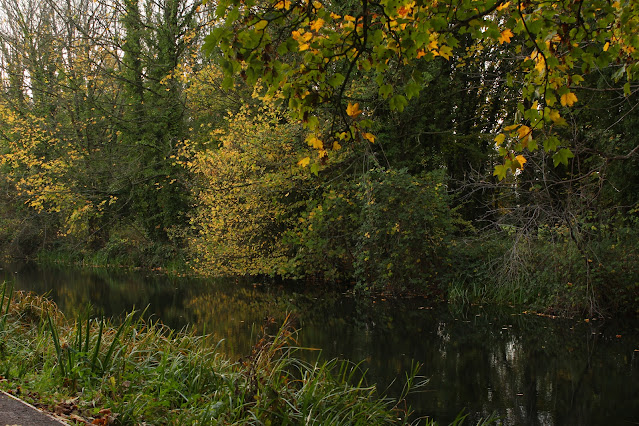 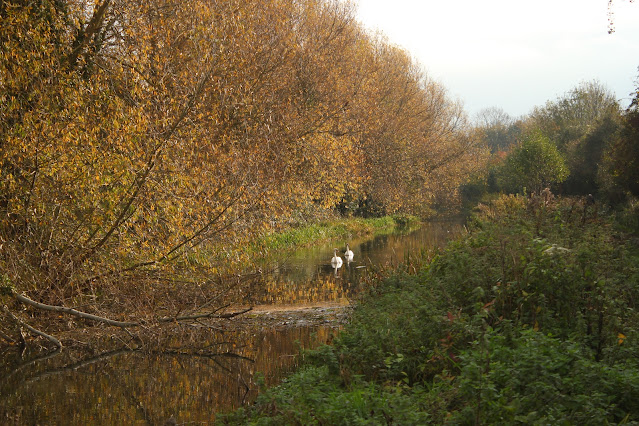 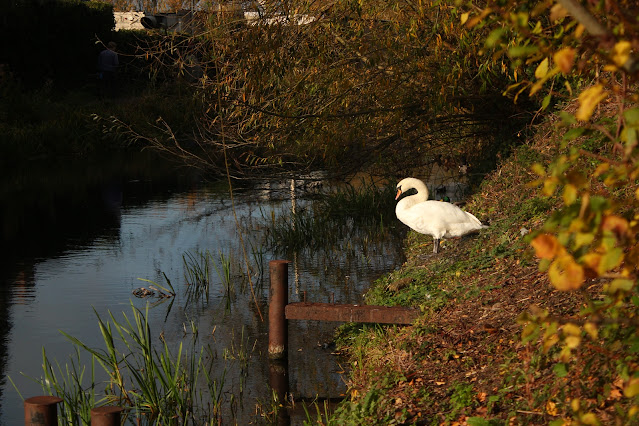 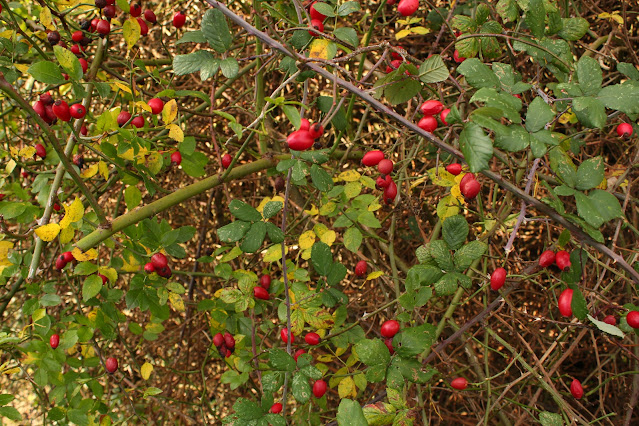 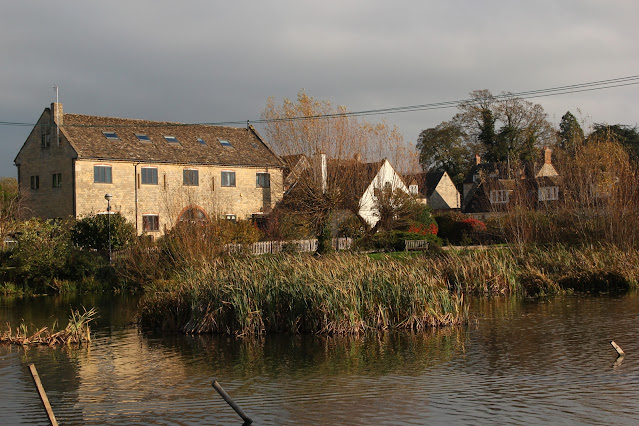 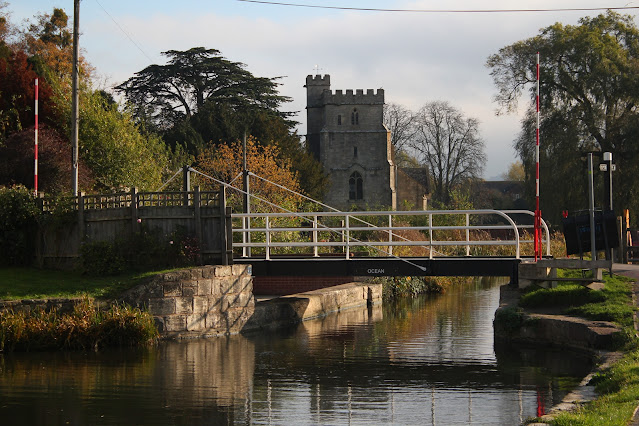 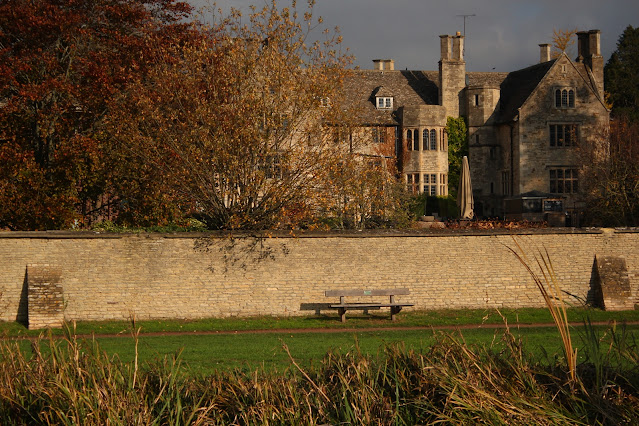 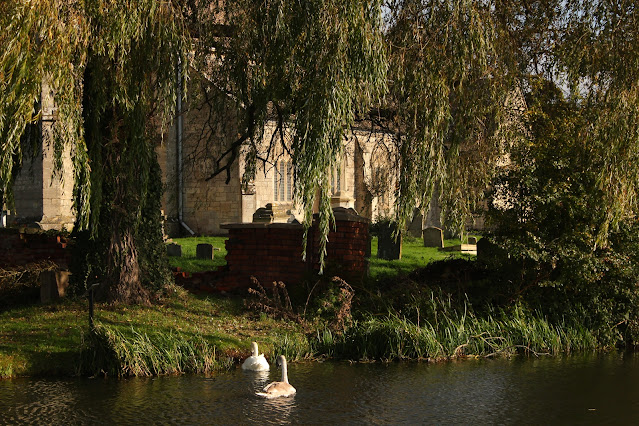 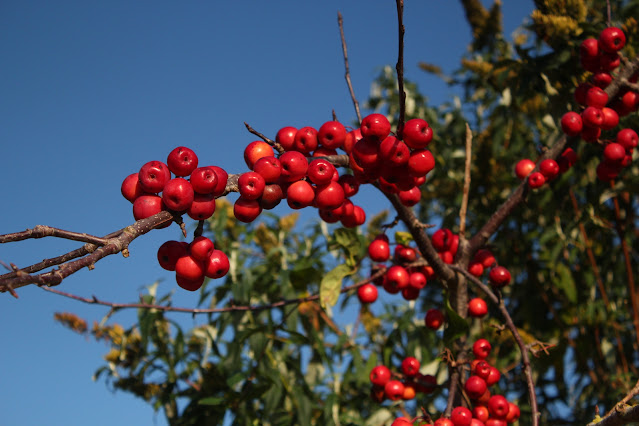 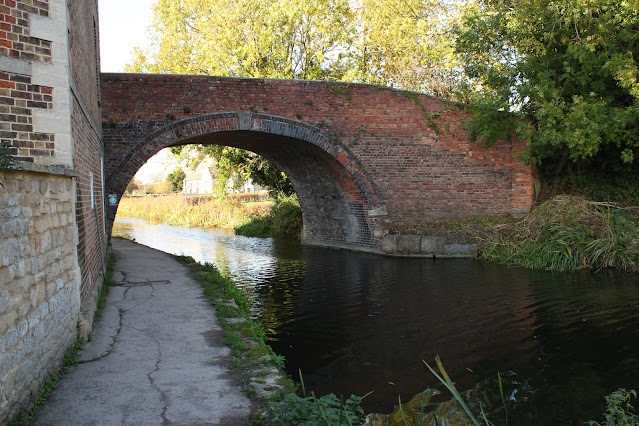 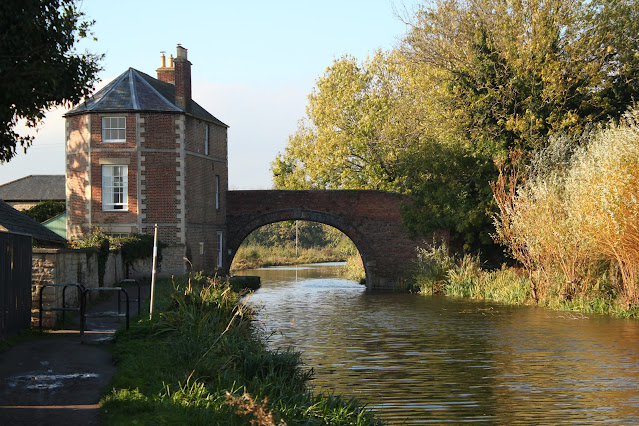 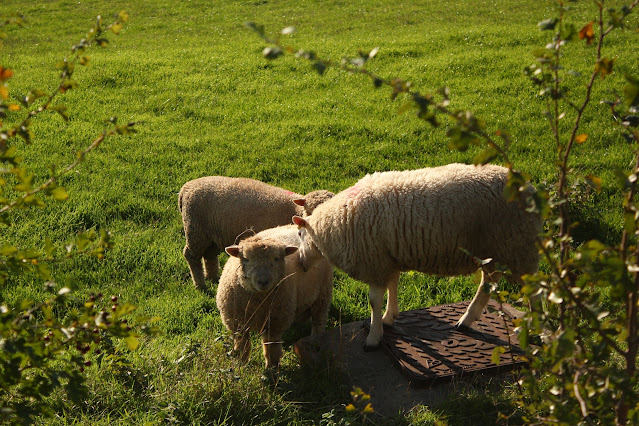 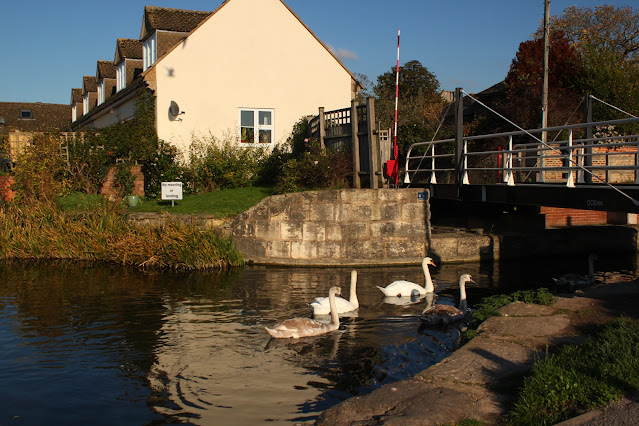 Photos from a glorious day by the canal with the middle boy, who wanted to go fishing. We were out pretty much from sunrise to sunset. He caught a pike while I pottered around taking photos and reading about canal history.
It's fascinating. Take this pill box for example: 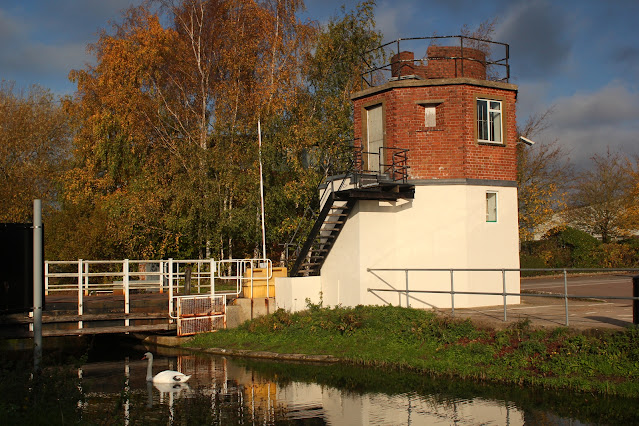 It is one of a ring of around 260 pill boxes forming a protective circle, known as Stop Line Green, around Bristol and the port of Avonmouth, to try and prevent German forces from approaching from the east in the Second World War. It was also to defend the factory there, which was a ghost factory, ready to take over munitions production if another factory was bombed. Scary times indeed. The pill box is unusual in that it is two storeys high, rather than just one, and has what is believed to be an anti-aircraft placement on top.
The factory was in an old cloth mill, originating from the late 1400s. Lots of history down on the canal, I'm telling you.
The bit I liked best was called 'The Ocean': 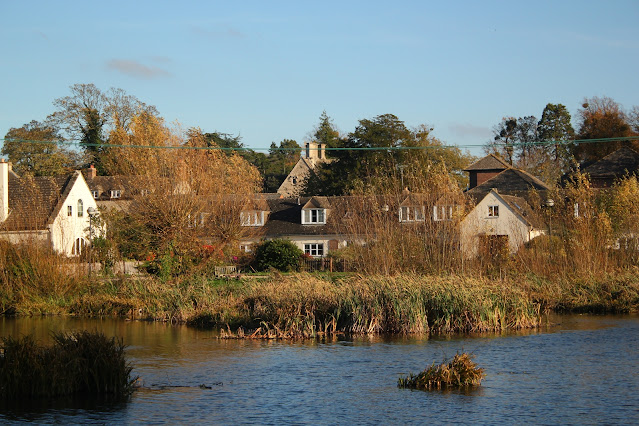 Not exactly ocean-sized, but very pretty. No-one knows exactly why it's called The Ocean - maybe a touch of sarcasm. Or maybe because back in the day it was as near to an ocean as the yokels got.
I also read about how a railway bridge over the canal has just been rebuilt after they drained a stretch of the canal, moving fish and everything. The wildlife has reappeared now the water is back. A kingfisher flew right past me and I saw a buzzard right overhead and a greater spotted woodpecker in a tree. A family of swans spent the day drifting up and down a pretty stretch of the water. All in all a good day out. I even managed to stay calm(ish) when the fish was caught. You will be happy to know it was released again and no-one was bitten.
The old manor house behind the wall with the grass and the bench (ate my sandwiches there) is Stonehouse Court and dates back to 1601. In fact the estate is mentioned in the Domesday book. The church next to it (the photo with the weeping willow) dates back originally to the 1200s, but the building that is there now was started in the 1400s.
Panning out, there was a glorious barge in the canal next to Stonehouse Court called Patricia. I know you'll want to see her... 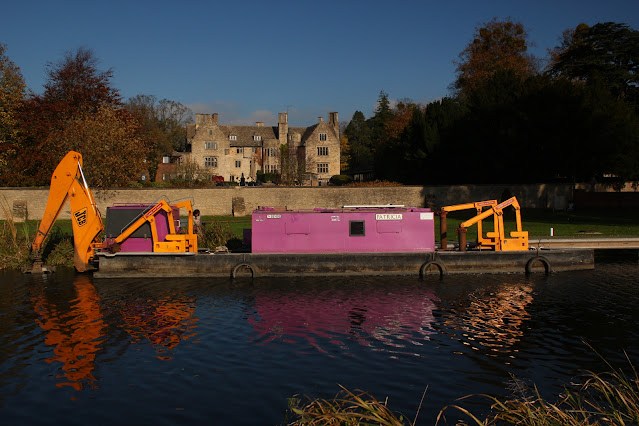 Magnificent, no? Who knew you could get a JCB boat?
In other news I am ignoring both the World Cup and Christmas. There is almost nothing positive about the former and the latter is just annoying and generally an eco-disaster.
I've been enjoying the early sunsets and the cosy winter feeling. While simultaneously trying to hold back with the heating :) Tricky isn't it. I do so love the countryside in winter. All that cold clean sky and pretty cottages with lighted windows in the dusk.
Do you think it's time to put sunflower seeds out for the birds? They naturally dispersed in spring so I stopped feeding them, like they do at the wetlands place. But I feel it might be time to start up again.
I'm also contemplating getting a crab apple tree for wildlife. Although I never see birds actually eating crab apples. Maybe that's because I am always walking past the tree at the time. I have pretty much persuaded myself anyway. They are very pretty almost all year round. I would want one with small berry-sized (bird-bite-sized) crab apples for the birds I think.
I am still waiting for a hedgehog. Well, there could actually be one in the hedgehog house but I don't like to look in case there is and I disturb it. I think the rat is still living under next-door's decking though. Bertie has a good sniff around on a regular basis and he should know with his super-spaniel nose. I am not fussy about wildlife, a rat will do nicely for now.
All okay at your end? Ignoring anything? Got a hedgehog?
Posted by CJ at 22:13