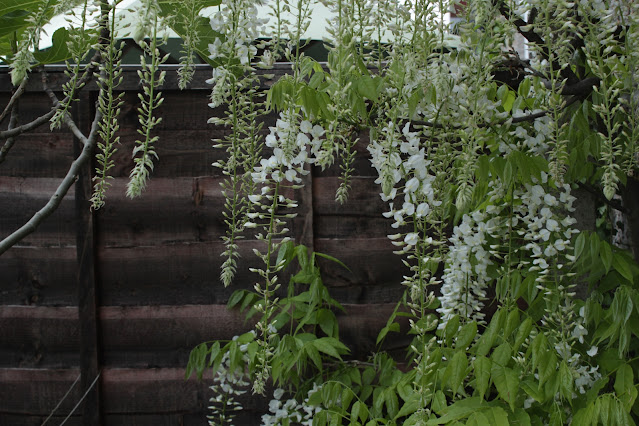 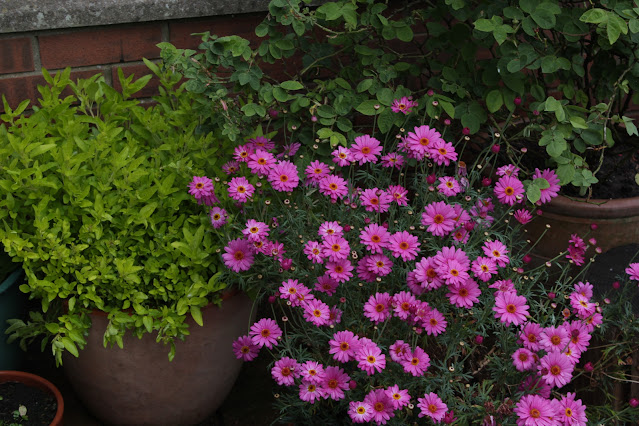 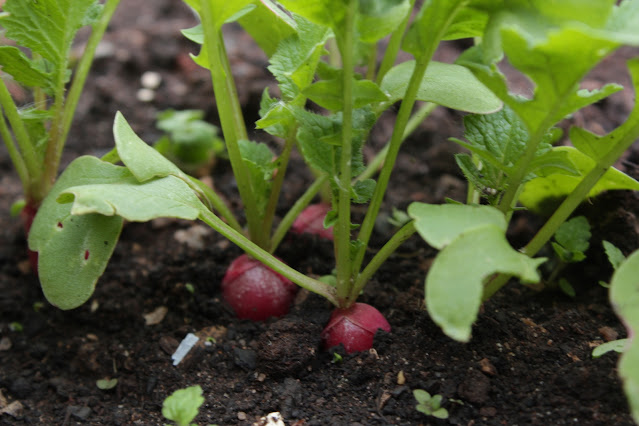 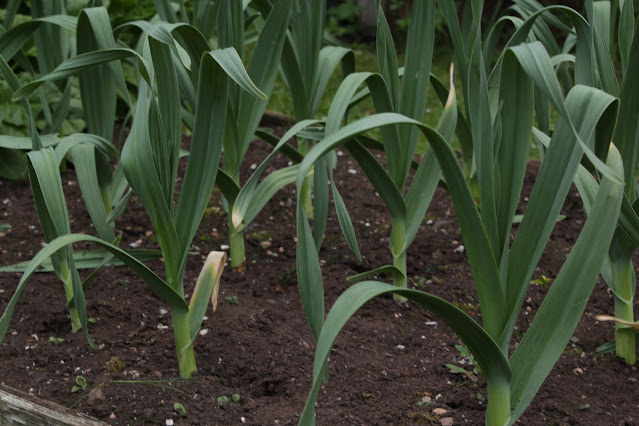 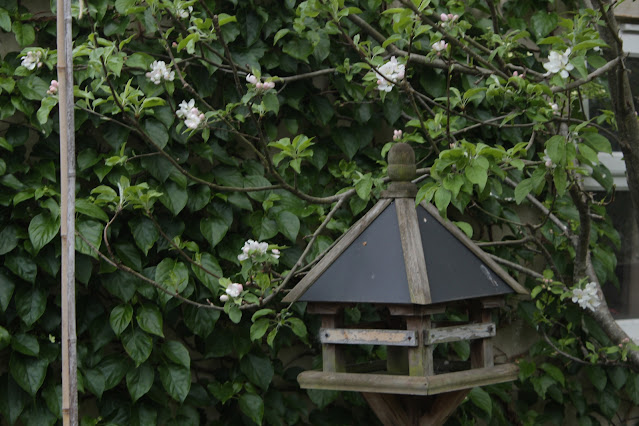 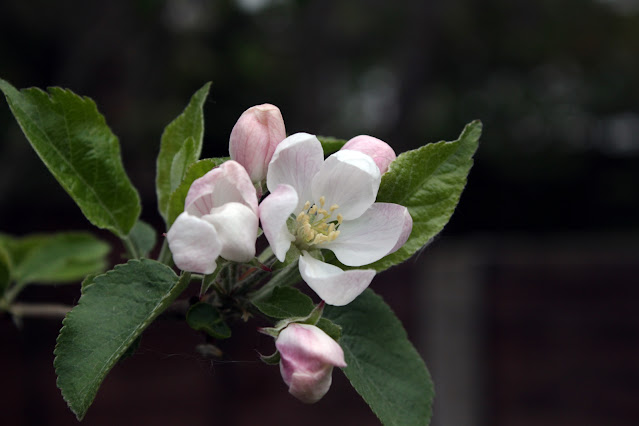 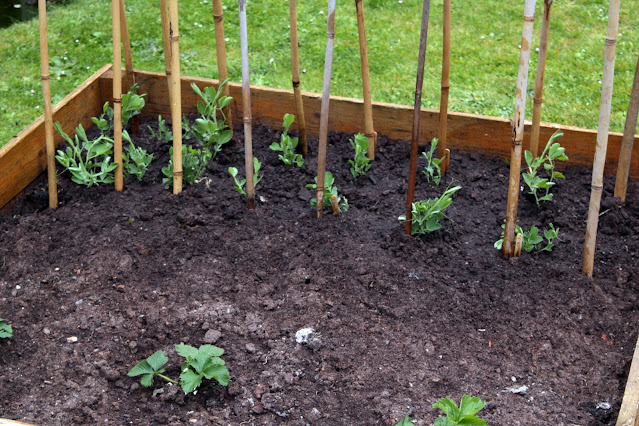 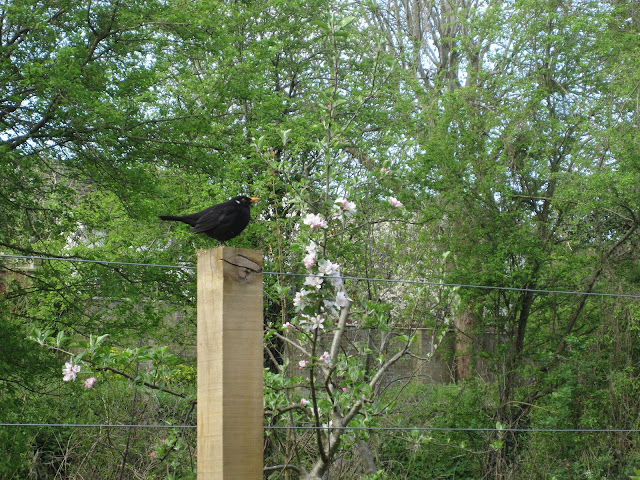 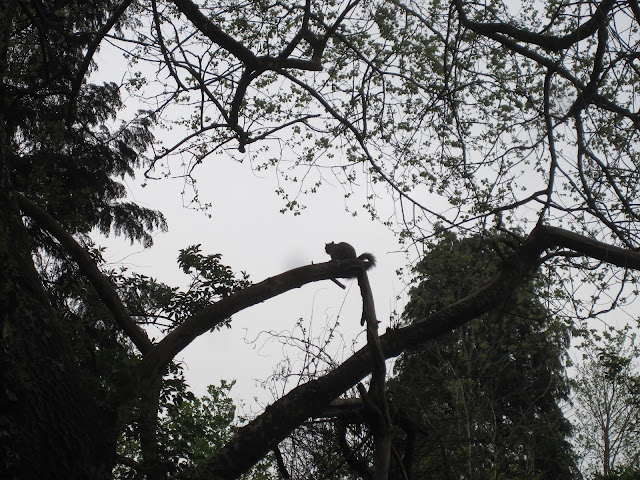 In case I haven't said it before, I absolutely love this time of year. The green is all so new and astonishing, I find it requires a lot of looking out of the window every single day to adjust to it all.
Mostly photos from the garden, but not the squirrel. There are loads of squirrels down on the streamside walks where there are happily lots of trees, but none at all in the garden. I have my hedgehog house in place now and there is a neat hedgehog-sized hole in the back fence (five inches square in case you were wondering), although there has been a slight snag with that. Much to mine and Bertie's horror, a small cat has come into the garden through the hedgehog highway hole. This is not the wildlife we were wanting at all. Although to be fair, I'm not sure the dog is entirely on board with Operation Hedgehog-Friendly Garden, he is more of a Mine, All Mine sort of a dog.
I am not particularly in favour of cats. The RSPB estimates that they kill at least 100 million things each year, of which 27 million are birds. Plus the creatures that escape but subsequently die and the ones that are killed but not brought home. Up until I made the hedgehog hole, the garden was pretty much cat-free during the day at least. On the rare occasion that one did appear, it had to come over the fence, meaning it was more visible. The small cat can just sneak in on silent paws and creep up on things now. There are loads of birds in the garden and they are often on the ground picking up stray seeds.
The day I first spotted the cat, there were lots of feathers on the ground. No body though, so I am hoping that the cat just got a mouthful of feathers. The next time I saw the cat, Bertie and I trotted out to have a word. I kept Bertie on a lead, not wanting an actual confrontation. The littlest boy has suggested that we put up a sign over the hoghole saying 'Hedgehogs Only'.
Bertie had a bit of a shout and the cat left in quite a hurry. Bertie's chum a couple of doors up joined in as well. Sometimes Bert just goes out into the garden and calls out, 'Oatie, let's bark a lot just in case there's something in the back lane.' And Oatie goes, 'I'm on it Bert,' and gets into huge trouble for being too loud. Don't worry, we're not as anti-social as I make us sound, Bertie only barks sometimes, and mainly to make people go away in case they were thinking of invading.
I am currently reading Skulduggery Pleasant, which is recommended reading for 8-12 year olds. The littlest boy has read them all and was very keen for me to read it. In fact, I may have inadvertently said  that I'll read all thirteen when I was trying to get him to go to bed one night. ('Yes, fine, I'll read them all IF YOU WILL JUST GET INTO BED AND GO TO SLEEP.") I'm hoping he forgets that. It's actually quite a ripping yarn and a pretty fast read though, so hopefully I'll be back to more grown up murders before too long. Although maybe when I get to the end of volume one I'll want to read volume 2 and on it will go. It's certainly an escape from the real world. An actual walking talking skeleton!
How is all of the reality at your end? CJ xx
Posted by CJ at 22:09