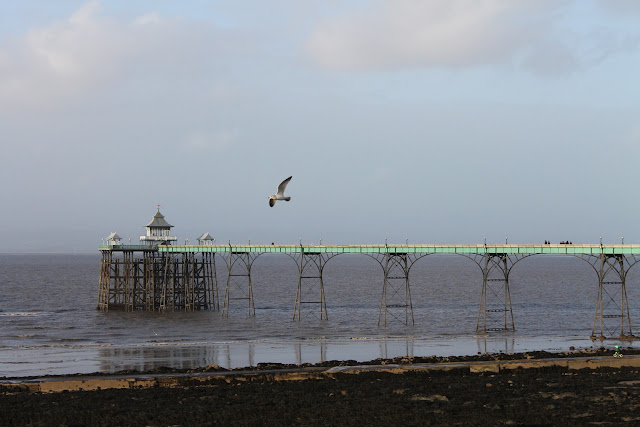 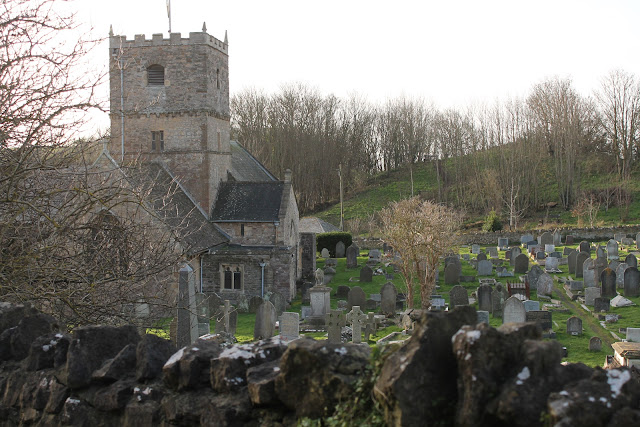 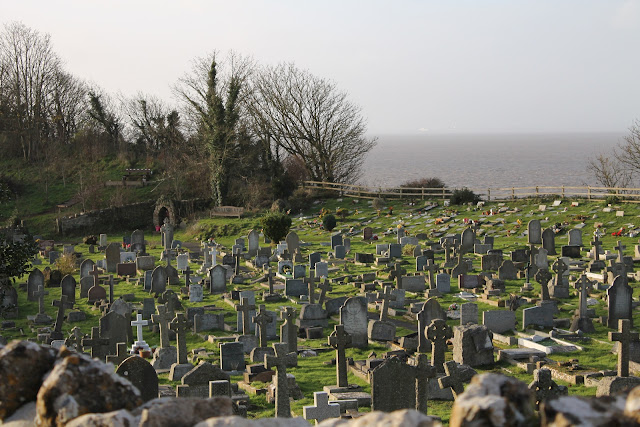 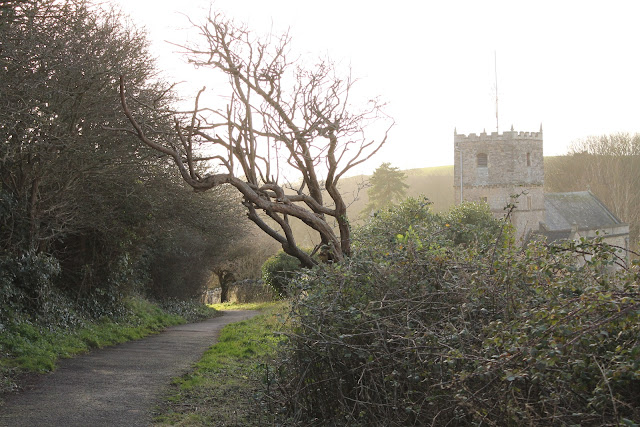 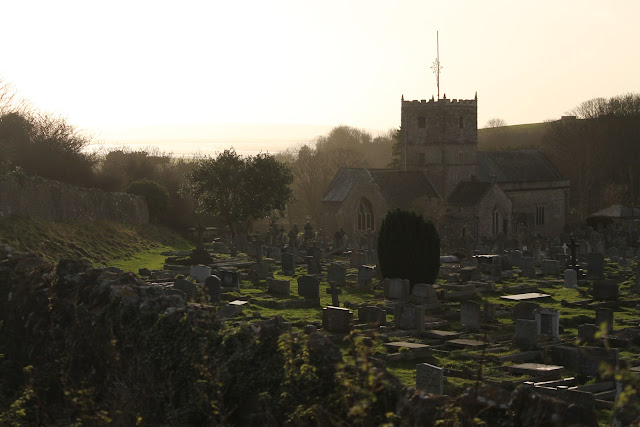 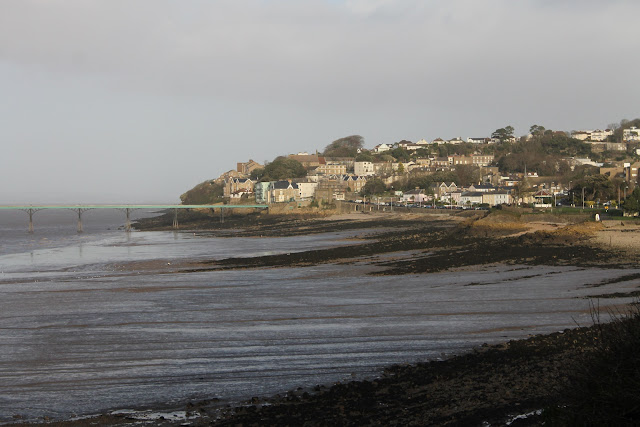 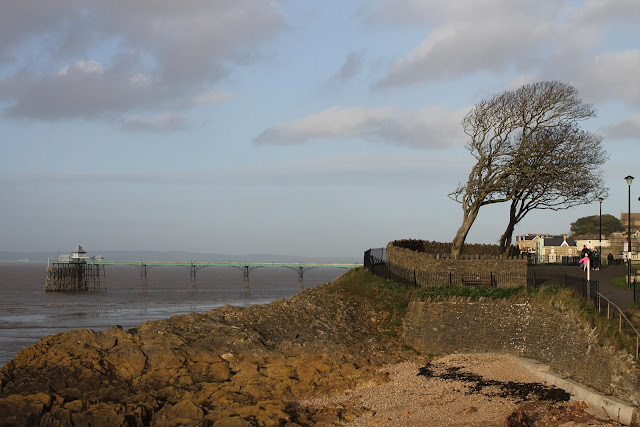 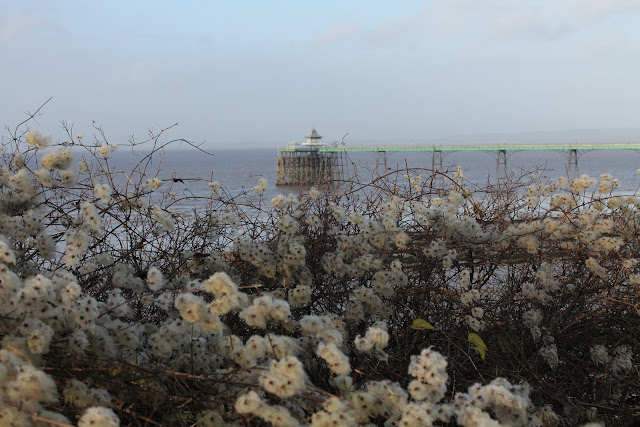 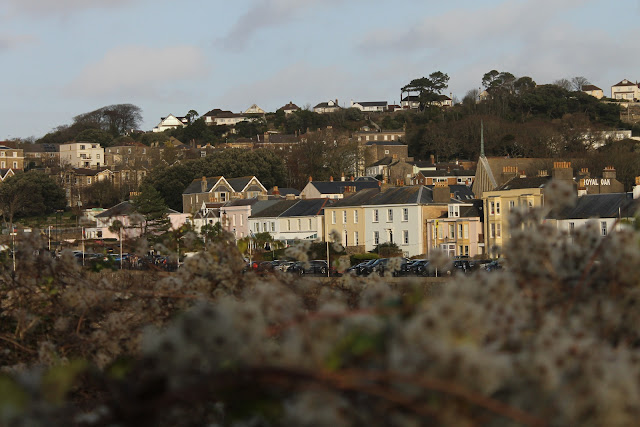 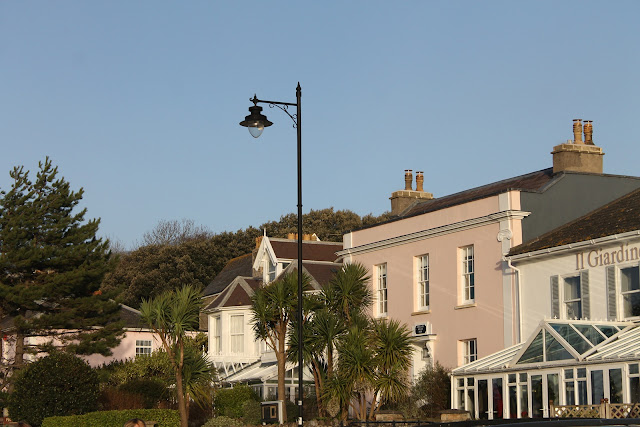 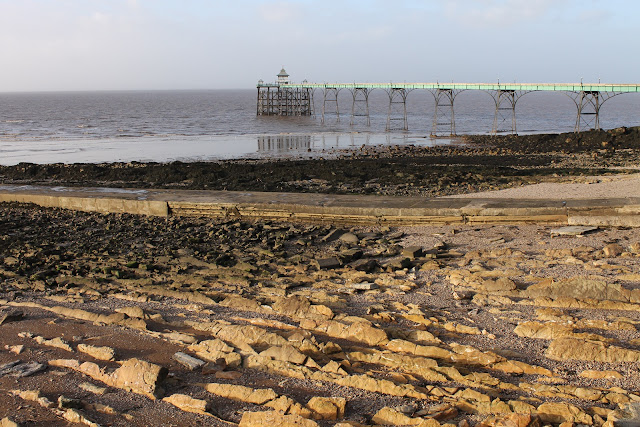 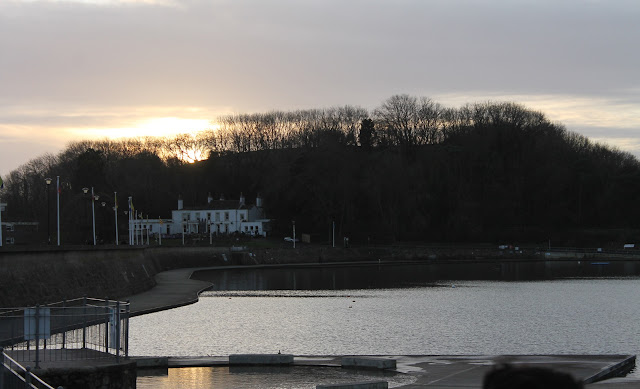 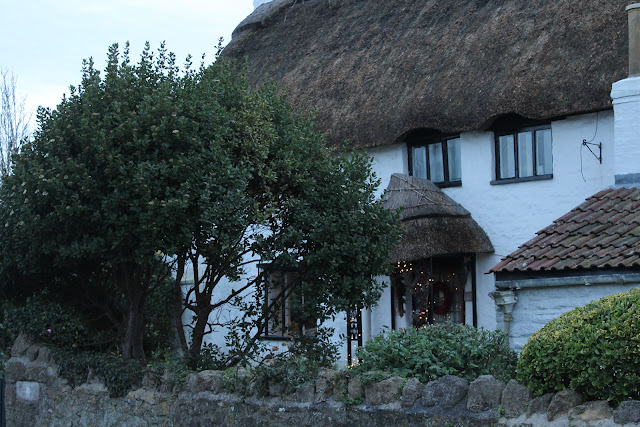 A glimpse of blue sky and a taste of sun, although I think it has rained every day since and the water is rushing down the streams. The dog's route across one bit of water was cut off this morning and he had to gallop through the stream to get to me. I try hard not to put the lights on until the children get home from school, but I end up peering at things in the gloom. It seems a bit much for them to get home to a house where the curtains are already drawn though.

Photos from a walk along the sea front. There's a marine lake there (penultimate picture) and people like to swim in it, even in the depths of winter. In fact they were diving in while we went past. In moment of madness sheer bravado I said that I would put on my swimsuit and get in next time we go there. For a second it all looked really healthy and invigorating. The truth is I can hardly bear to get in a heated swimming pool when the air temperature is sweltering. I think I am probably highly sensitive. Hopefully they'll all forget I ever said it.

Here's an interesting thing. The children had an election, a day or two before the actual election. They had the parties' manifestoes to read before they voted. The Green party won and the Lib Dems were second. The Conservatives were last by quite a long way. From memory, that is exactly the order in which Greenpeace ranked the parties in respect of their environmental policies. I am hoping that the future will be brighter for the planet.

In other news, the children have had to explain their insults to me. That's how uncool I am. Apparently 'Ok boomer' is a thing Young People say to the Older Generation. Happily it wasn't directed at me, being only Generation X, apparently, but honestly, it seems I have to look up more and more stuff. Acronyms are out of control and jargon is rife, without people making up new insults.

We are all paddling towards Christmas, although a virus is circling and the urchins have had temperatures and headaches and are a bit on the floppy side. No doubt they will all perk up once they hear the jingle of distant sleigh bells. Hope all is well at your end.
Posted by CJ at 21:33