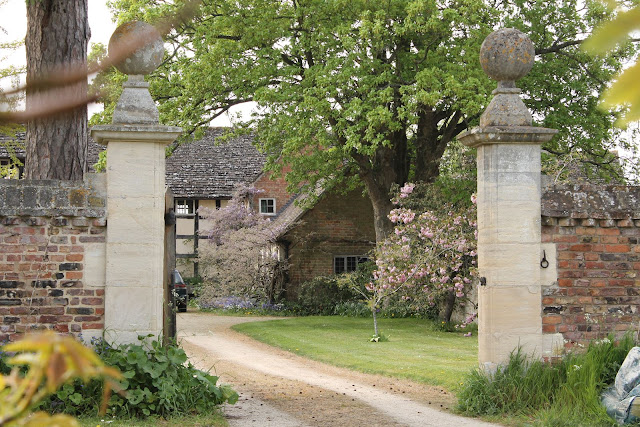 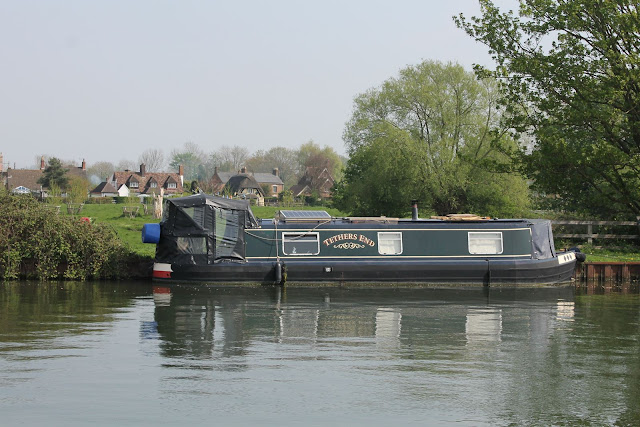 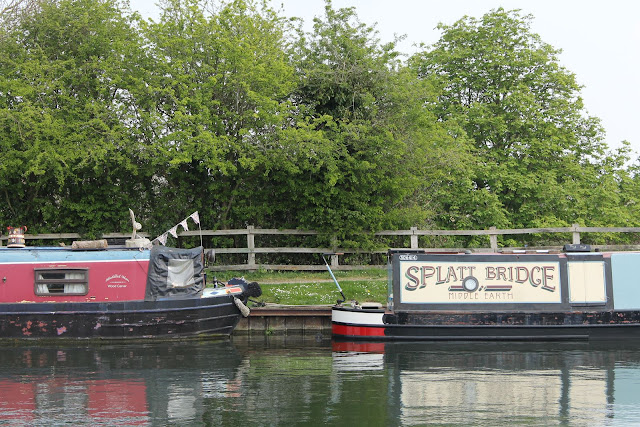 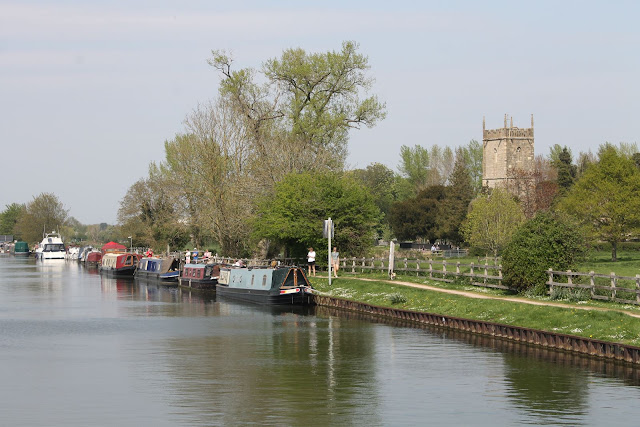 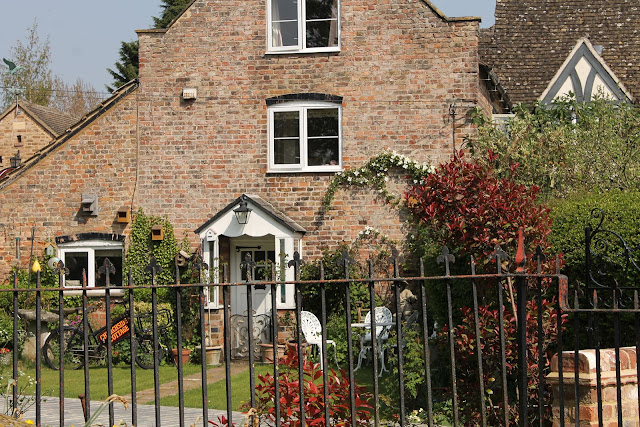 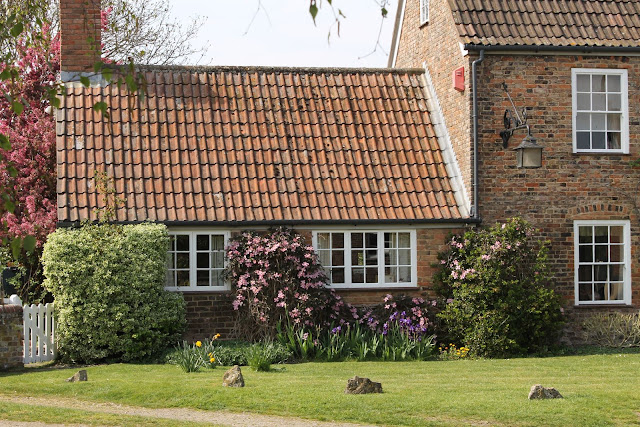 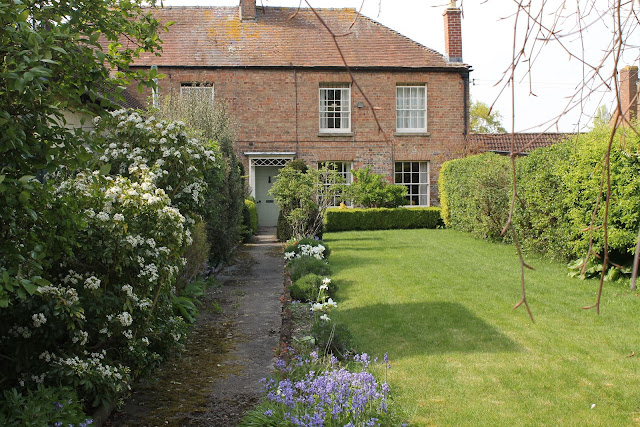 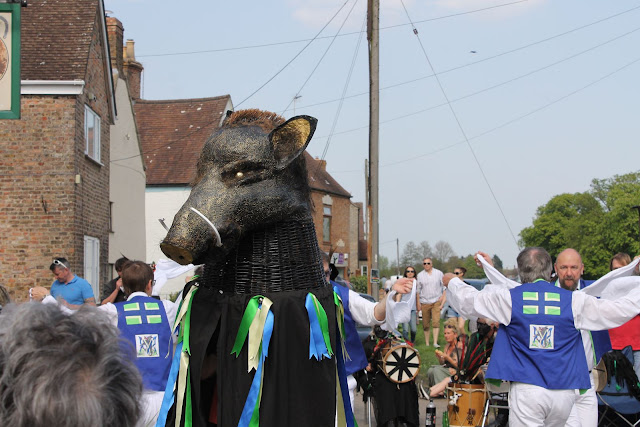 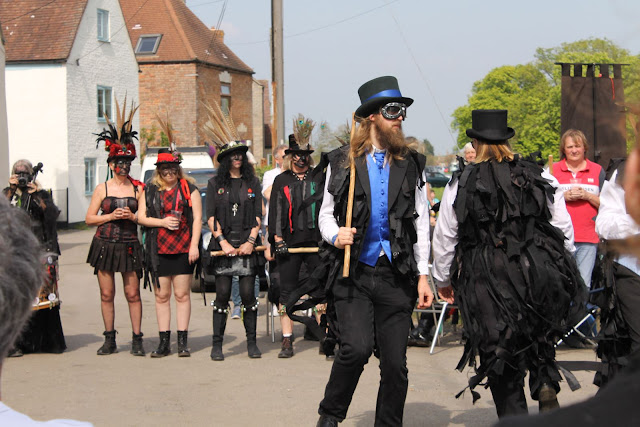 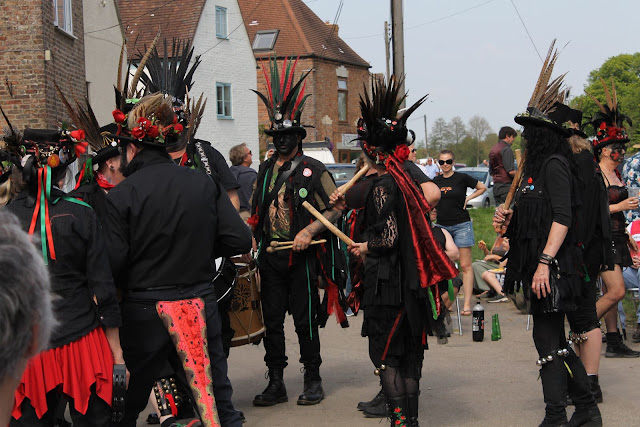 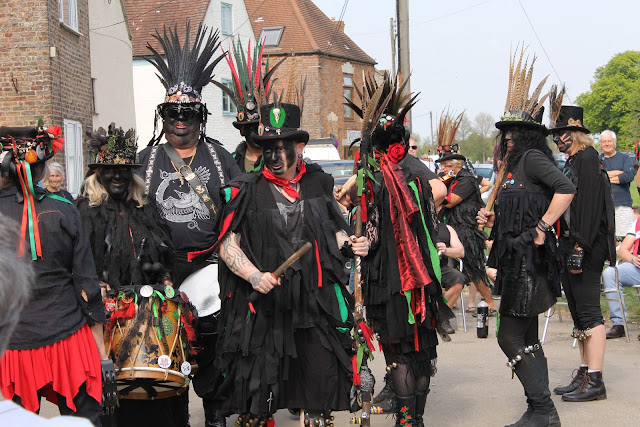 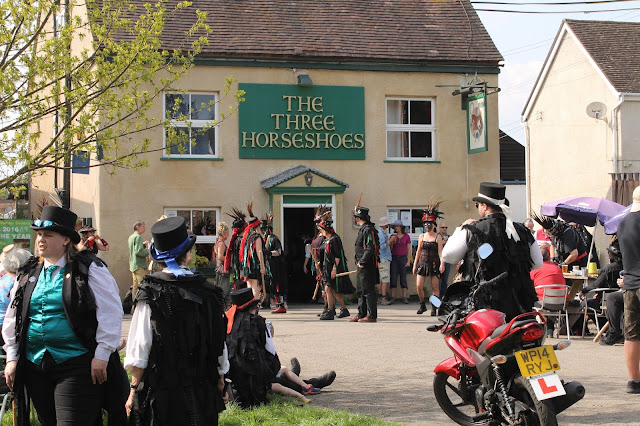 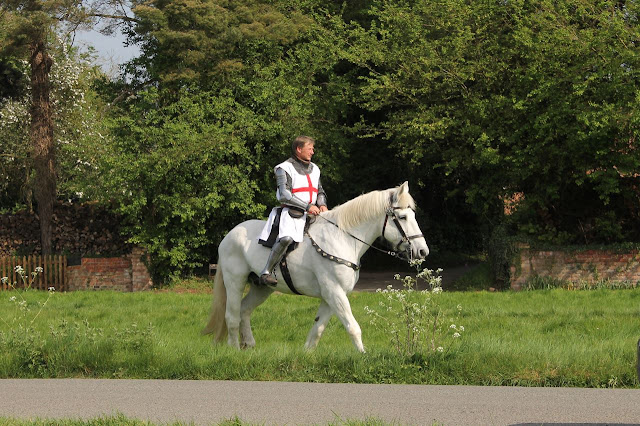 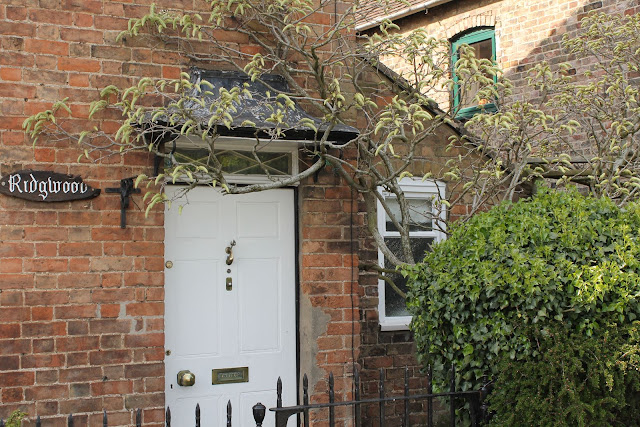 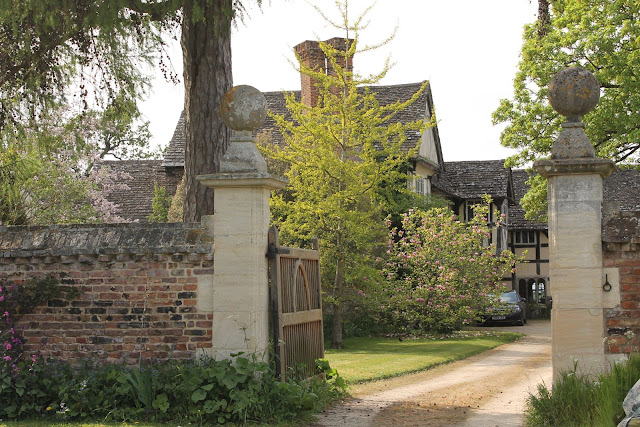 Ah, bank holiday. It seemed as though everyone was out, everywhere. We cunningly avoided the M5 and went to the village with the big village green. The canal was bustling, with houseboats opened up and everyone kicking back and enjoying the sun. The bridge operators were opening and closing bridges non-stop, some of them still needing winding by hand - hot work on the hottest Easter Monday on record.

Outside the pub there was all sorts of traditional bank holiday stuff - Morris dancing, sausage rolls, ice-cream, lager, dogs underfoot, deckchairs, sunburn and cider ice-lollies (the littlest boy's choice - the closest he can get to actual cider, which he believes he may enjoy). St George was even cantering about the place lancing things, which added to the atmosphere. There was a mummer's play and some strange feathery, flappy black-clad Morris dancers which Bertie took a very decided dislike to. He'd already had a fright when the barrier at the swing bridge went up in the air and the scary people were, well, a bridge too far. We retreated to a shady tree to calm down.

I dutifully did the annual Easter egg treasure hunt yesterday. I always forget what utter chaos it is when people misinterpret the clue and empty out cupboards looking for something that isn't there. I love it really though, especially when they can't get one and I can stand there looking smug and enigmatic because I KNOW WHERE THE CHOCOLATE IS.

And so it is all over and normal life will resume within a day or two. I hope all had a good weekend. I have enjoyed having the little and not-so-little people home. The biggest boy and I had a conversation over pens and notebooks yesterday, which we both take very seriously. I have three nice refillable pens that I got secondhand as a job lot a while ago.

Him: Three?? You don't need three.

Me: I do. What if there is a Brexit pen shortage? Who'll be laughing then?

Him: Can I have one?

Him: But you have three.

Me: Try some of this tea. Smell it first.

Him: IT SMELLS OF CARDIFF!

It doesn't actually. Cardiff smells lovely, and lapsang souchong does too, although in a very different and more of a burning rubber sort of a way.

Of course he squeezed a pen out of me in the end. Then he took it apart to see how it worked. What is it with boys and taking stuff apart? He also likes making 'improvements' to things. He has added about forty 'useful' apps to my laptop to streamline his existence. Unfortunately it takes so long there isn't usually much time left for homework at the end of it all. But it is all apparently very efficient and if only I would do it all as well, I too could be running smoothly.

Hope all is well out there? Smooth and energy efficient? Or slopping lapsang souchong on the laptop and hoping for the best?
Posted by CJ at 22:12