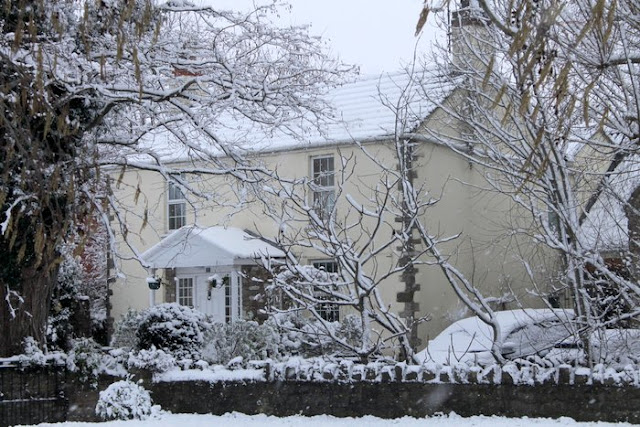 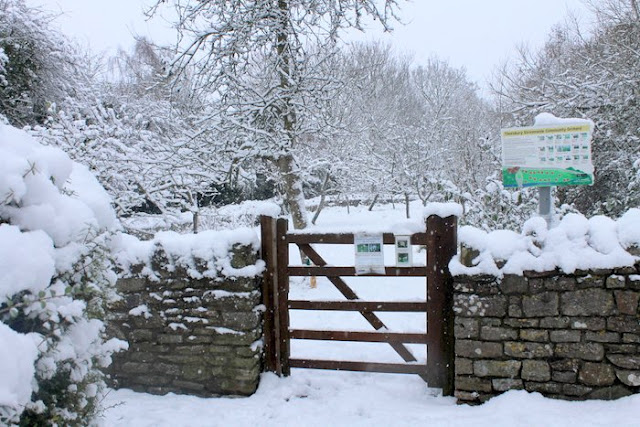 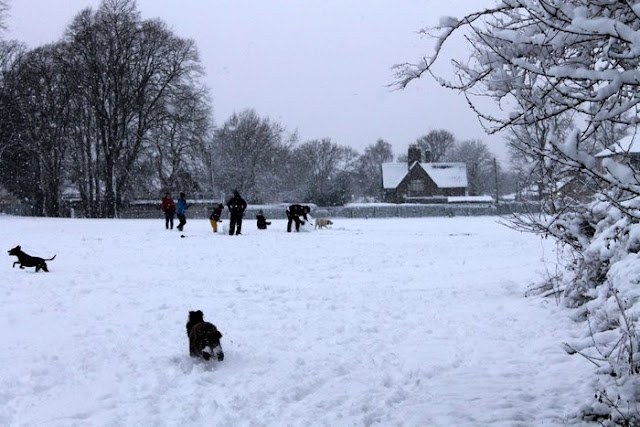 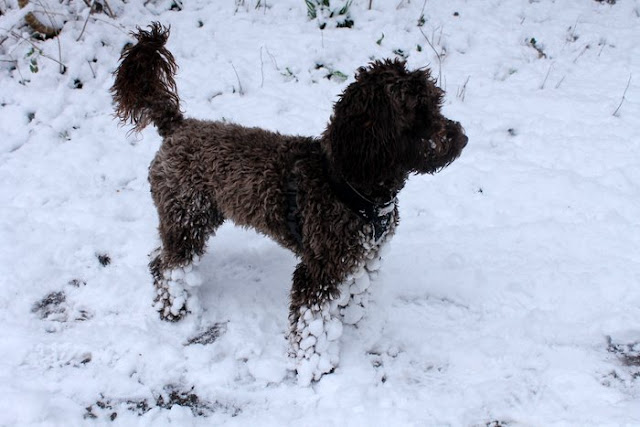 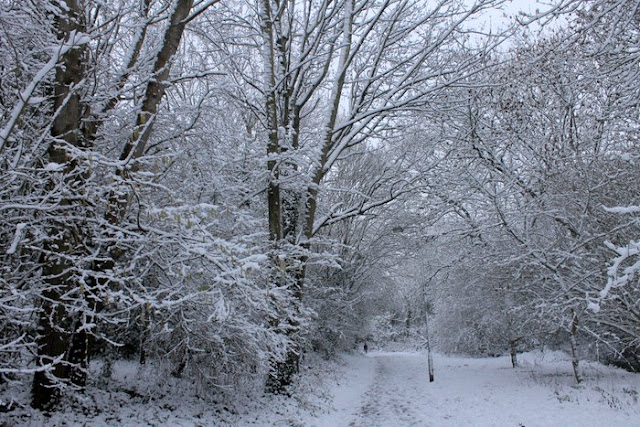 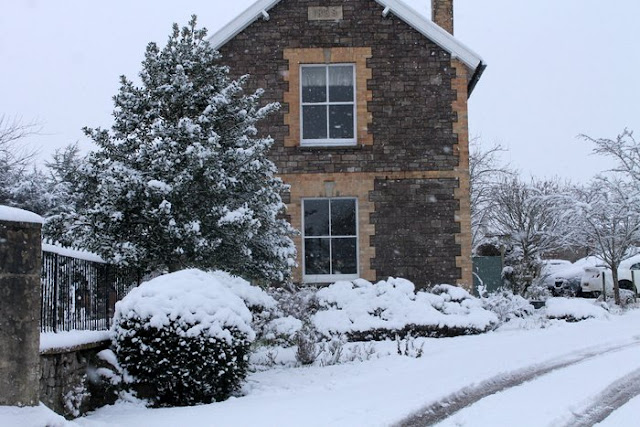 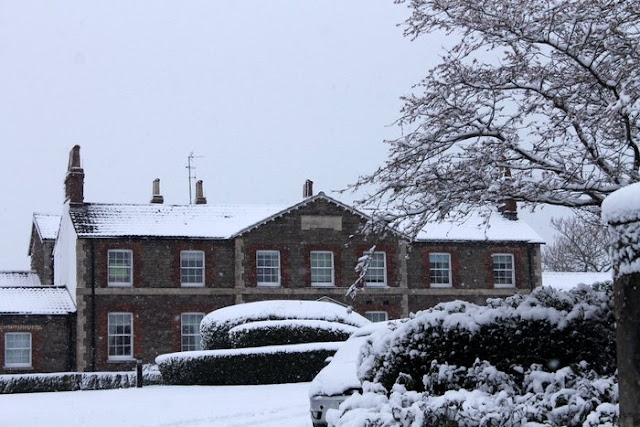 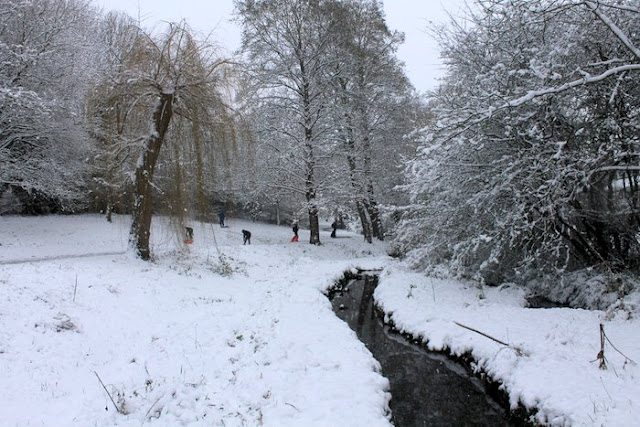 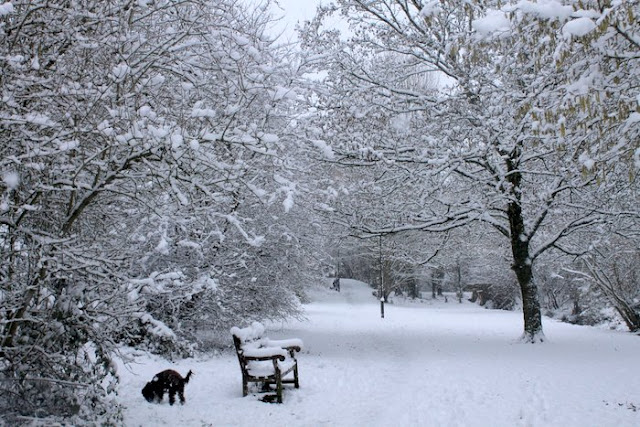 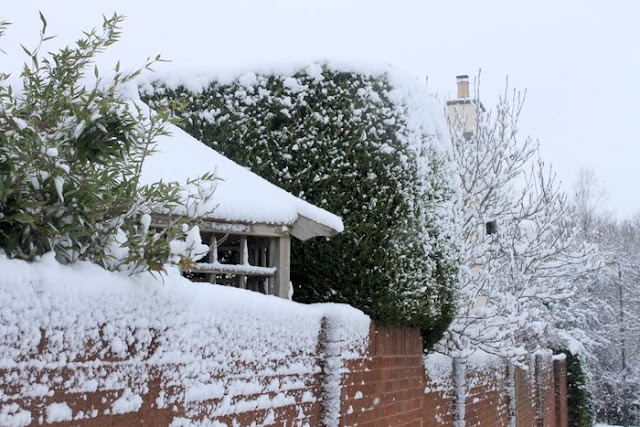 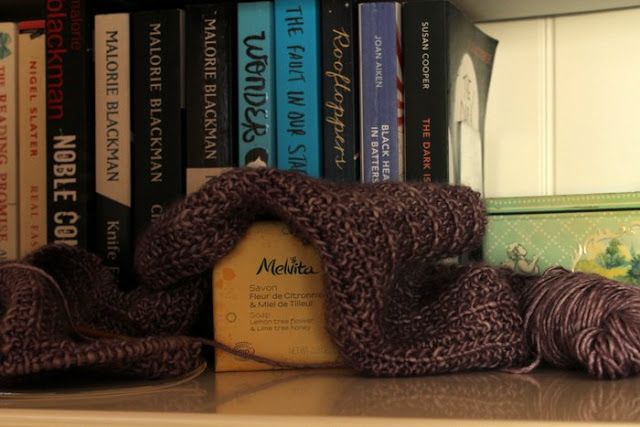 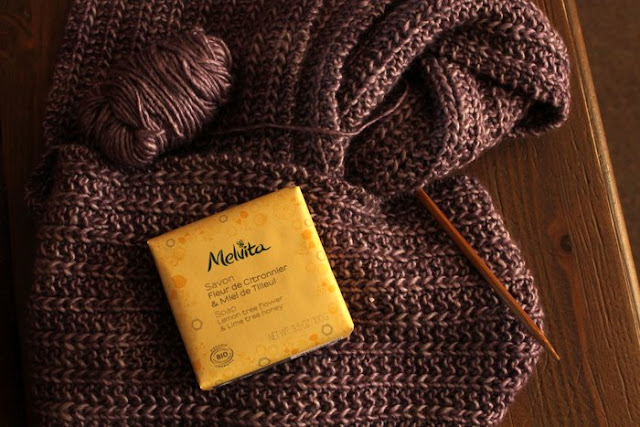 I was going to say that it's a bit chilly, but in the light of how frozen some corners of the world are right now I am trying to man up and not mention the fact that it has gone below freezing. I made the most of the lightly frozen pond this morning by sliding off the ice along with a load of duck weed that I've been wanting to remove. It was the second time I've done it over the past couple of weeks (and probably the first opportunity I've had this winter) and I reckon with one or two more freezes I'll have a good proportion of it off. It really took over last summer and the water didn't get much light at all. There were frogs in the pond already pairing up and getting ready for spawning. I tried not to disturb them too much.

I've found a use for my fancy French soap (brought for me by the French exchange student), keeping it under my knitting so that the knitting smells all delicious, like lemon tree flower and lime tree honey apparently. It's a tip I got from Lucy at Attic 24, although I can't from the life of me find the right post now. And I think she got the tip from someone else. Anyway, it's working beautifully.

Are we all enjoying Brexit? I'm rather disappointed that it is dominating the news when we could be looking at the usual snow-day fare of children toboganning down hills and being generally thrilled about not being at school. I wonder if we would notice any difference if the drama wasn't on the news at all ever and we all just got on with our lives. Maybe the government could just issue a bulletin once a year and let us know how it's all gone. We could listen to audio books instead or just enjoy the quiet calm.

The dog got a massive amount of snow stuck to him in chunky ice balls on his walk this morning and had to be defrosted in the bath. He is curled up tightly now, warming himself up and dreaming of spring. I would like to do the same, but there are ravening hoards to be fed. All well with you?
Posted by CJ at 11:04