Just custard for me please 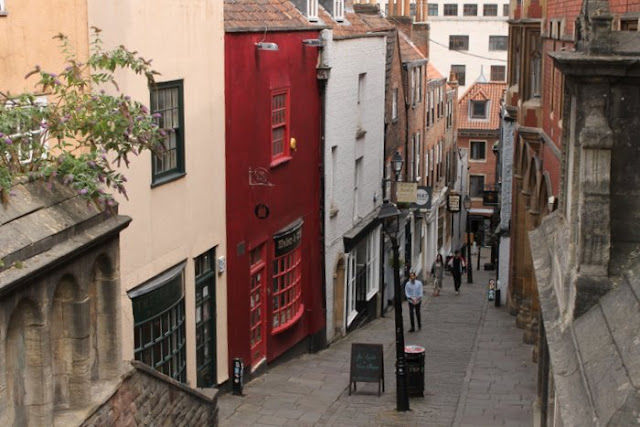 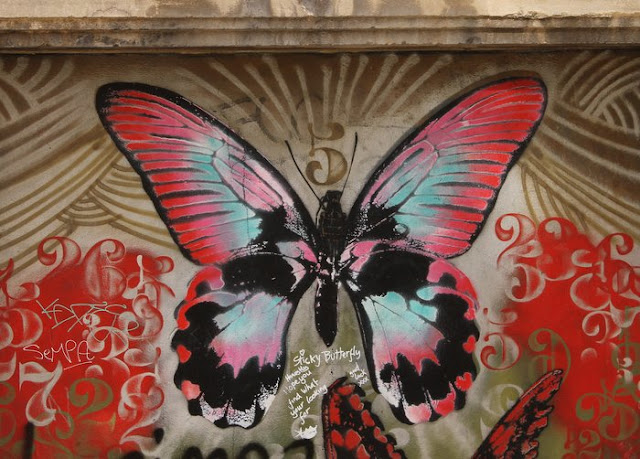 A little urban snapshot for you today, from an end-of-hols trip to Bristol. The top one is Christmas Steps, a famous old street running down the steep hill into central Bristol. The biggest boy treated himself to a new skateboard with his hard-earned money, the middle boy bought fishing stuff and the littlest boy had a new knife, as he has temporarily misplaced his all-singing, all-dancing Swiss army knife and he finds it hard to be without one. He likes to sit and whittle things in the garden, nothing dangerous, I hasten to add.

Bertie has a trick that he would very much like you to see. 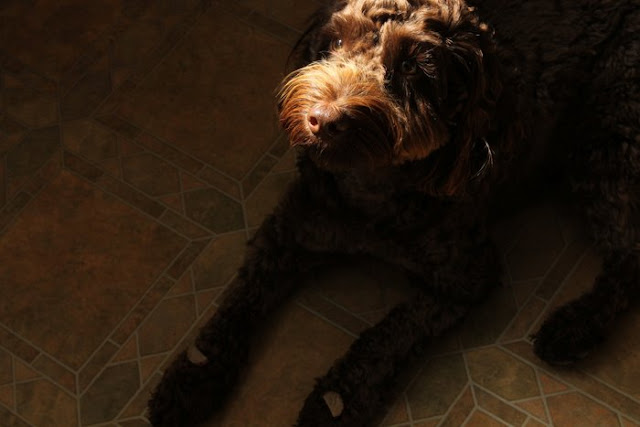 Look, little pieces of sausage balanced on the back of each paw, and he isn't eating them. Oh, the concentration this requires. Other tricks, like not chewing the washing, are still a work in progress.

I have a bad toothache this week, involving waves of pain followed by grumbling pain. It is all I can do not to devote this entire post to it actually. I was finally forced to the dentist, who was very sanguine about it all. I was braced for root canal surgery or antibiotics at the very least, but he complimented me on my brushing (he did!) and said that all it needed was some mouthwash as the gum was inflamed. On the home front it may have harmed my credibility slightly as it doesn't require any extraction or amputation, but I am as happy as someone with toothache can be.

I am eating only non-chew foods, which has got a bit boring already. Overnight oats, yoghurt, cream of mushroom soup and custard. I risked a slice of Wensleydale earlier and tomorrow I shall do something with an egg I think. If it doesn't clear up soon I can see myself ending up with scurvy.

The urchins have raced back to school and the house is quiet and calm. I miss them of course, but by the time half term comes around I shall be nicely used to the peace and order and I'll be in a flap again. It's a rollercoaster, no? It will soon be time for the littlest boy to look round the big school. I'm certain my baby is far too small to survive such a thing. All those beastly big boys! He would of course love to be home schooled. We could stay home together everyday, whittling things while solving quadratic equations and doing a bit of physics before lunch. Although I suspect he would soon be missing his school friends and all the fun they have together. He thinks he's not keen on school, but I think he'd miss it if he didn't go.

I had a little tidy of the garden at the weekend, in between the last of the cricket and the first of the football. It's made a huge difference about how I feel about it out there. Now it all looks (fairly) neat and tidy and I'm liking it again. Amazing what a bit of a trim and some lawn mowing can do. Very occasionally I sit on the back step for a moment when I'm supposed to be cooking the tea, and I soak up the peace and quiet. I can see the garden through the back of the all the plants, and it feels all green and calm and jungly. 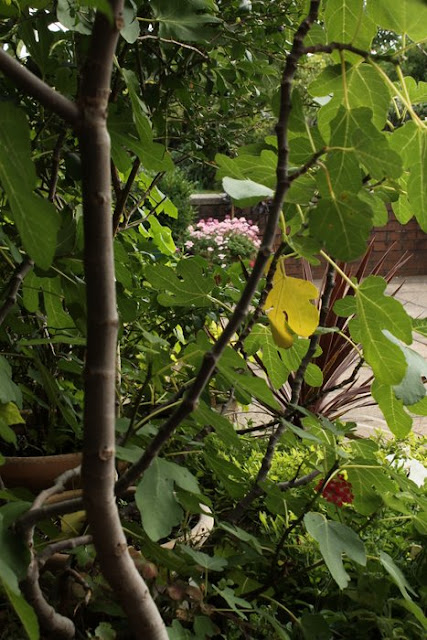 I am off to root around the kitchen in search of more non-chew foods now. When I was little and I had a loose tooth I was allowed honey sandwiches with the crusts cut off. Sounds like a plan.
Posted by CJ at 21:25