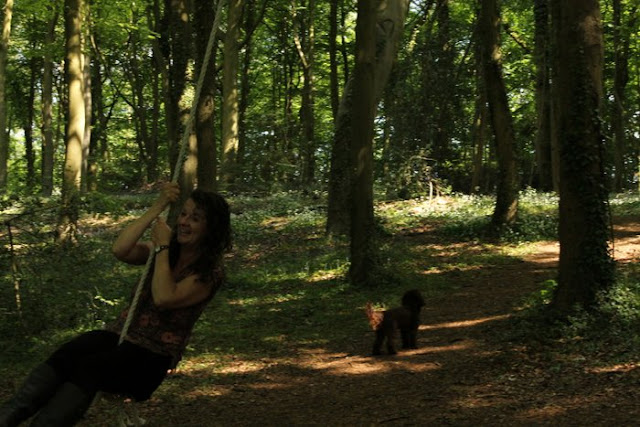 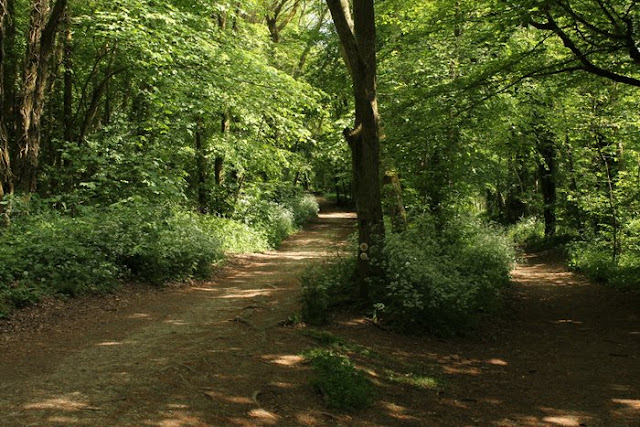 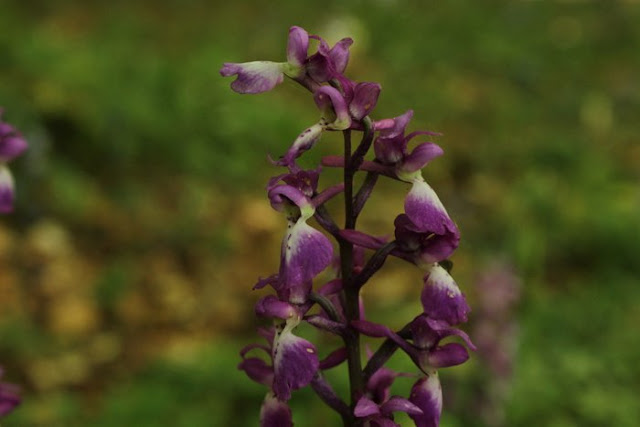 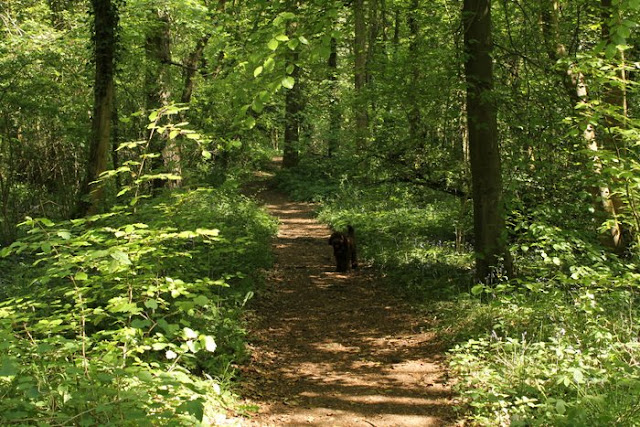 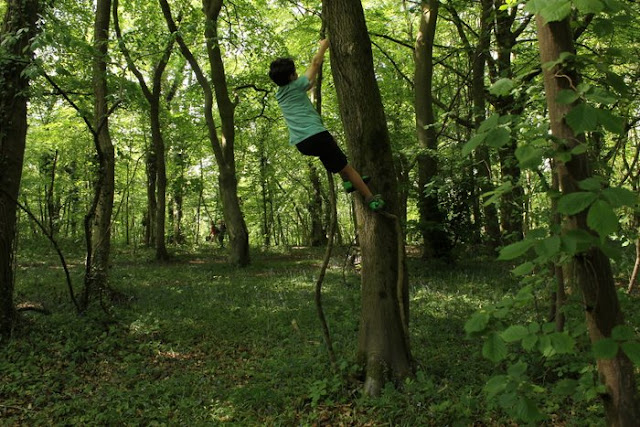 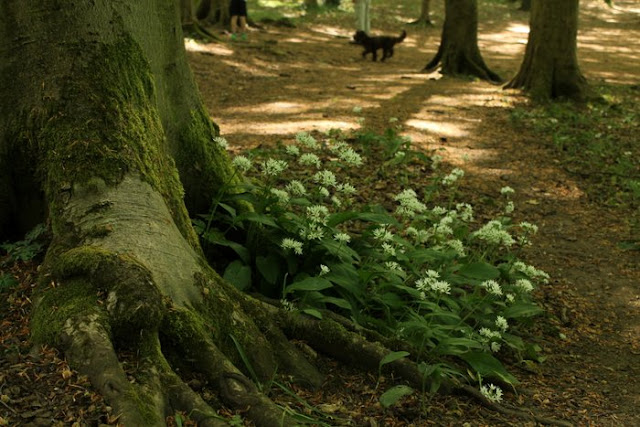 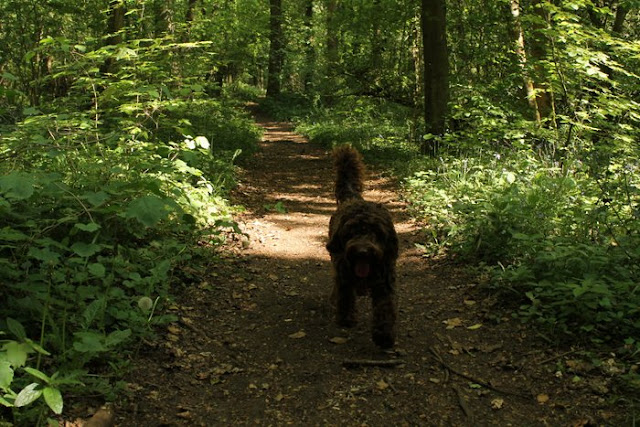 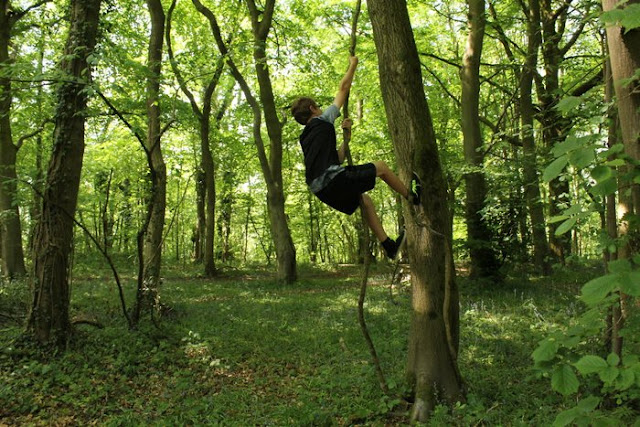 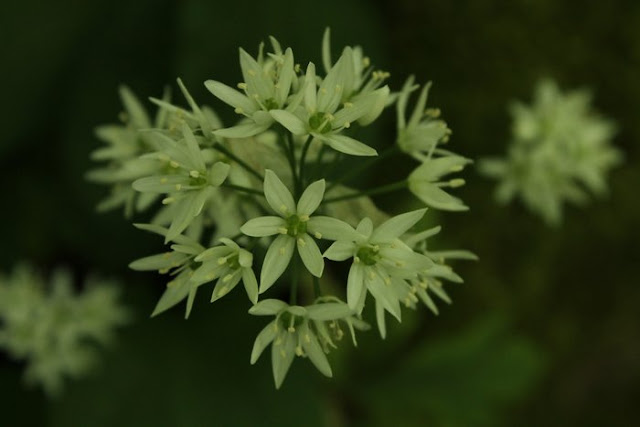 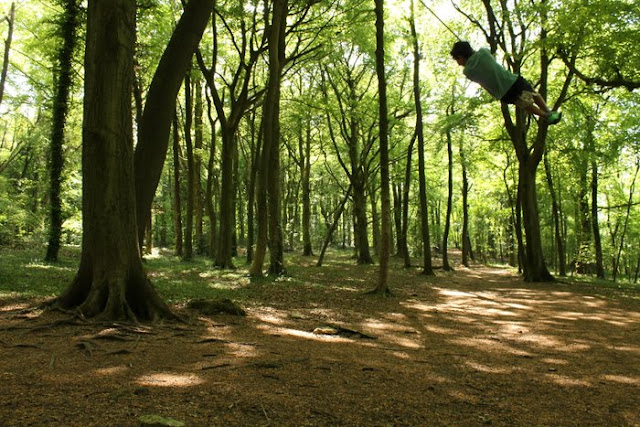 The woods are utterly magical right now. We went to one maintained by the National Trust at the weekend, somewhere cool for the one with the thick fur coat.

The littlest boy swung on a vine which snapped. He landed literally flat on his back with all of the oomph knocked out of him. He was back up in a trice though, and minutes later swinging on another one. I asked him if he'd learned anything from the falling off moment. He said he didn't think so.

We swung around on a rope swing for a bit and just generally soaked up all the oxygen. I was still decompressing from all the royal wedding television the day before. Honestly, I don't think tv agrees with me, I almost need to detox afterwards.

It turns out that panna cotta is pretty much the same thing as a blancmange. An artisan blancmange if you will. And it has gelatine in it to boot. It turns out it is not the thing for me at all. Remember blancmange? Usually pink, sometimes pale yellow. I ate almost everything when I was little, wouldn't have dreamt of saying I didn't like something, except for broad beans, pears and grapefruit, I was allowed a free pass when it came to them. Anyway, I was never keen on blancmange, but from memory I ate mountains of the stuff. Don't intend to eat any more now, fancy Italian name or no fancy Italian name.

What I did make the other day was Nigella's hazelnut cheesecake. It's an absolute shocker, cream cheese and nutella (I used the Aldi version) and that's pretty much it. It went down a storm. Oh we're classy in this house.

The biggest boy has been playing a little adult cricket this season, which always includes an epic cricket tea. Honestly, you wouldn't believe the amount they feed him. It may be a strategy to slow them down, who knows. It's saving me a fortune in food. Once they're all in the team I'll barely have to feed them at weekends.

Hope you are enjoying the sight of me swinging about in the woods. Someone managed to make the rope spin round as well as back and forth, so that I felt quite ill by the time I got down. I am the worst traveller. Hope all is well with all. CJ xx
Posted by CJ at 22:17