Anyone for a mince pie? 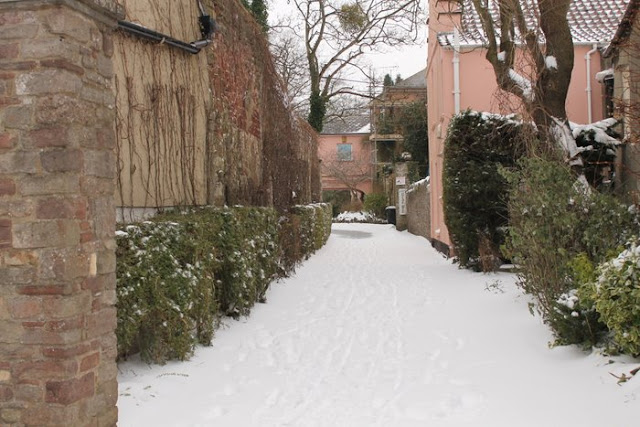 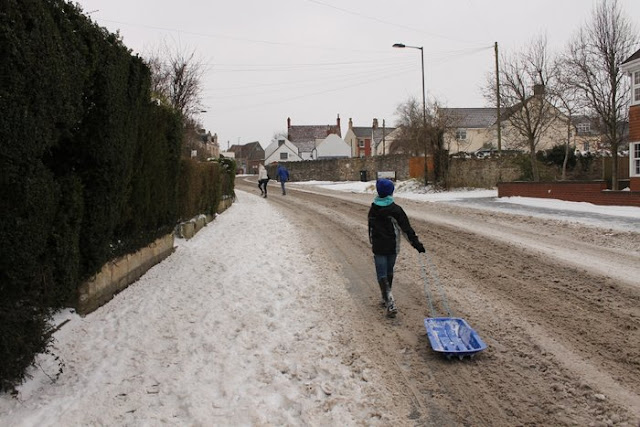 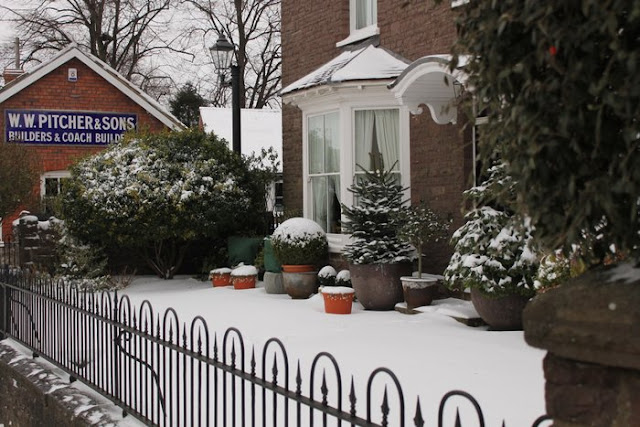 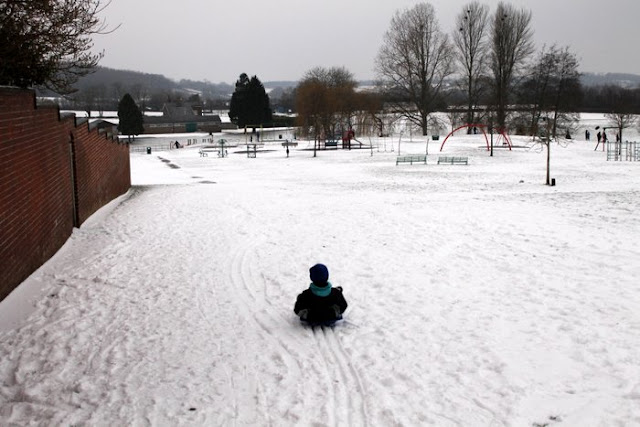 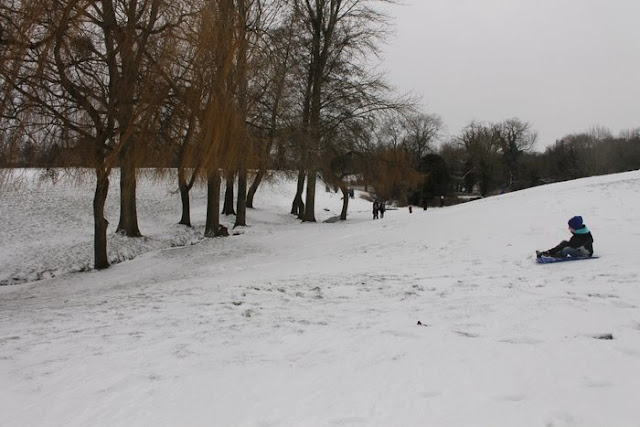 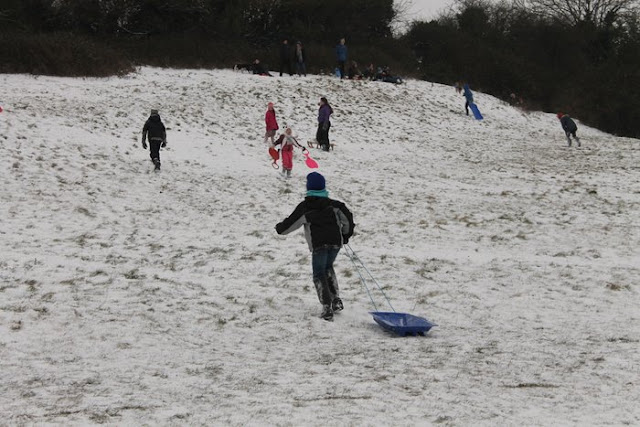 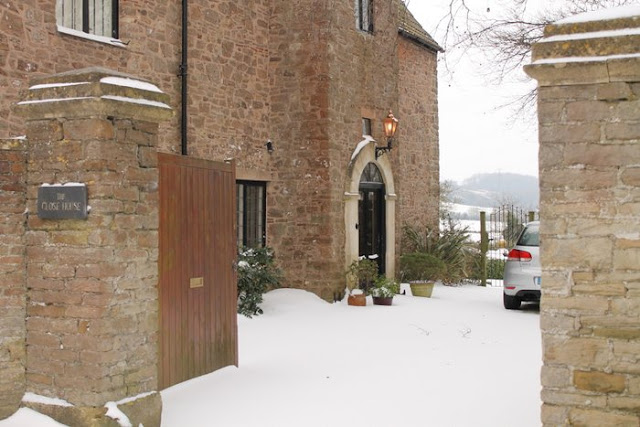 There is a mountain of wellie boots on the mat and the dog is asleep on top of them. We are all worn out with the hard work of making the most of the snow. It's been about seven or eight years since we last had proper snow here. Everyone is off work, out and about with dogs and children, there is a holiday atmosphere to it all. I almost feel I should be making mince pies. I do have a couple of jars of mincemeat left over now I think about it.

Yesterday I was dragged outside for most of the day. Today I'm aiming for a little inside time. Baking things in a deliciously warm kitchen would suit me very well. Tobogganing was mixed success. The littlest boy plunged his foot into a snowdrift over the stream and couldn't get out. Eventually he came out, but minus his wellie. I couldn't pull it out for love nor money. Someone else's dad got it for us in the end, otherwise he would have had to walk home without it and most likely have lost his foot to frostbite.

Then he tobogganed down the hill, hit a bump, flew through the air and landed with a whomp on his bottom. That was the end of it for him, we dragged ourselves home with more than a little complaining.

A brief interlude since I started writing this post. The snow has all but vanished, the toboggans have been put back in the garage for the next seven years until it snows again and tomorrow life will resume again, full throttle. It was like spring at 5pm when I took the dog for a walk, all warm sunshine and birds singing. An odd few days I think, but a nice break from routine.

All sorts of things were cancelled and there was catching up with friends and doing things locally and walking and puppies and general relaxing. I didn't get round to the mince pies and I feel the moment may have passed. The French student will be here soon, and mince pies may be a bridge too far. I wonder if I can feed him fermented things? They have turned out to be delicious, so I might give it a go. I am compiling a list of things people will not be allowed to say to him, such as, You must not eat the frogs from the pond, which was suggested by someone who shall remain nameless. Honestly, I hope they all behave, I am on tenterhooks. There is nothing like family to completely embarrass a person is there? Any tales to tell..?
Posted by CJ at 21:12