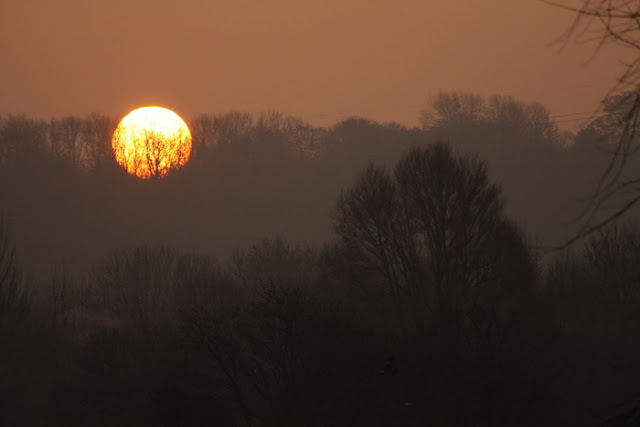 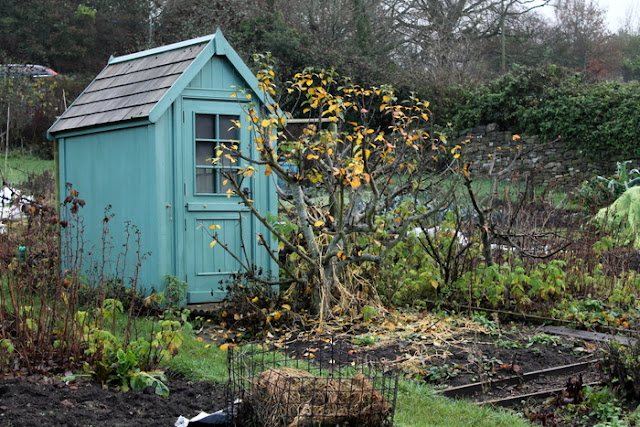 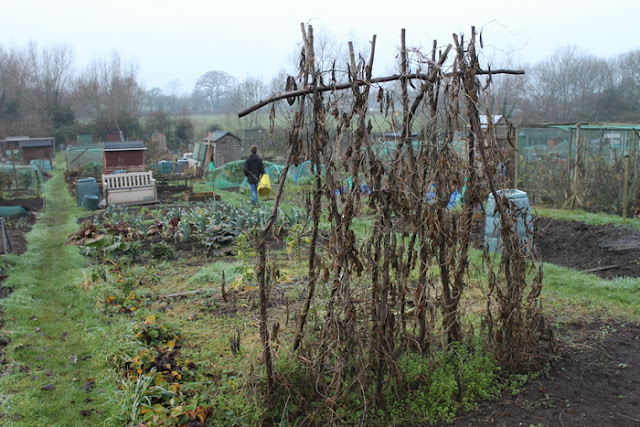 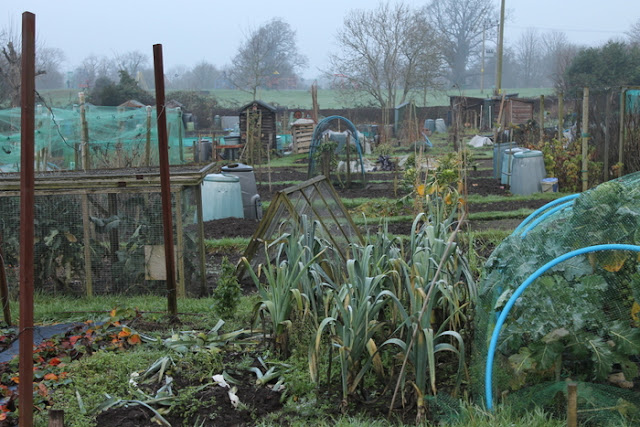 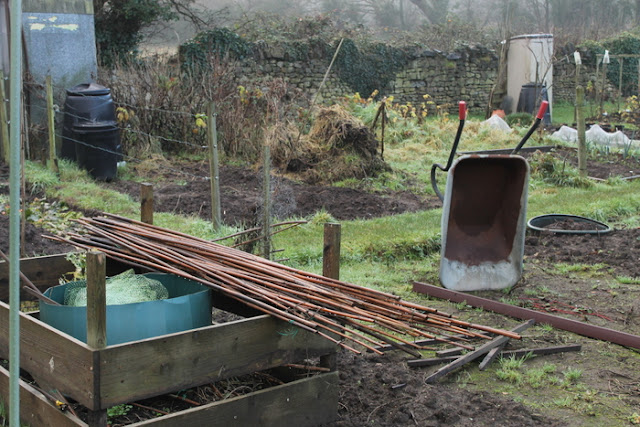 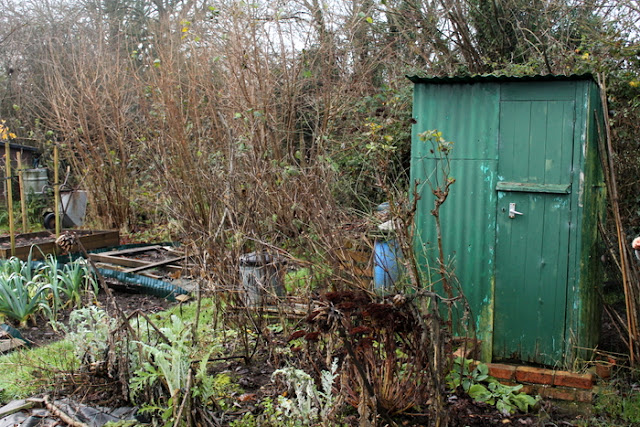 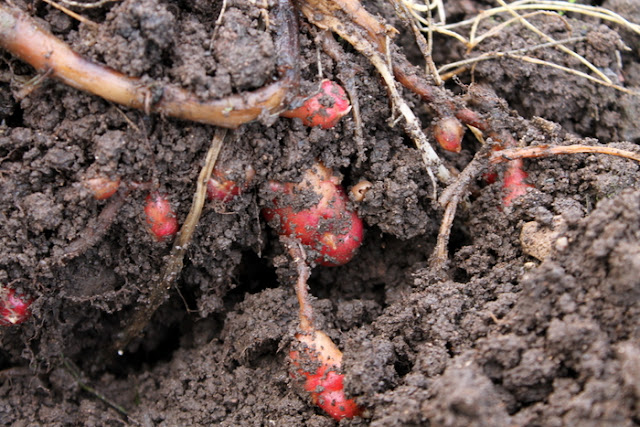 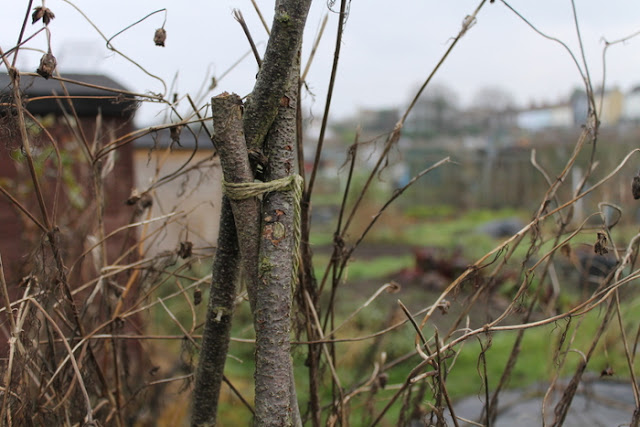 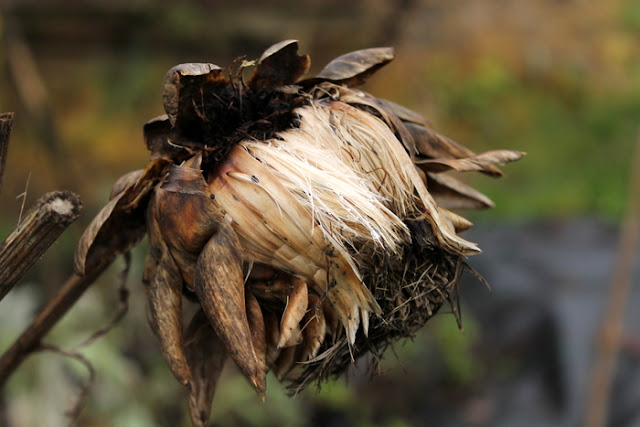 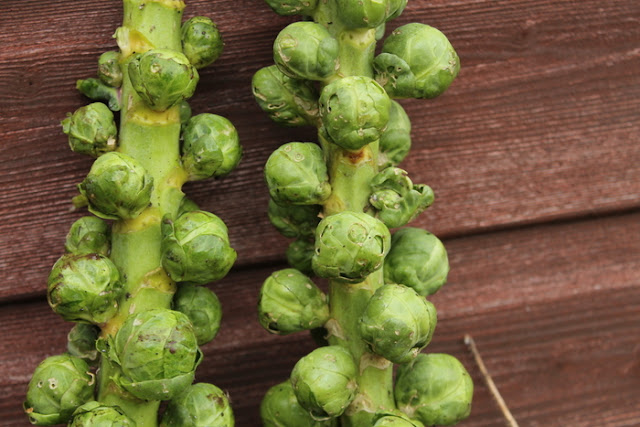 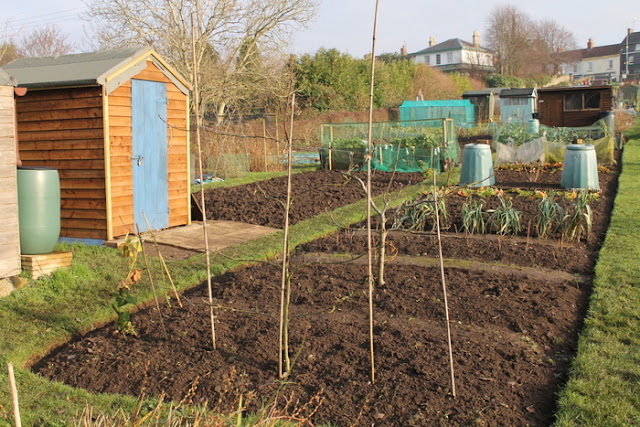 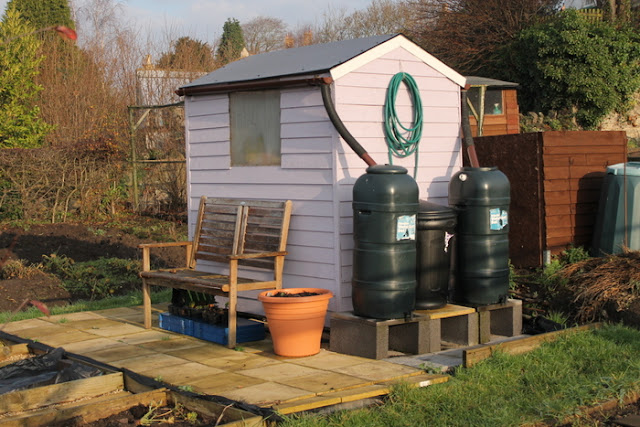 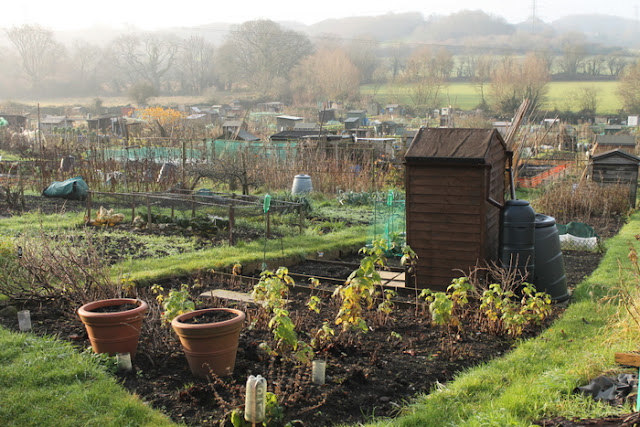 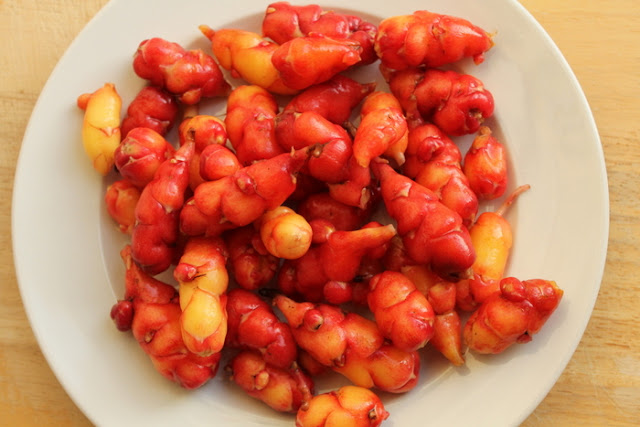 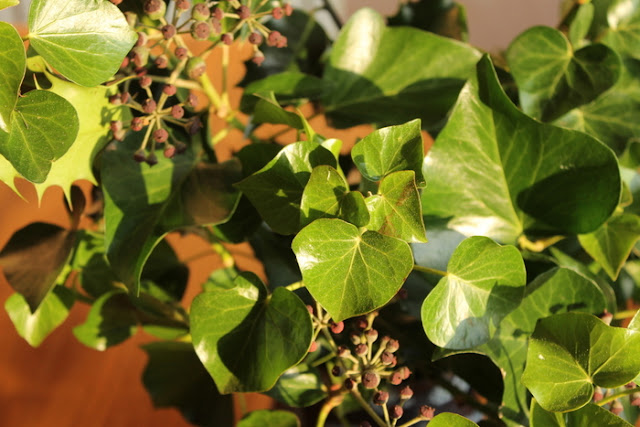 I dragged the urchins down to the allotment this morning in search of sprouts for the Christmas lunch. It had that feel of winter decay. Everything gently returning to the earth. The sprouts weren't brilliant this year, a bit on the small side. But they'll do nicely just the same. We picked a bunch of holly and ivy for the house as well while we were there.

I also dug up the ocas, which we were given back in early March at a local seed swap. They were quite small and it took a while to wash them off one by one. We had some tonight, steamed, and they were rather lovely. But quite a lot of work for a small harvest. There were plenty of tiny tubers, so maybe they would have been happier with a longer growing season. I'll have a think about whether to grow them again. If I do I think I will try them in a big potato bucket against the warm south facing wall of the house. That might help. One point in their favour - they were in great condition, unblemished and unnibbled.

We are settling nicely into the holidays now. Getting up early, shrieking at every opportunity, snacking ALL THE LIVE LONG DAY. It makes me wonder how they survive at school with literally hours between meals. Fortunately they're quite good at having fruit and vegetable snacks. Me, not so much.