Autumn in the garden and kitchen 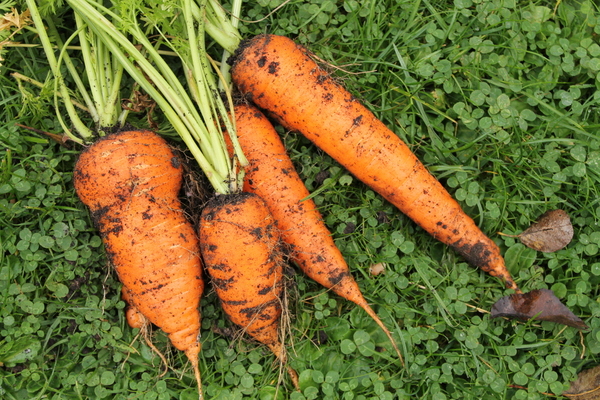 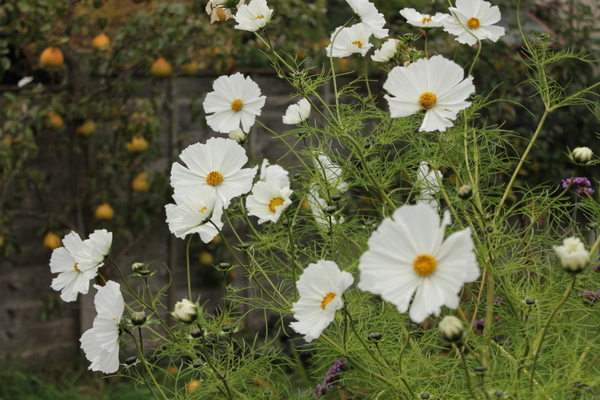 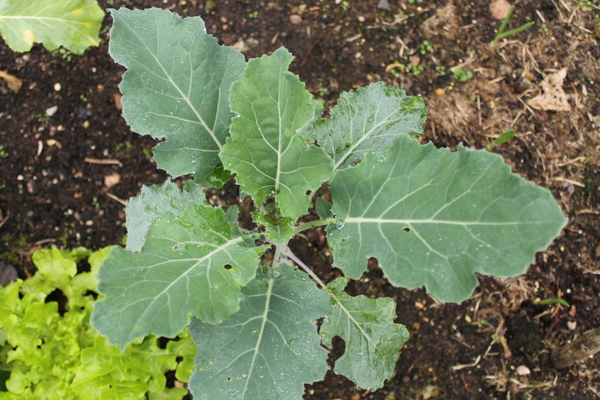 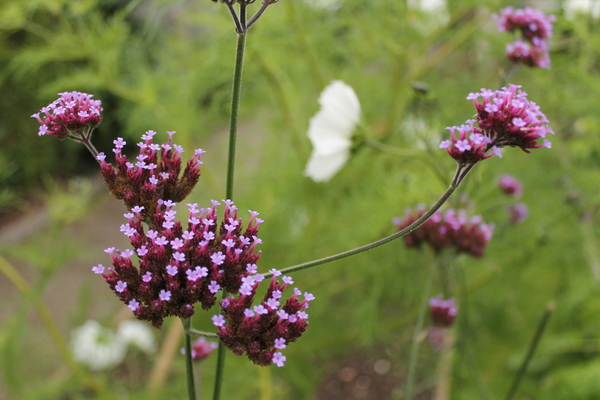 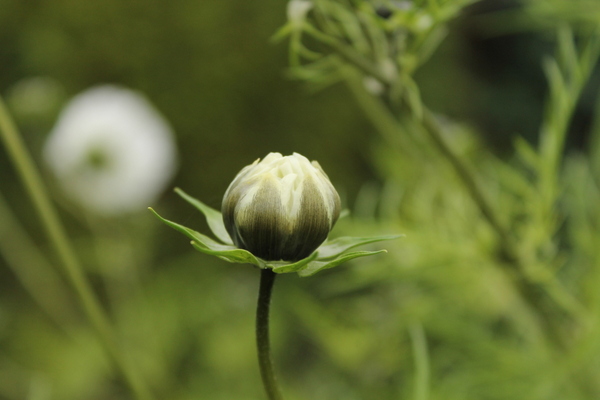 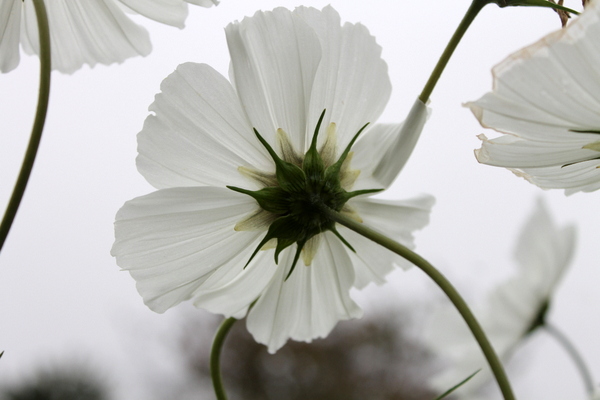 As the temperature drops the garden has slowed itself down. There are still salad leaves to be had, but their growth is nowhere near as speedy as it was a few weeks ago. The beurre hardy pears are clinging to the tree, but I've started picking them a few at a time to ripen on the sunny south-facing kitchen windowsill. They're utterly delicious, it's been a fantastic year for pears. I wonder if there will be any next year though, they seem to like a year off.

The onions and garlic that I planted three or four weeks ago is sprouting nicely. I'm not going to grow any at the allotment this year as there's been a big problem with rust. Hopefully I will avoid it at home.

The cavolo nero kale is doing nicely and will no doubt stand through the winter and grow away more quickly in spring. I've planted some early purple sprouting broccoli as well. The carrots did quite well and should last for a few weeks, although we do seem to get through mountains of them.

In the kitchen I took advantage of the plentiful pears and made a pear flan from a Linda McCartney recipe. Basic shortcrust pastry filled with a mixture of breadcrumbs, ground almonds, cinnamon and sugar then topped with pears and dotted with butter. It's pretty good, especially with cream. 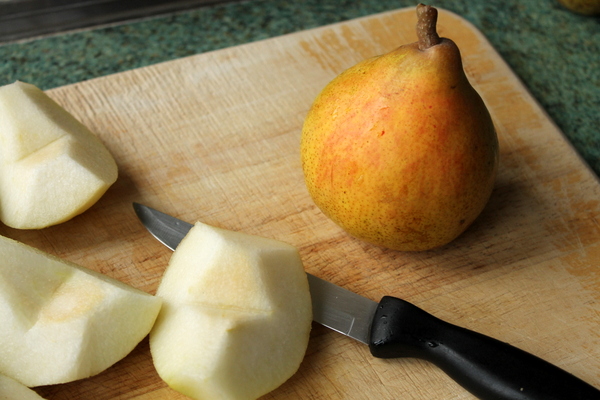 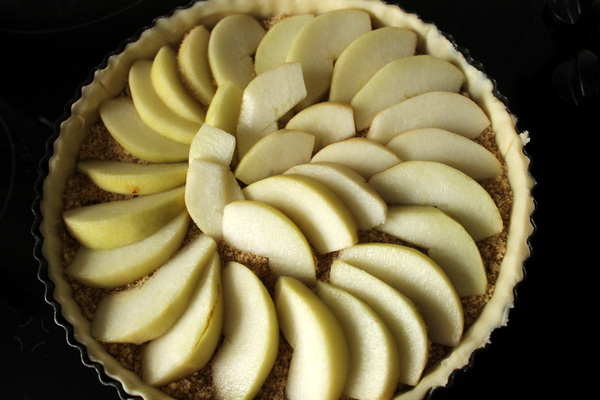 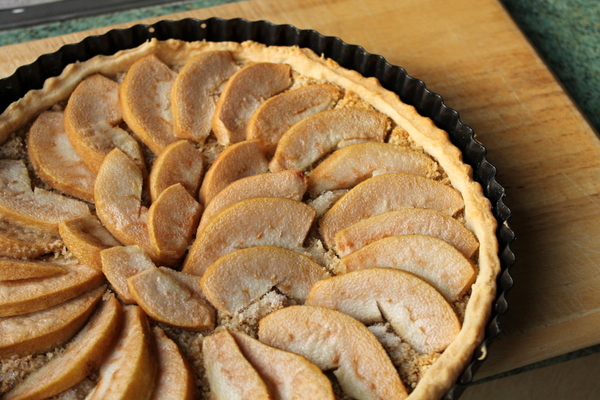 The biggest boy has been baking like mad over the past couple of days. Brandy snaps, tea cakes for toasting and pizza. I helped the littlest boy make easy chocolate macarons. I fear for our waistlines, but I can't complain, it's good that they want to learn. The biggest boy even did some washing up! Wonder if he's after something...
Posted by CJ at 21:24