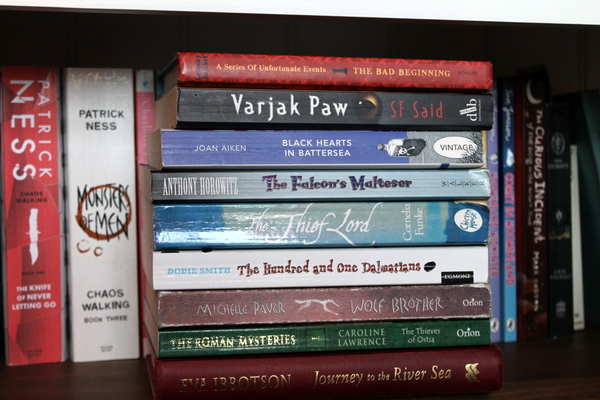 Back in February 2014 I read about a girl whose father had read to her for a stretch of firstly 1000 nights and then more. It seemed like exactly our thing. Reading, but with a bit of a purpose if you like, something to count, something to aim for. Boys seem to like all that. And so off we set.

And on Saturday we reached the grand total of 1000 nights of reading. I read to the two youngest boys, and we've worked our way through many books. I'm not quite sure how many, perhaps around 50 or so.

Favourites authors include Gill Lewis - Sky Hawk, Moon Bear and White Dolphin, Philip Pullman, Cornelia Funke, Eva Ibbotson and Michelle Paver. Occasionally we'll give up on something, but not very often. Sometimes the boys complain that they won't like a book before I've even read a sentence. Usually they're wrong. I pick the books quite carefully. Good writers, different types of book. They get to explore books that they wouldn't necessarily pick up from the shelf themselves. Hopefully it will encourage them to read more widely as time goes on. 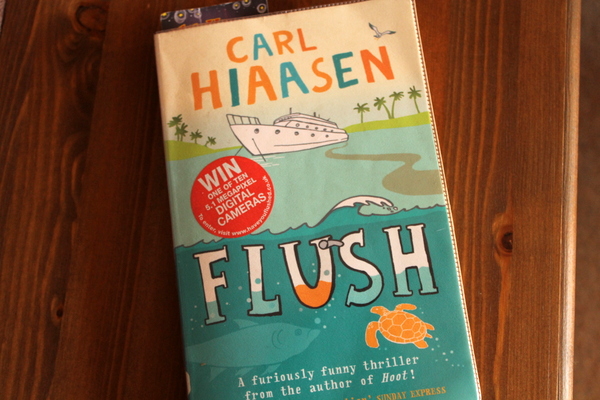 So we made it to 1000 nights, and we're pressing on regardless. The current read is Carl Hiaasen's Flush. A bit different to everything we've read before. The environmental plot appealed to me, and the main character is a boy who loves fishing which appeals to the middle boy.

It's always a great treat to pick the book we're going to read next. Most of the books I haven't read myself so I get to enjoy them too. Reading aloud is never a chore, although sometimes it's late and sometimes we're tired. Sometimes it's only a couple of pages, sometimes it's a few chapters. Sometimes I do accents for different characters. I love that. Welsh is my best one. The boys usually want me to read longer. Hopefully not just because they're avoiding bedtime.

We can highly recommend a reading streak. I'm hoping we make it to 2000 nights, there are so many fantastic books out there waiting to be read.
Posted by CJ at 21:39