The year the weeds won 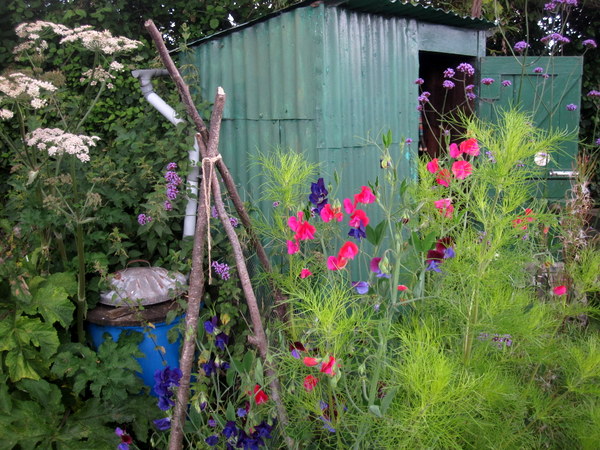 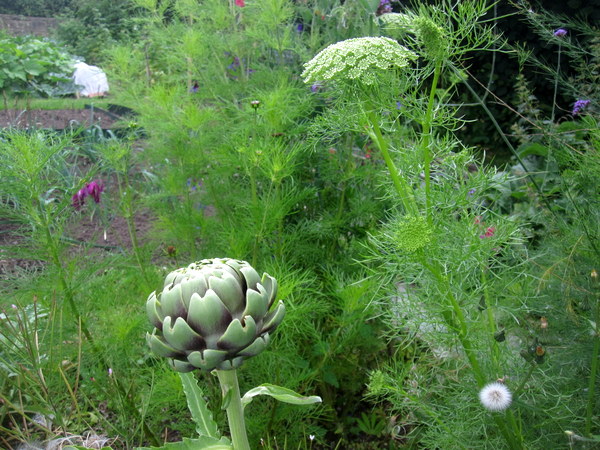 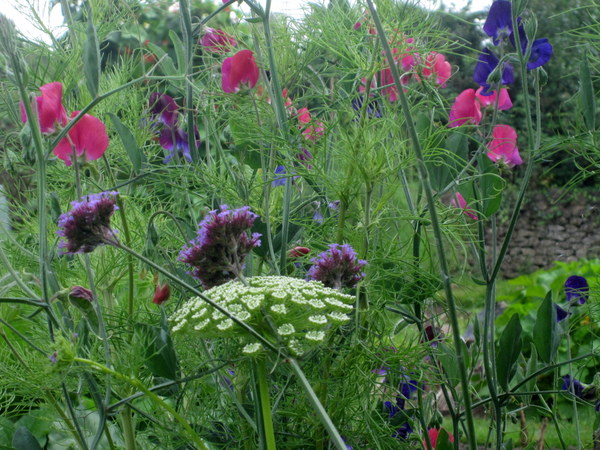 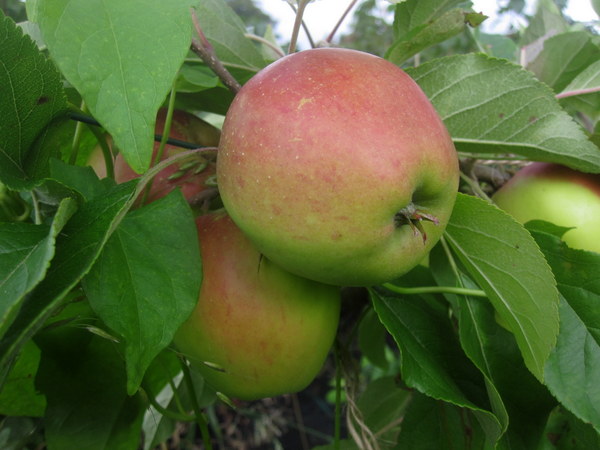 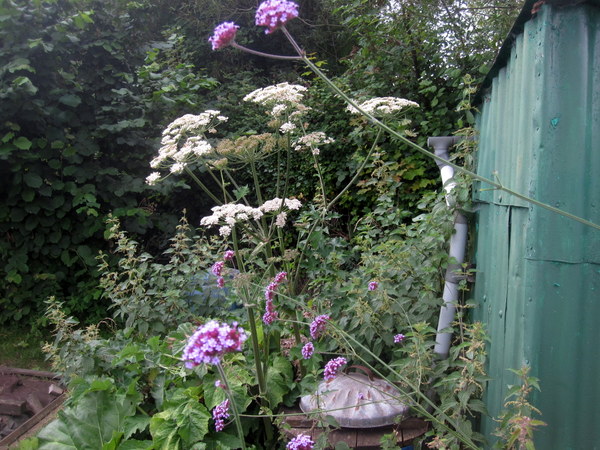 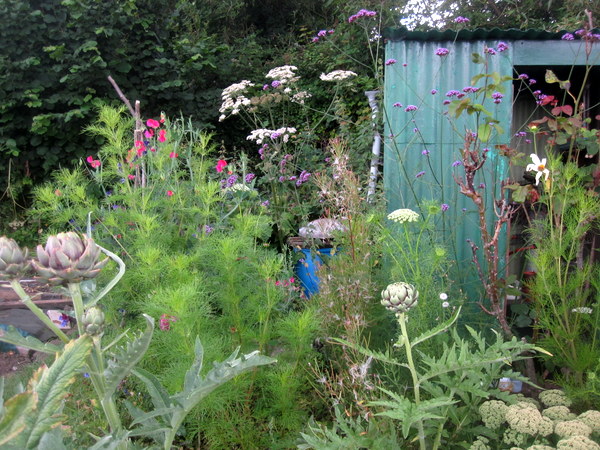 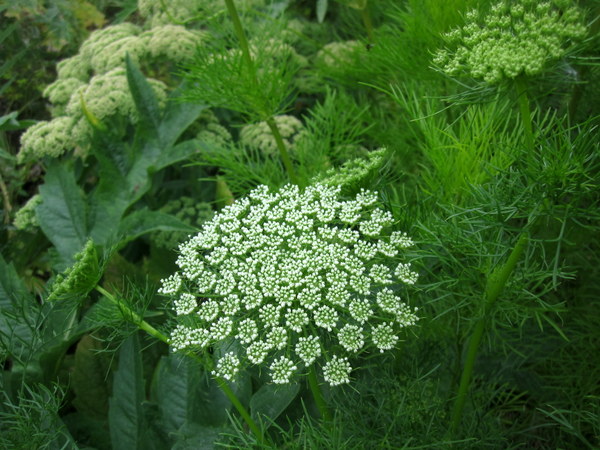 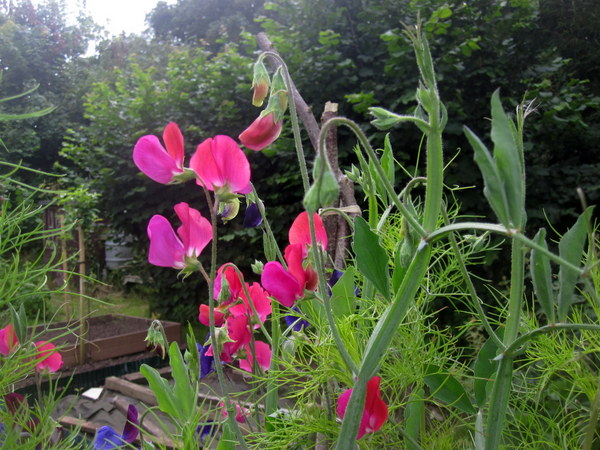 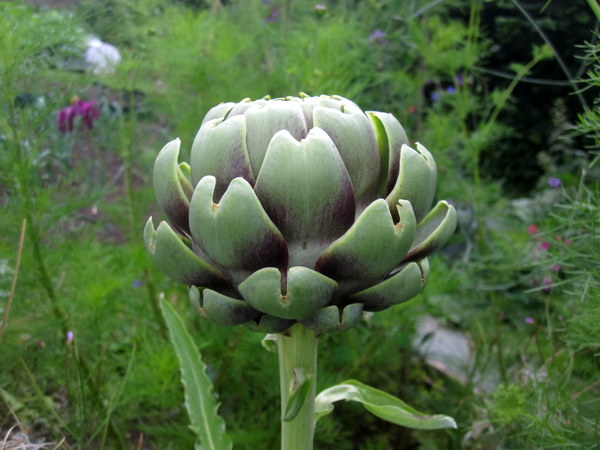 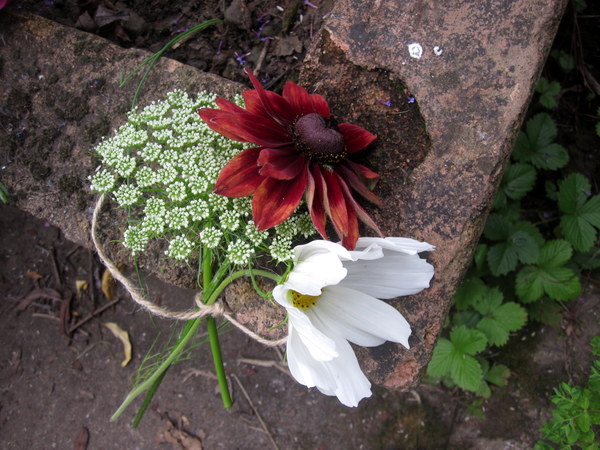 Down at the slightly neglected allotment there is still prettiness to be found. In amongst the weeds. I haven't given it enough love this year and of course it shows. It's not the end of the world though. I'm doing a very good job of not getting stressed about it.

The perennial weeds like horsetail and bindweed are having a field day, but the time will come when I'll have a good dig around and get some of the roots out. Not all of them, it will be an ongoing battle, but I'll give it my best shot.

Despite the chaos there are still things to be picked. Blackcurrants, Japanese wineberries, runner beans, radishes, artichokes, cucumbers, courgettes, sweet peas, achochas, beetroots. The three plums mysteriously disappeared. The littlest boy and I checked the local cherry plum trees yesterday and they seem to have very few fruit as well. Maybe it's not a plum year in this part of the world.

In the garden the tomatoes and salad leaves are doing nicely. And it's definitely a pear year. Last year there were none; this year masses. It's also a frog year. Last year not so much. Some things seem to need a year off.

How is the summer treating you so far? Enough time for all of the things you want to do? I took the boys on a picnic today. The middle boy is still on a quest to catch a fish. It's not as easy as you might imagine. Where are they all? Tomorrow I'm staying close to home and catching up on a mountain of chores. I do like a day at home, but no doubt it will all get a bit feral after a few hours. Maybe then the park.
Posted by CJ at 21:42