Mind how you go with those wings 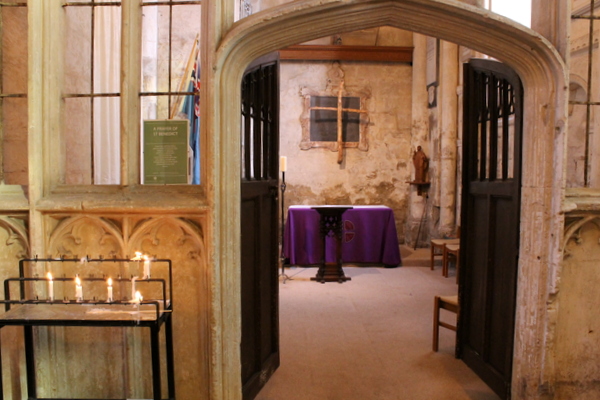 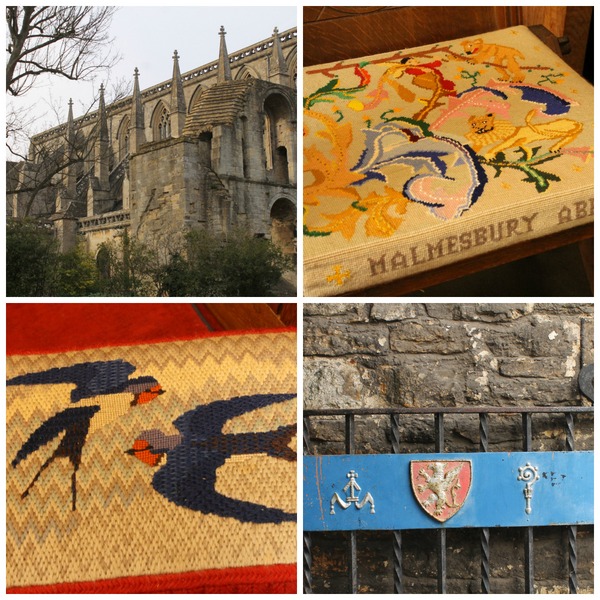 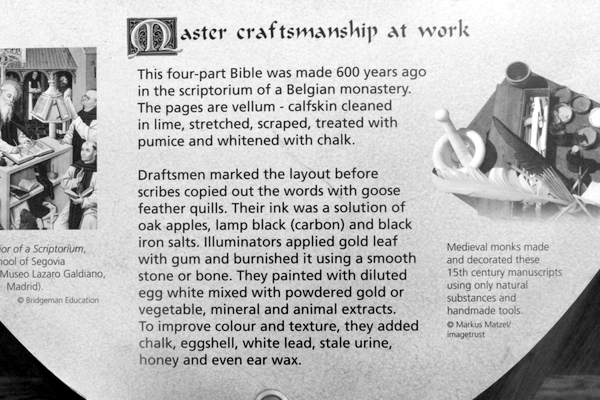 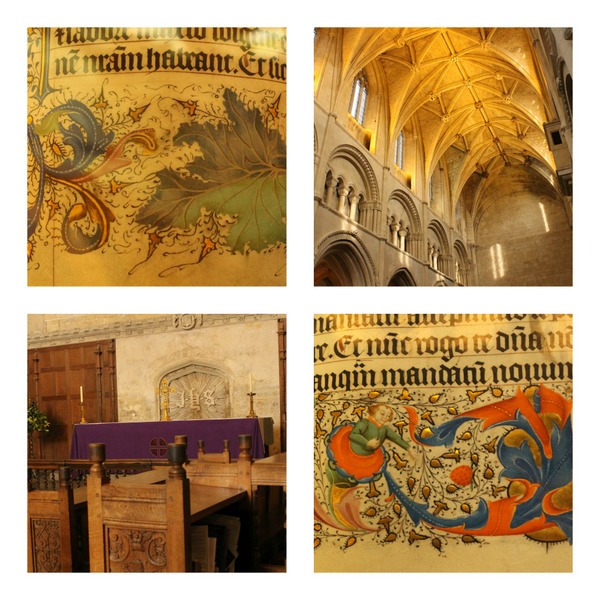 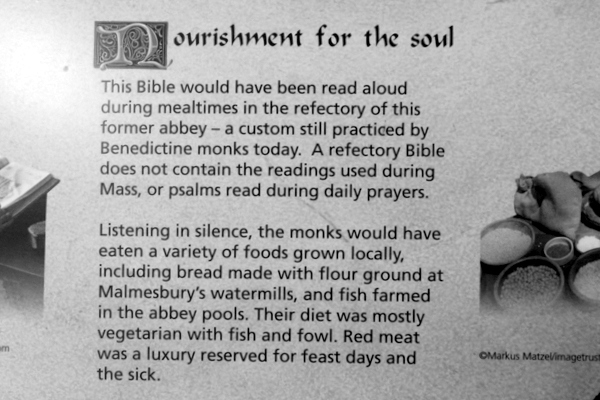 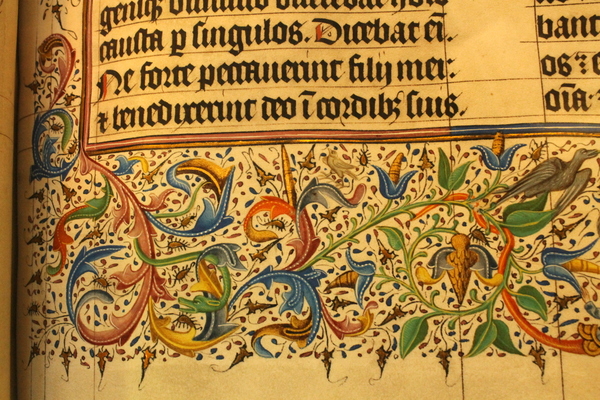 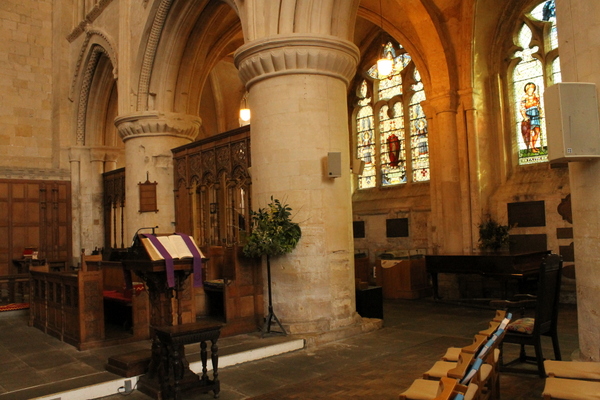 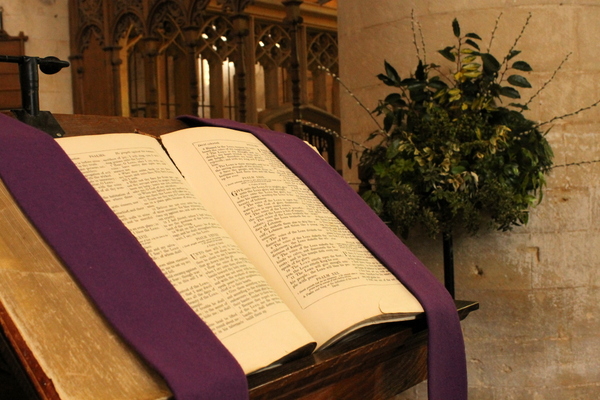 In our wanderings today we ended up at Malmesbury Abbey. Begun in the 7th century, it was substantially completed by 1180. It used to have a huge spire, some 430ft, but in 1500 the spire and the tower it was built on collapsed, destroying a large part of the Abbey at the same time.

There is still a beautiful building there though, and somewhere on the site King Aethelstan is buried. He was an Anglo Saxon king and considered by many to be the first King of England. He died in 939. The tomb pictured above is symbolic and empty, a 16th century addition, although his body is in the vicinity.

I loved the illuminated bible pictured. 600 years old, made by Belgian monks. I've been imagining them poring over the letters, practising their calligraphy, mixing their inks and the colours for the illustrations. The gold is particularly gorgeous.

In the 11th century one of the monks at the Abbey, Eilmer of Malmesbury, had a go at flying. He strapped on a pair of wings and jumped off the tower. He got over 200 yards before he landed, breaking both of his legs. What is it with boys?

Outside the weather was glorious, and I think it's set fair for a while. I'm wishing you a good weekend with a little happy adventuring. I'll be watching football tomorrow. You?
Posted by CJ at 22:01