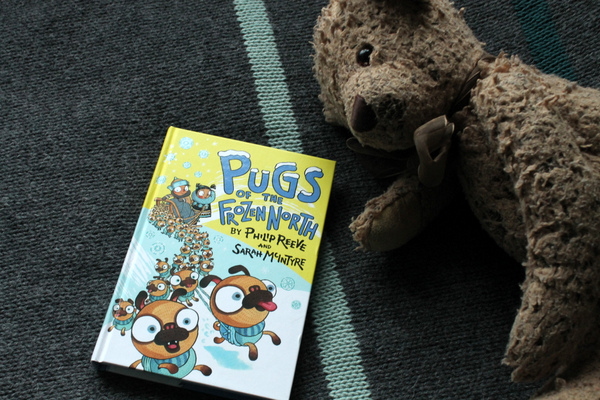 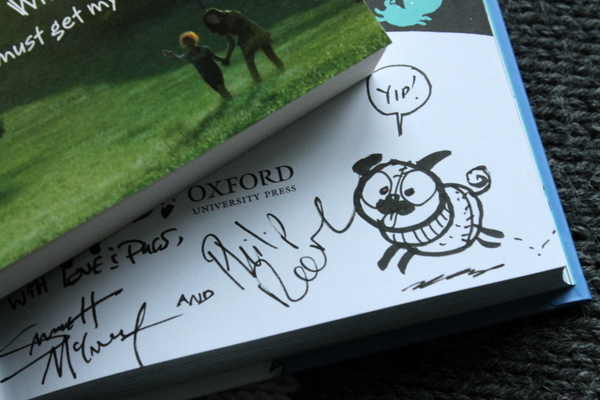 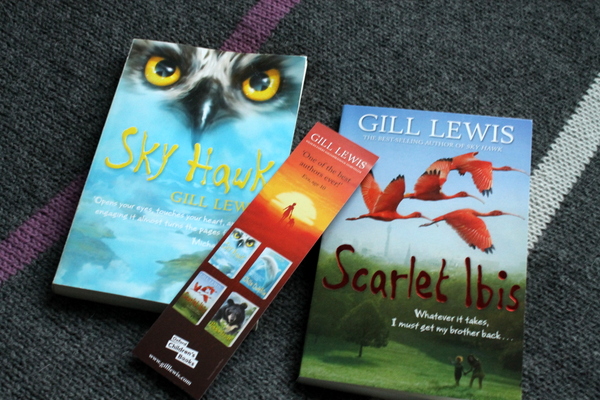 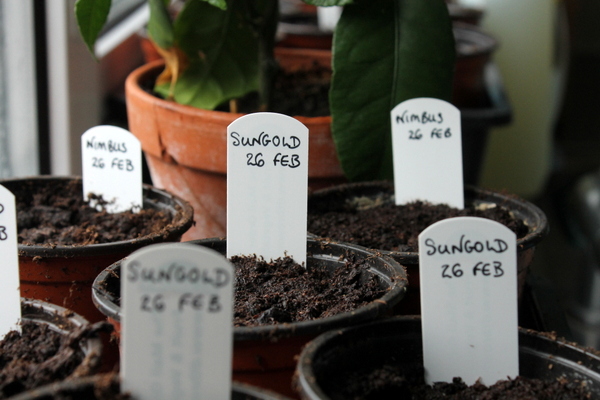 Not much in the way of photos today. We had very long Sunday of watching football in the freezing cold. I lost count of how many goals sailed past into the back of the nets. Suffice to say both teams were soundly thrashed. We were all exhausted by the end of it.

Earlier this week some Famous Writers visited a local school and the biggest two got to go and see them. I angled very hard for an invite but alas none was forthcoming. I threatened to just turn up. That was frowned upon. I said I might just hang around in the car park and look out for them. Apparently that was not okay either. I said that if it was the Beatles everyone would be doing it. I then tried to make it relevant by translating it to Justin Bieber. If Justin Bieber was coming everyone would be hanging about in the car park. I lost my audience at this point.

So I stayed away, and they met the writers, including Gill Lewis who is a huge favourite of mine and Sarah McIntyre and Philip Reeve who signed a copy of Pugs from the Frozen North for the littlest boy who is so very in love with pugs. I'm not sure that he will pick the most suitable of dogs when the time comes. He's also obsessed with brabacons which are bizarre little creatures and nowhere near robust enough to live in our house. I digress. Sarah McIntyre even drew him his own special little pug in the front of the book. His big brother, who presented him with the book, is now in such good books, no pun intended. Long may it last.

It's not long until World Book Day now. For once I believe we may actually be organised, although we will be bending the rules a little. I'm trying to persuade the middle boy into his urchin costume, which has also doubled as an evacuee and a Victorian. He can then be Simon from Black Hearts in Battersea. And the littlest boy, who received camouflaged everything for Christmas, will be going as Ray Mears. Rule bending, see. If anyone is going to bend the rules he'll be the one to do it.

On the windowsill the tomato seeds are sitting quietly in some moist compost and thinking about growing. Before too long lots more seeds of every type will join them. March is a good month for gardeners. Out with the seed box and the potting compost, the new season starts here.
Posted by CJ at 21:36