Once more unto the breach

We went on a bit of a magical mystery tour this afternoon.  Showers were forecast, but we needed to get out, so we set off with no destination in mind.  We saw a bridge and went over it to Wales.  Then  we headed up the beautiful Wye valley. 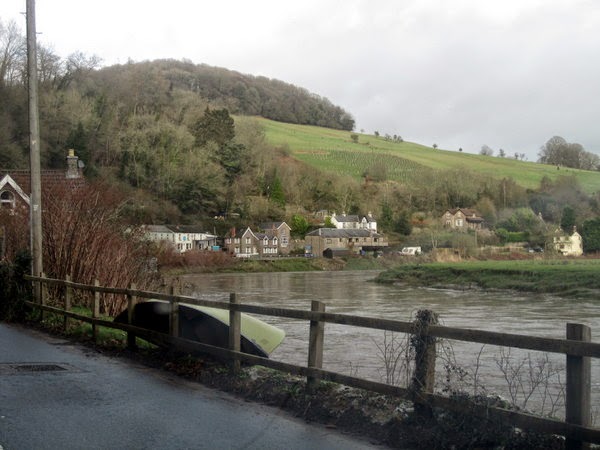 A glimpse of Tintern Abbey, a Cistercian monastery, built between 1131 and 1536. 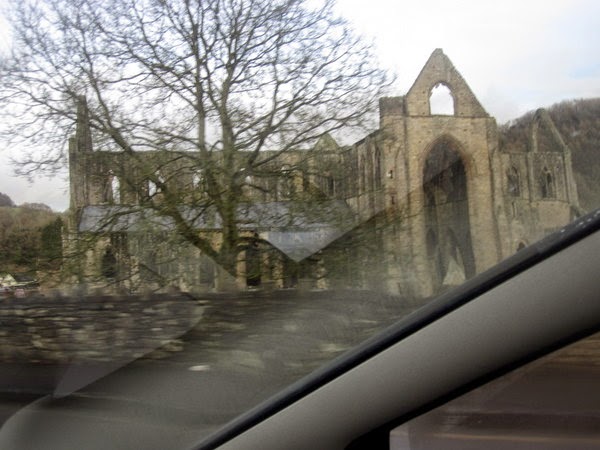 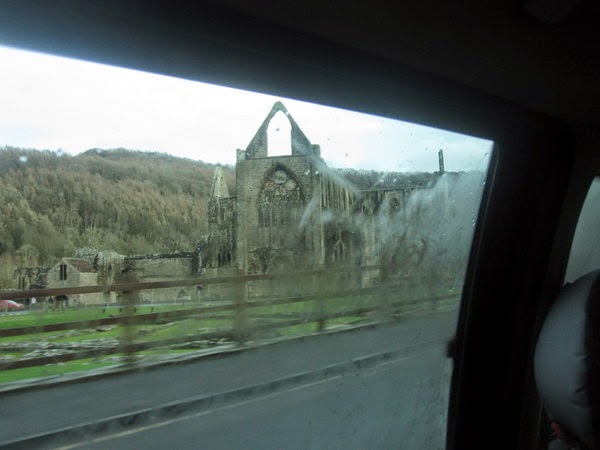 And we found ourselves in Monmouth, a small town with a big history. 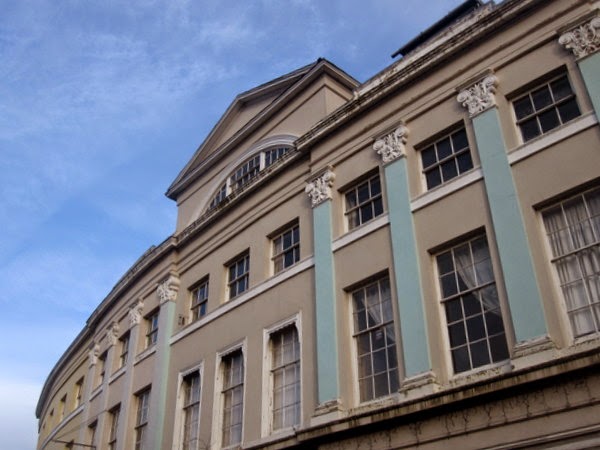 If you head round the back of Iceland (for those of you not familiar with Iceland, it's a frozen food shop, not the country - the kind of place you go if you want a party pack of eighty sausage rolls and a bag of turkey dinosaurs), you find a castle. 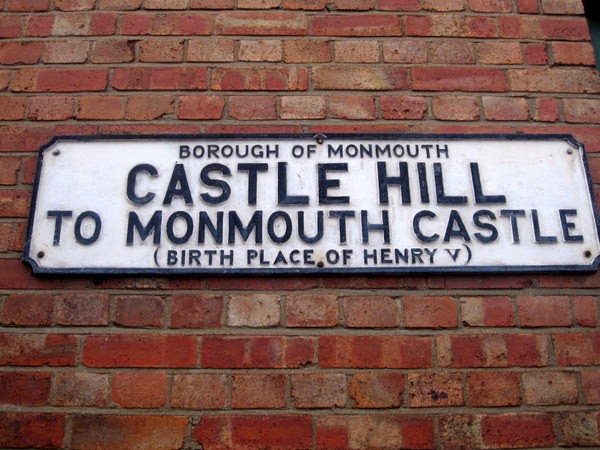 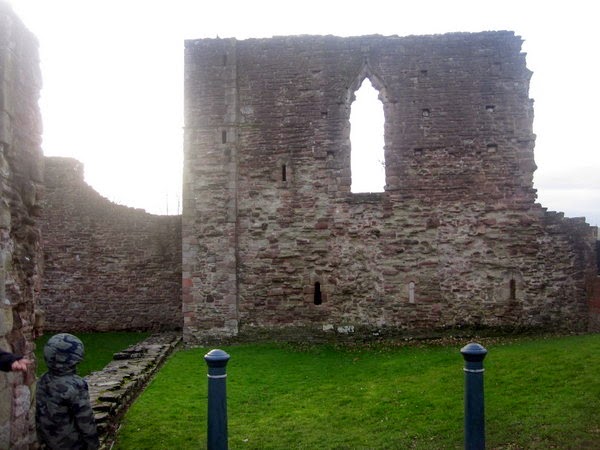 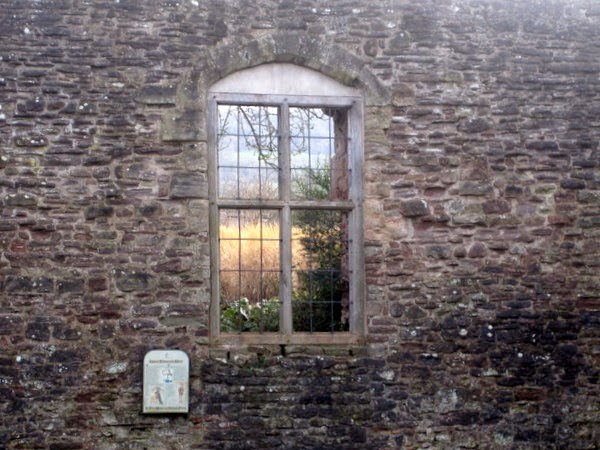 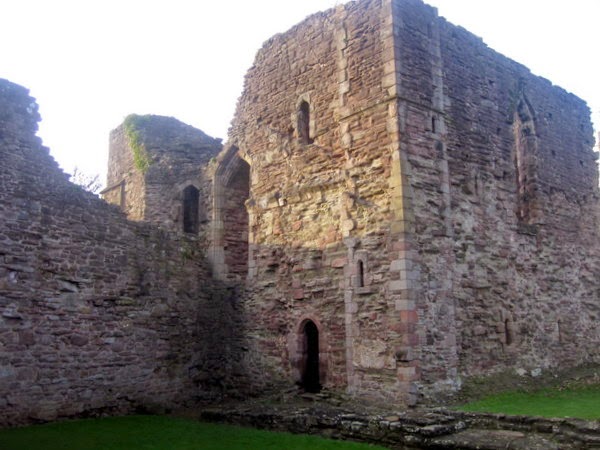 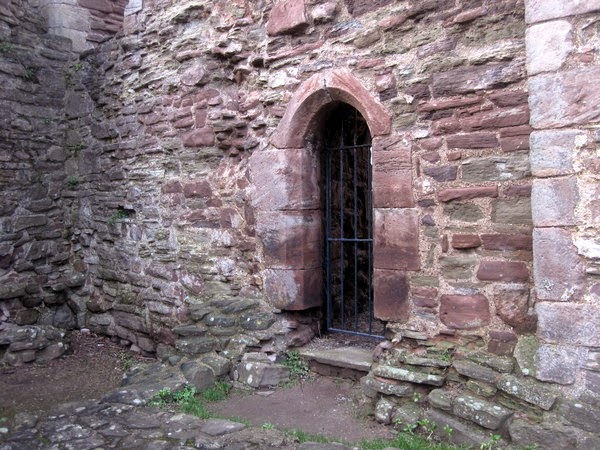 The tower above is thought to be the birthplace of Henry V in 1386.  Not bad for round the back of Iceland, eh?

We made valiant attempts to impart a little history lesson to the children.  Five years of fighting the troublesome Welsh rebels, defeating the French at Agincourt, blah, blah, blah.  They'd spotted a canon and a couple of tanks outside the nearby army reserve, the Royal Monmouth Royal Engineers though, and took in absolutely none of it. 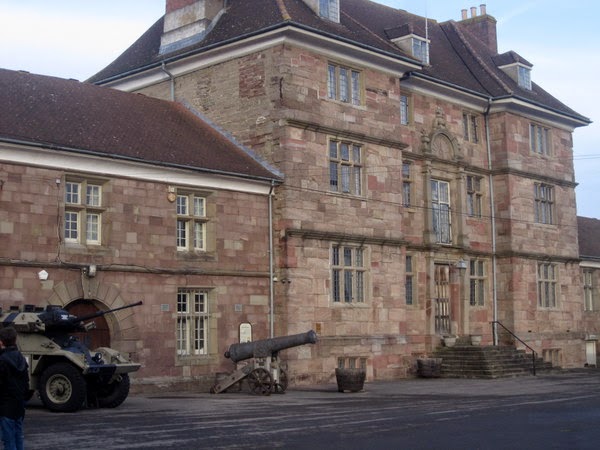 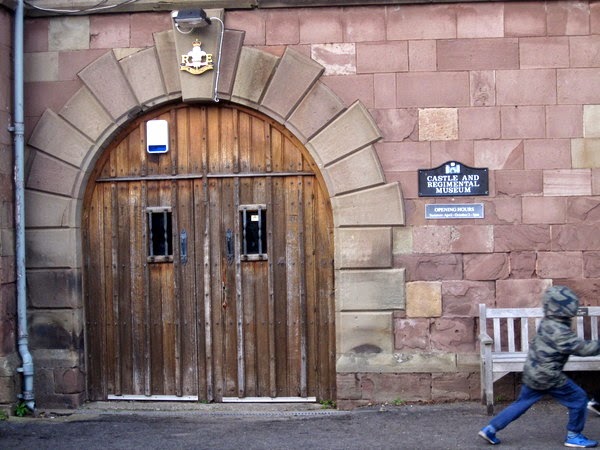 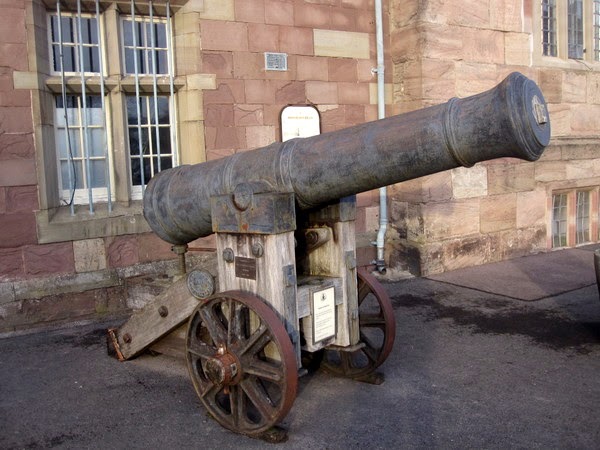 A little something for you lovers of colour, a blue house.  Very blue. 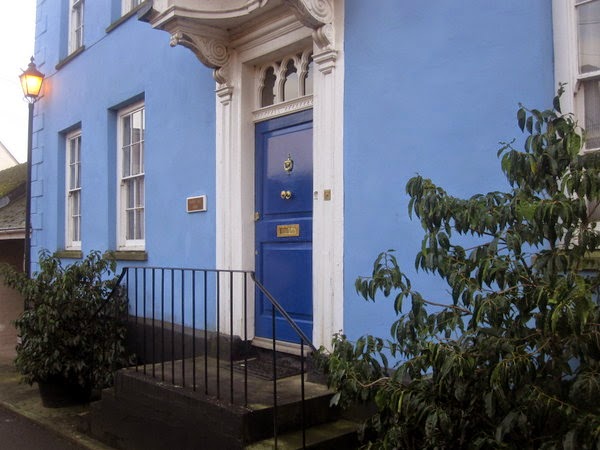 Monmouth has a lovely little free museum, where we spent a while wandering around their Nelson collection.  We gave up on imparting knowledge and just let them explore the children's bit.  The littlest boy was happy with the dressing up things, oh how he loves to dress up.  He found a selection of excellent hats and wandered round whipping them on and off and bowing.

I took photos of an amazing embroidery of a Monmouth street.  Some 900 hours of work went into it. 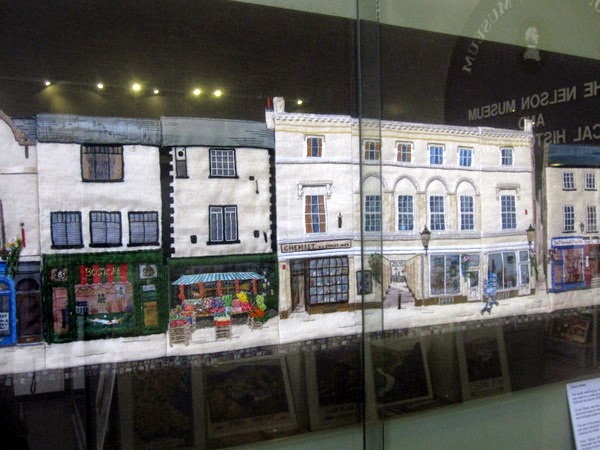 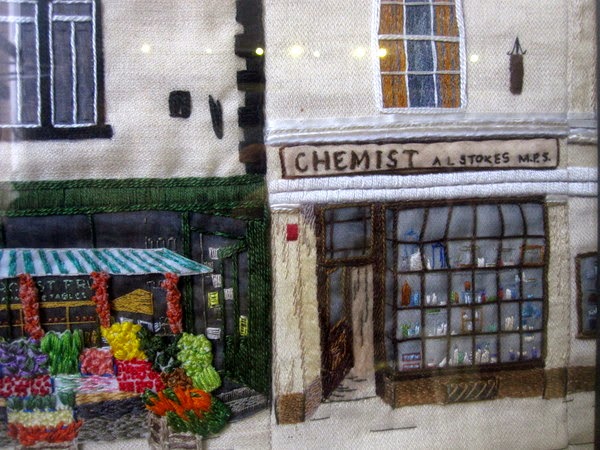 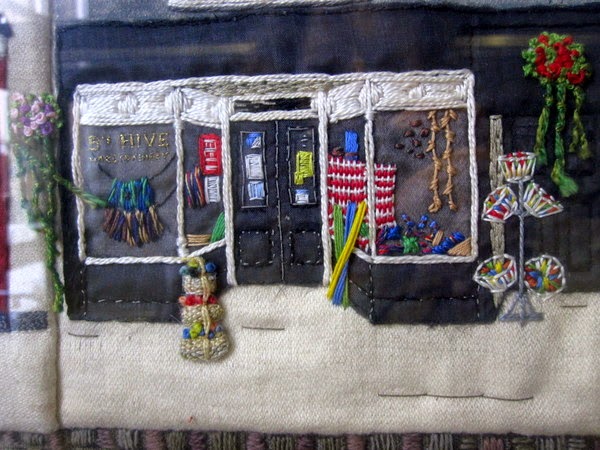 On the way out, someone had put together this table of seasonal greenery.  It makes me think I should go for a wander and see what I can gather.  Although at a glance it all looks quite drab in the countryside at the moment there is always something pretty to be found. 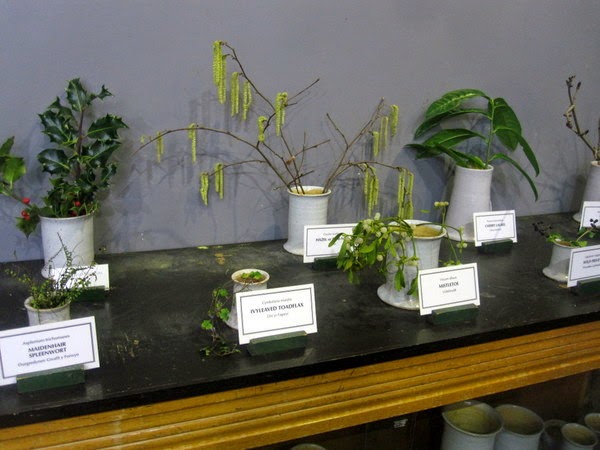 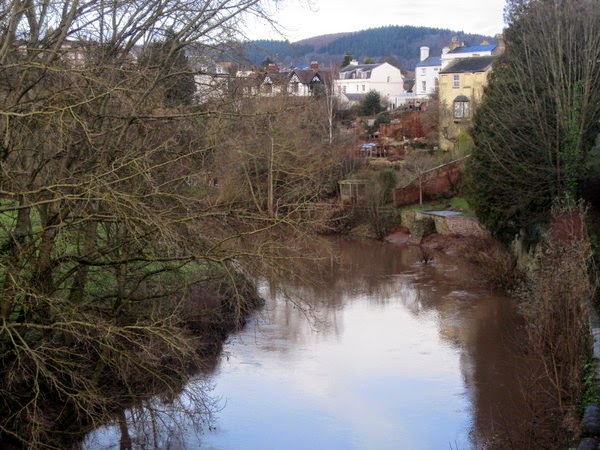 It was nice to visit somewhere we don't often go.  I'm sure we'll return again in the summer, with a picnic, and spend some time wandering along the banks of the two rivers here, the Monnow and the Wye.

I'm down to just one lot of football tomorrow now, what with all the rain and soggy grass and mud.  The happy band of brothers will have to be exercised in some other way, which will no doubt still involve mud, but hopefully not too much in the way of blood.  Wishing you all a very good Sunday.
Posted by CJ at 22:11