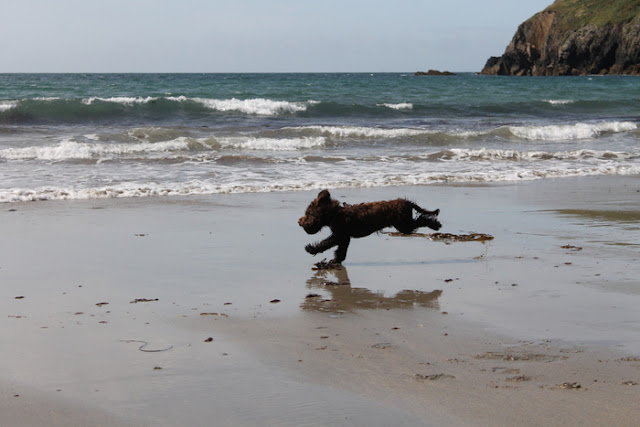 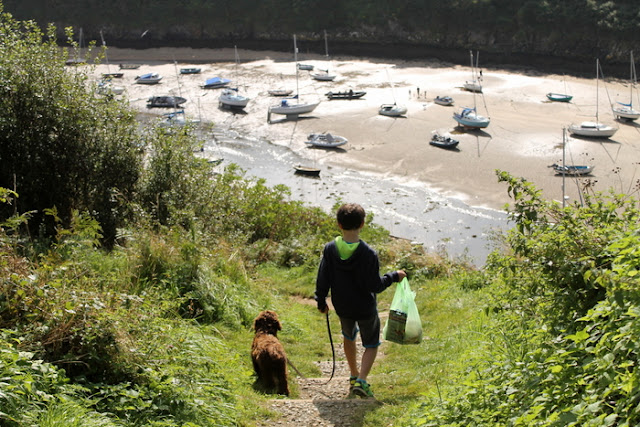 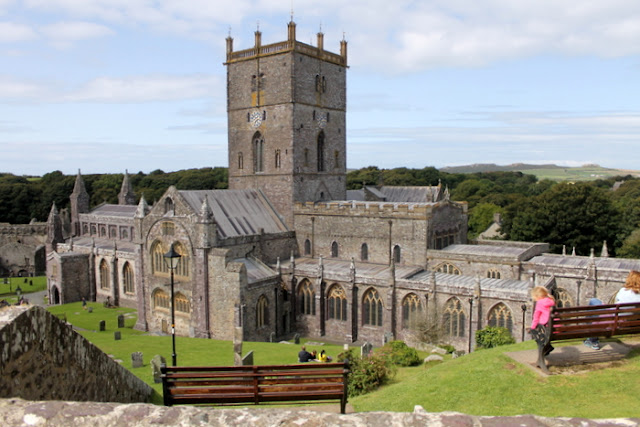 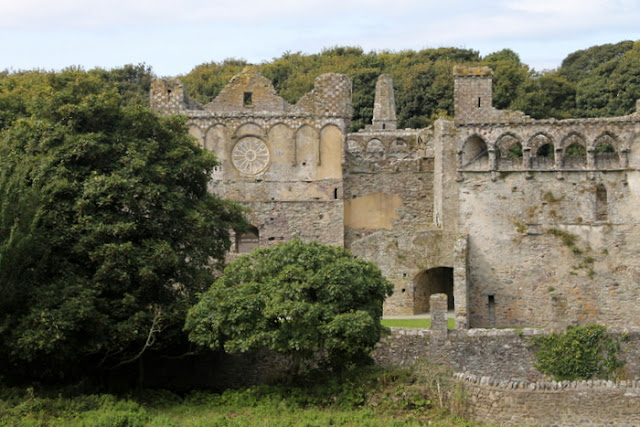 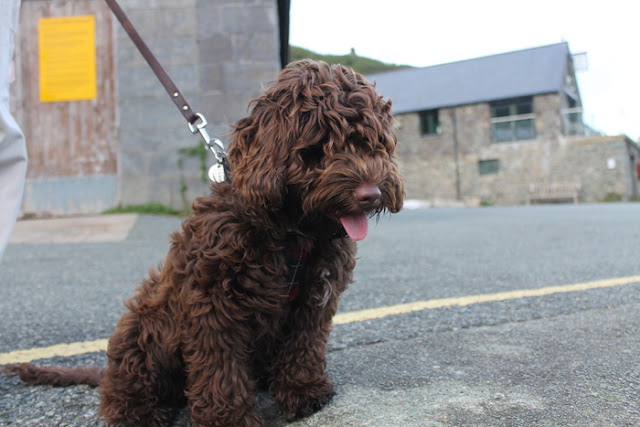 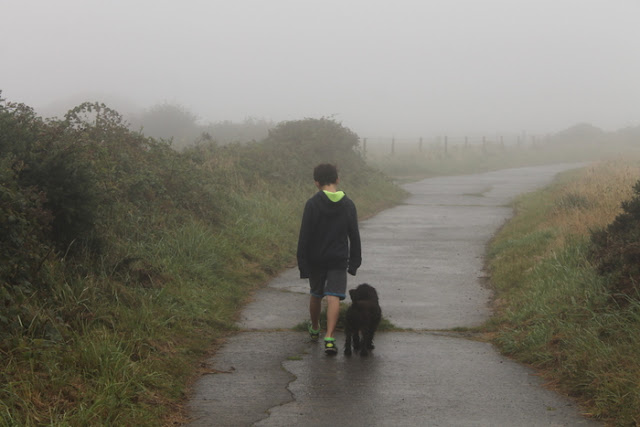 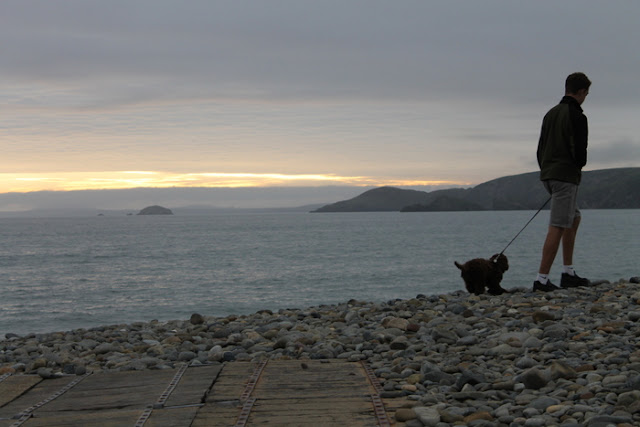 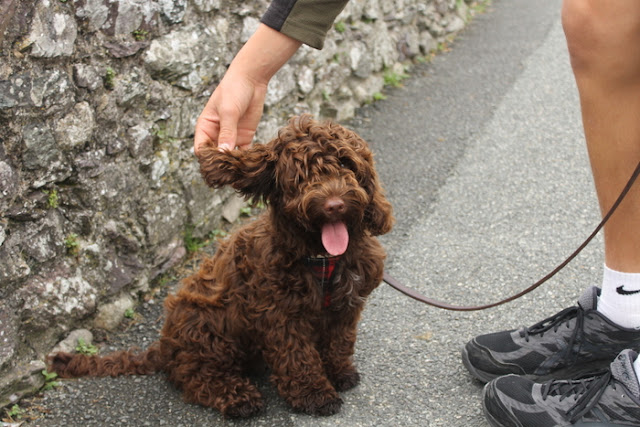 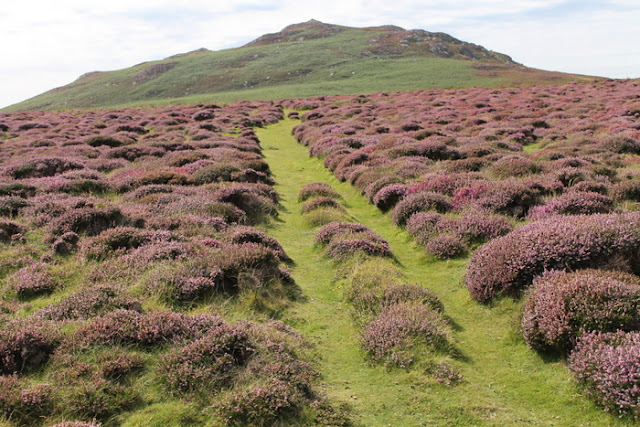 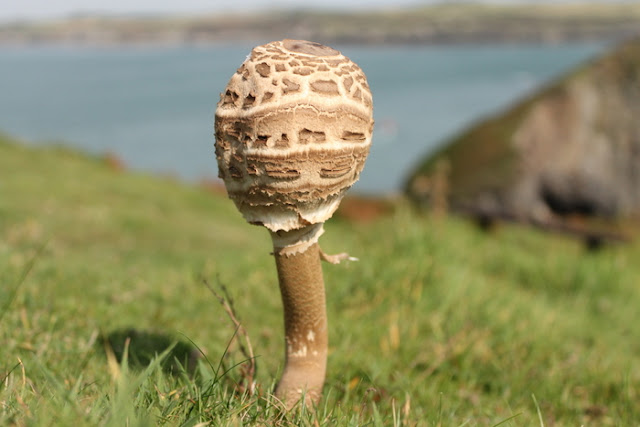 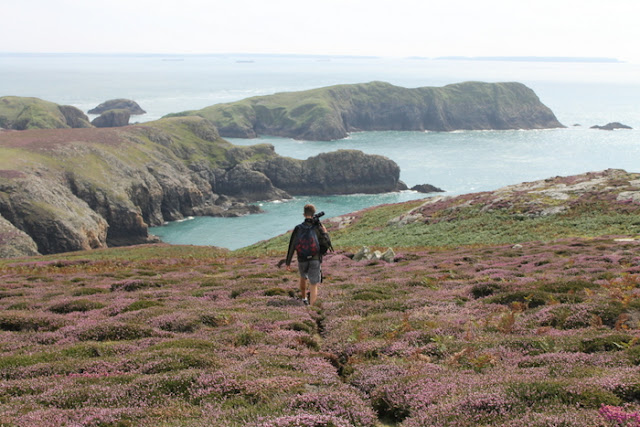 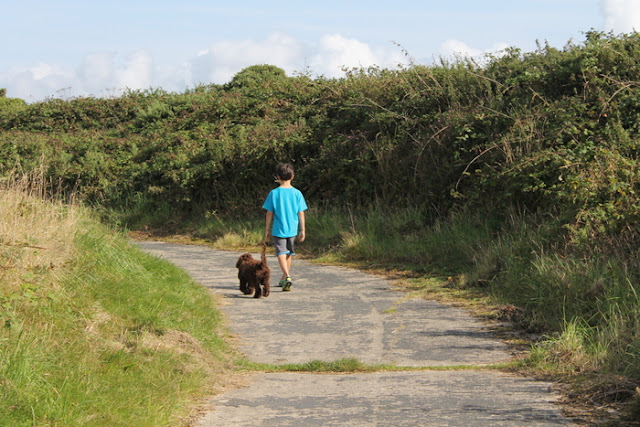 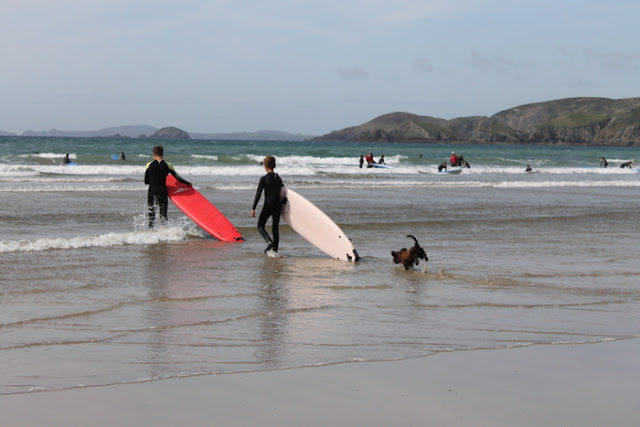 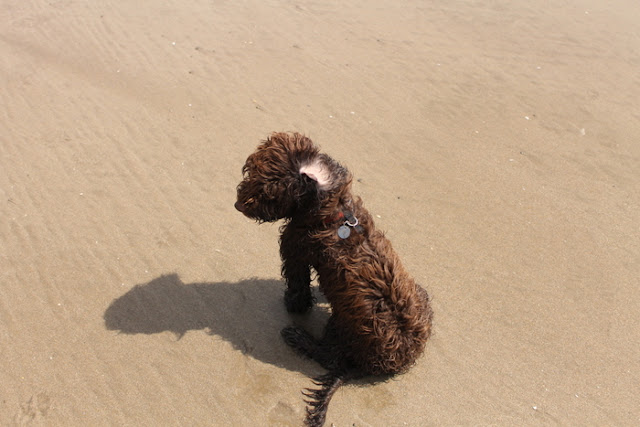 We took the puppy and headed to West Wales for a bit. Oh how he loved it. Galloping across beaches, trying to decide whether or not he liked the sea, enjoying the feel of the wind in his tail and being with his pack all day every day. They were good times for a small dog. The boys discovered surfing which they absolutely loved.

We whizzed round entertaining them with this and that. Lovely, but I would have liked to sit around in the cottage we rented for a while. There was a table by the window in the kitchen that looked right out over a little river. Opposite there was a vegetable garden. I should have liked to sit there and write for a bit. Sometimes there's a different energy when you sit in a different chair. 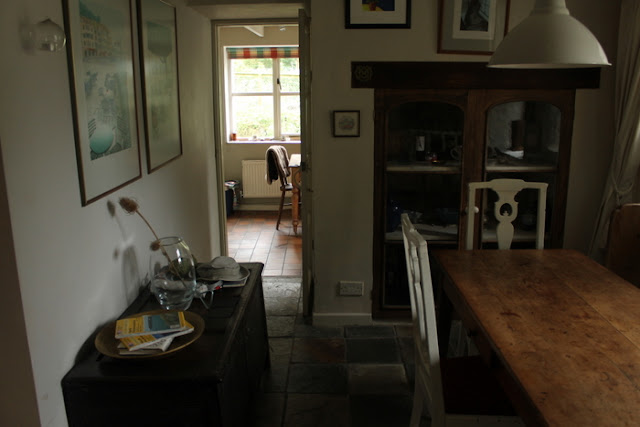 I can see the attraction of a writing retreat. Although I would miss the children and the puppy. But imagine how many hours, how much I would get done. It's all pie in the sky of course, just something that floated across my mind. Really, I'm very happy zipping about in boats and climbing hills and watching surfing and trying to keep a grip of Bertie.

His scruffy, fluffy hair is growing like mad and his eyes are disappearing. He needs a trim, but it turns out that dog groomers are very sought after round here. I was tempted to try a quick snip myself this afternoon while he was dozing but I decided that he'd probably end up with just one done and look ridiculous. I'm adding it to the giant list of Things To Do Next Week, which officially doesn't start until Tuesday.

We got to grips with the garden today. Everyone pitched in, except the littlest boy who laid on the sofa and read a book. I pointed out that we might be getting more done because of it - no arguments over the cushiest jobs, no fights breaking out over trowels or the good secateurs. Anyway, I'm happy that some sort of order is being imposed. It was fairly horrible after a week away. I managed to stop the biggest boy pulling out the basil. 'Is this a weed?' with hand poised above it. He decided it smelled of pizza, which made me think I might make one tomorrow. I have homegrown onions, garlic, tomatoes and basil. All I need now is a cow.

Unusually for an August bank holiday the weather is set fair. I'd quite like to be back by the sea, but I shall make the most of it all anyway. If it's a day off for you too, enjoy. CJ xx
Posted by CJ at 21:52