A visit to the river 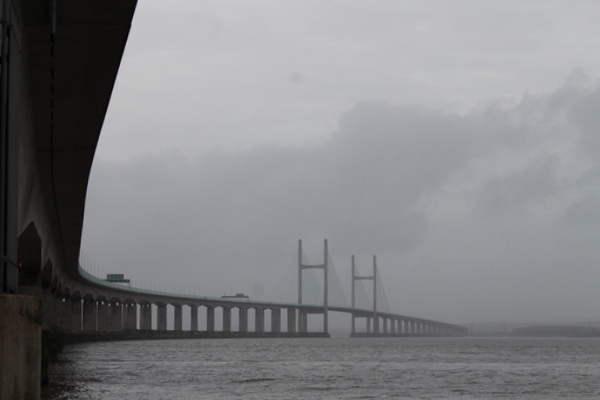 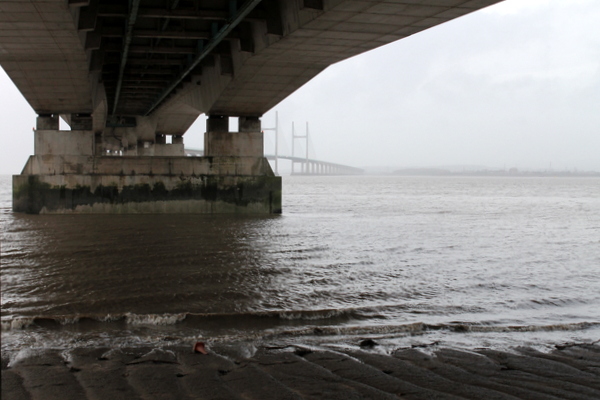 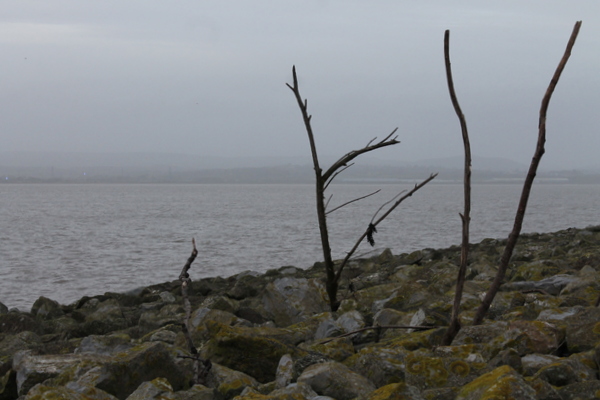 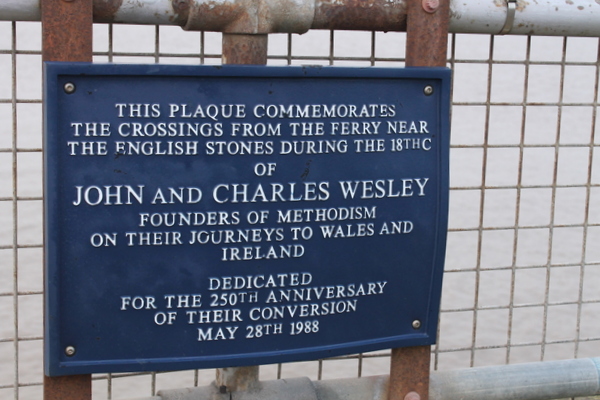 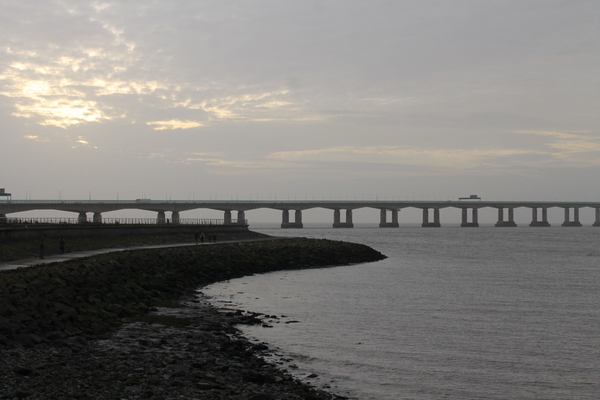 I do so love winter. The cold, the grey, the biting wind tangling my hair. I know I can say this with ease because I have a warm comfortable home to come back to afterwards, and I am not forgetting those who don't and those for whom winter has brought misery.

But in the midst of all the lights and frantic activity and mass consumerism, I love to get far away from it all and fix my eyes on the horizon and breath deeply. Grey is such a soothing colour I think. An antidote to the clash of Christmas colours. Down by the river on Sunday there was grey aplenty.

I've written before about this immense river of ours. Under the bridge, the Second Severn Crossing, it becomes the Severn Estuary. We stood underneath for a while. The noise of the motorway above is strangely absent when you're directly below the road.

This is the end of 220 miles of river. It starts in the Cambrian Mountains in the middle of Wales, some 2000 feet higher than here. The way the estuary is shaped causes a funnelling of sea water up the river, which has the second highest tidal range in the world. On a high tide, the water rises almost 50 feet. The currents are swirling, lethal, and below the water are sandbanks and mudflats ready to trap the many ships that pass this way. The nearby docks send pilots out to bring ships in, it's a requirement that their experienced pilots are used in these dangerous waters. I wouldn't like to be out there now, and I certainly wouldn't have liked to be out there in the 1700s.

It's a quicker route to Wales though, so for a long time people have been braving the currents. The other bridge is further upstream, nearer to where we live. A big suspension bridge, but too far into the gloom to show up well in a photo. I've probably mentioned it before, but when I'm crossing the river on one of these bridges I tend to sink my nails into my palms ever so slightly. I like to see the river, but preferably from the bank.

Out on the water there were birds bobbing around. Maybe 300 wigeon. It's a great place for birds, they love the mud flats that are exposed at low tide. There were fishermen as well. Given the middle boy's sudden love of all things fishy we went and had a chat, and watched hooks being baited and cast into the murky water. The currents swirl up mud and sediment into the water, making it the colour of hot chocolate.

It can feel more than a little godforsaken down by the river, but I love it, wherever we are along its banks. It scares me more than a little, which is good, this much power needs respect. But I love the power of it too, how it has always been there, how people have tried to cross it, live by it, earn their living from it. This far downstream it isn't always pretty, but it is always magnificent.
Posted by CJ at 21:45