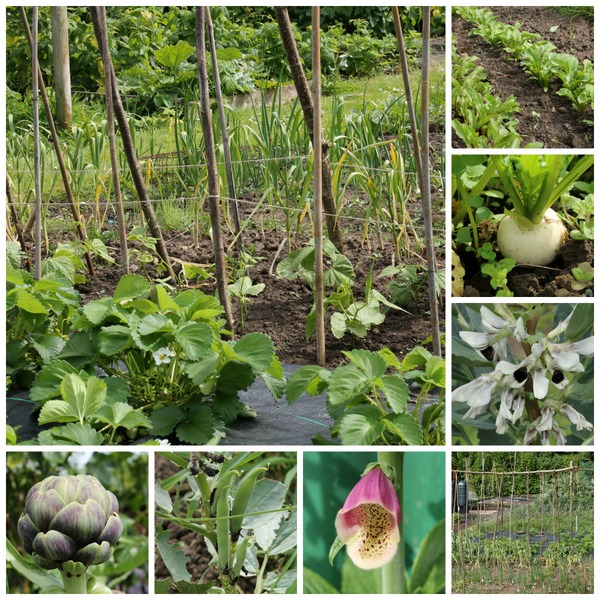 It's been cold on and off this month, so I haven't hurried to plant more things out, after some of the early plants suffered.  But I did put in some beans - borlotti and French - and some sweet peas and sunflowers.  I also sowed another row of radishes, we can never have too many radishes.

The weeds have taken off.  Last month the plot was under control, now weeds are trying their best to encroach into every bed.  The asparagus has been particularly badly hit.  It's hard to dig the weeds out without damaging the asparagus crowns.

The turnips are doing nicely though, and we've had a huge bowl of artichoke hearts, as well as a bunch of asparagus two or three times a week.  Pods are forming on the broad beans and the onions are swelling.

There are two rows of beetroot growing well, one golden and one purple.  I thinned them out and weeded them, and then watered them so that any disturbed roots didn't dry out.  They don't seem to mind the chilly winds we've been having.  The squashes and courgettes are rallying slightly after a dismal start.

Alongside the shed, seemingly growing out of concrete, there's a lovely foxglove.  Amazing how plants grow isn't it. 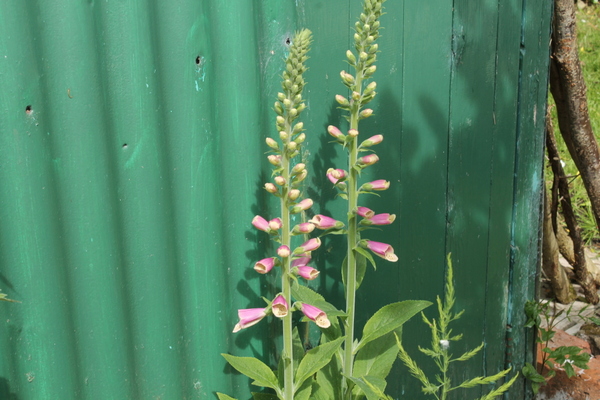 Less good is the garlic.  I'm not sure what's wrong with it, but it's looking very yellow.  I did see a little rust on one of the plants, so maybe that's the problem. 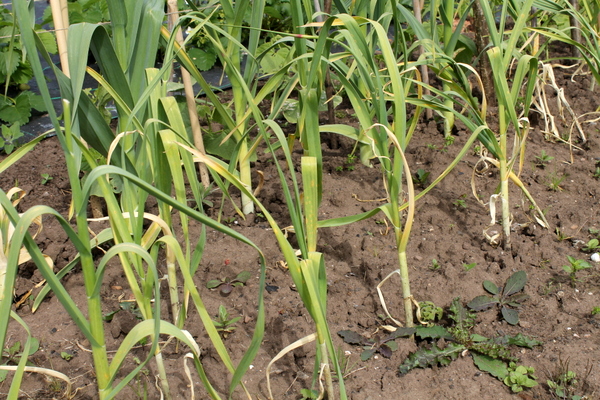 On the whole though things aren't looking too bad.  There's lots of fruit on the blackcurrants and we picked a small bowl of gooseberries today.  I'm almost out of space to plant things out, which probably means I need to stop sowing things.  I still have peas, celeriacs, cucumbers and more French beans still to be squeezed in.  There's never quite enough space is there?
Posted by CJ at 21:16