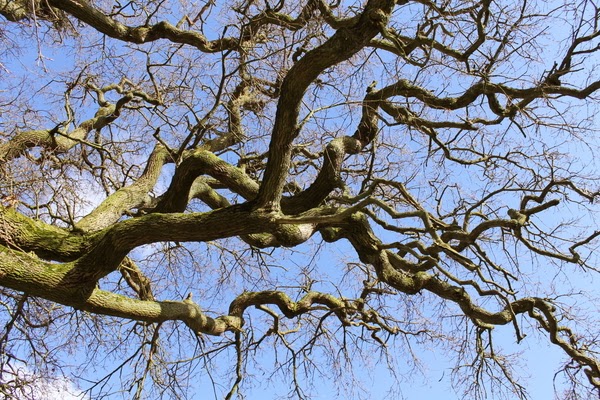 so the middle boy got his birthday treat of a trip to Cotswold Wildlife Park.  It's somewhere we've been before, and the boys really enjoy it.  A mix of animals, play areas and lots of space for running around. 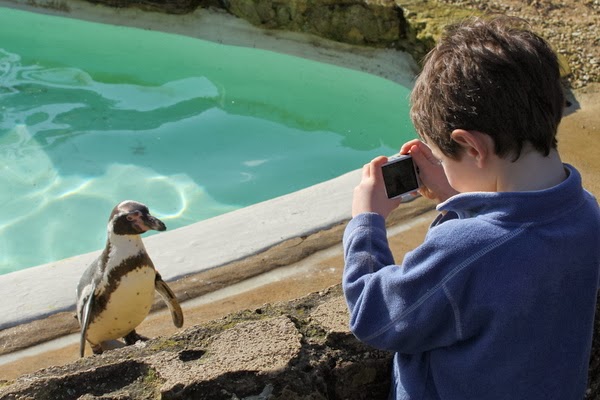 This one didn't have a head. 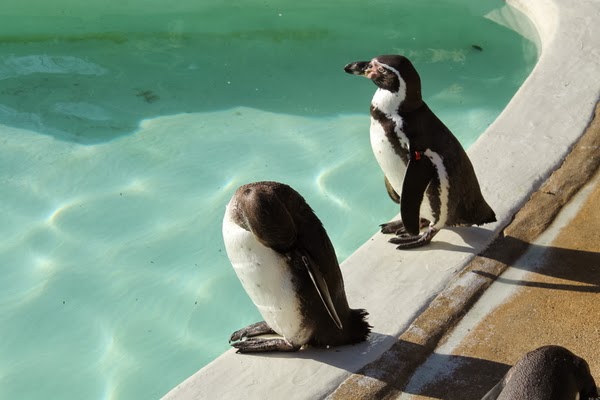 Those of a nervous disposition when it comes to snakes should look away now.  This black mamba came right up to the glass and followed the littlest boy around. 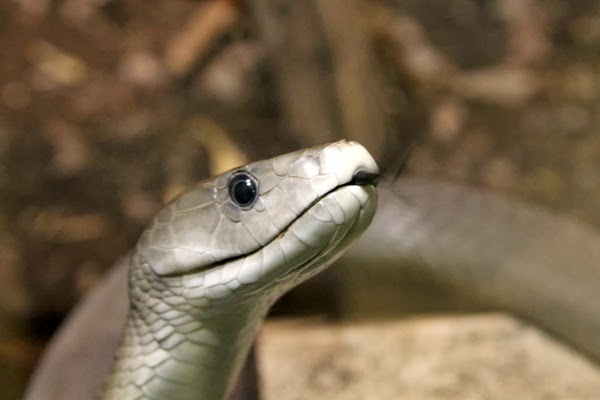 I was transfixed by it.  It's extremely venomous, killing a human in a matter of hours, and in some cases under an hour.  Unless there's treatment with anti-venom a bite from a black mamba is fatal.  100% of the time.  It's aggression is unpredictable and it's the fastest moving snake in the world.  It's been referred to as death incarnate.  Altogether terrifying.  But fascinating as well, especially to small boys.  Let's go outside for some air. 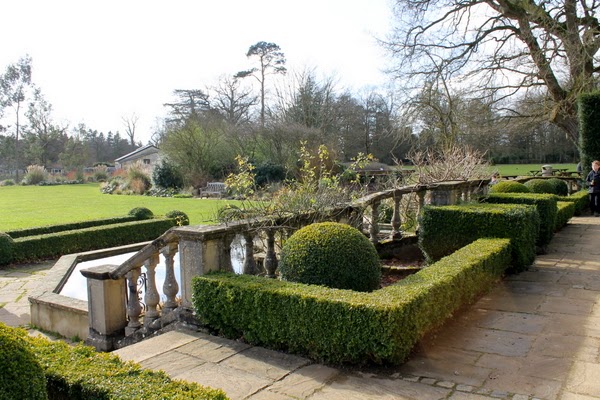 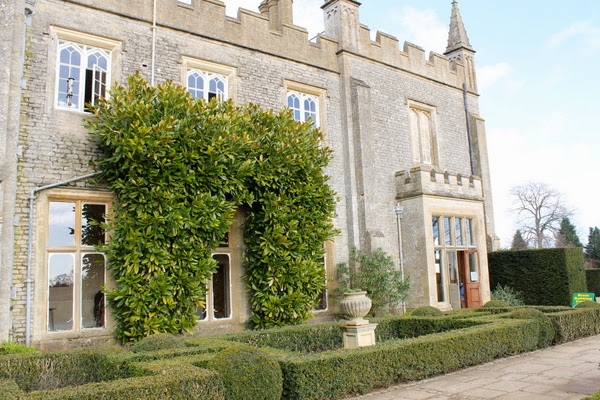 One of the loveliest creatures there - the wolf.  I'm not that keen on seeing big animals in captivity, but to see them at close quarters was such a privilege. 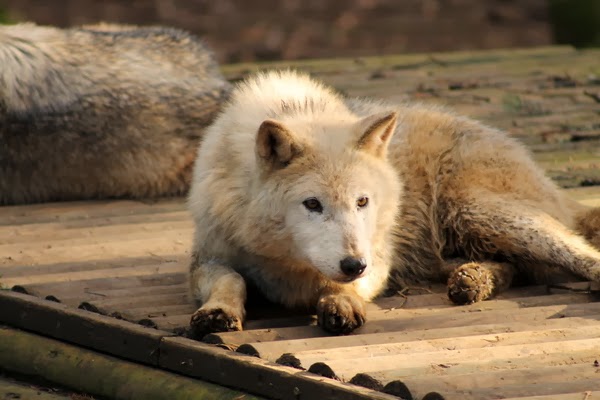 More snowdrops, this time fancier frilly ones.  In fact there were a few different varieties dotted about. 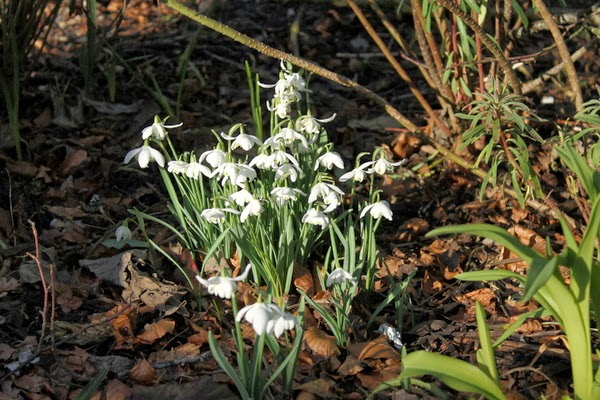 Before we left there was just time to shin up a tree.  If you look closely you can see the biggest and the littlest, who is very intrepid and not at all bothered by being twenty-five feet off the ground.  How happy it made them all to find the perfect tree for climbing. 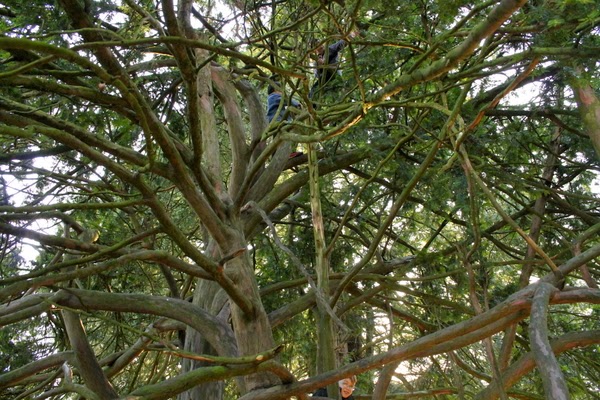 On the way to and from the park we passed a bit of flooding.  This was near the River Thames at Lechlade.  It gave me pause for thought. 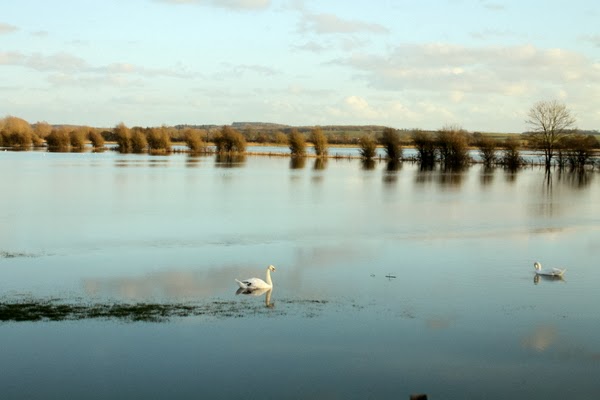 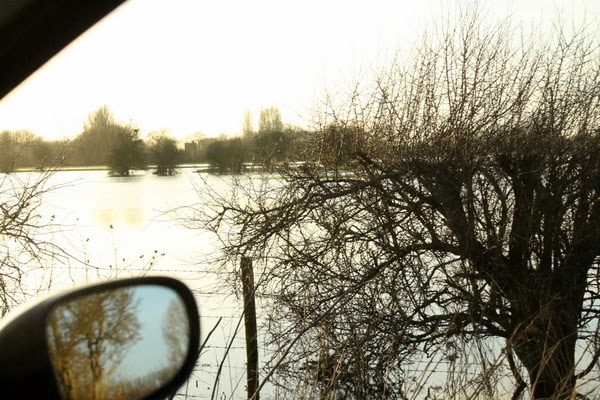 Hoping you are all safe and warm and dry, wherever you are.

And thanks for identifying that plant for me.  It sounds as though it will be perfect for the front garden.  Apologies for not replying to any questions in the comments at the moment, for some reason I can't.  No idea why.  I'm hoping that one day it magically resolves itself.  In fact this is very much my approach to life.  Working so far.
Posted by CJ at 21:16