I've worked out how to get photos onto the computer again, after a fashion.  A lot of everything I do is "after a fashion".  Especially when it comes to technology.  But anyway, I have pictures. 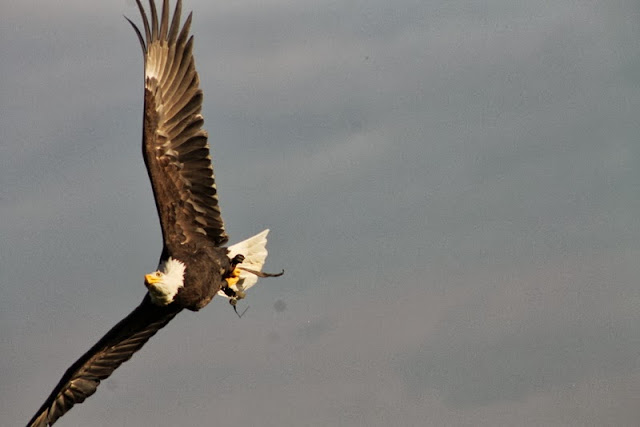 My eldest, the birdwatcher, chose to go to Cotwold Falconry Centre as a birthday treat.  Last year we went to the International Centre for Birds of Prey, which we loved, so this year we thought we'd try something similar. 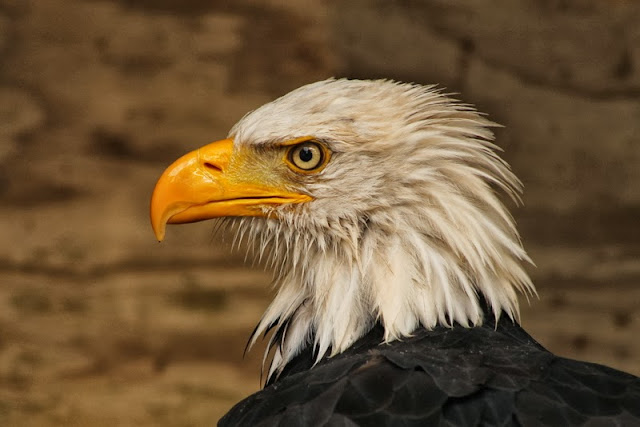 It was wonderful.  As soon as you enter the lovely rural premises you are surrounded by birds.  There are eagles, like the stunning sea eagle above and top, as well as owls, vultures, kites, caracaras and so many more.  Some are tethered in sheltered but outside display areas.  And some were in aviaries. 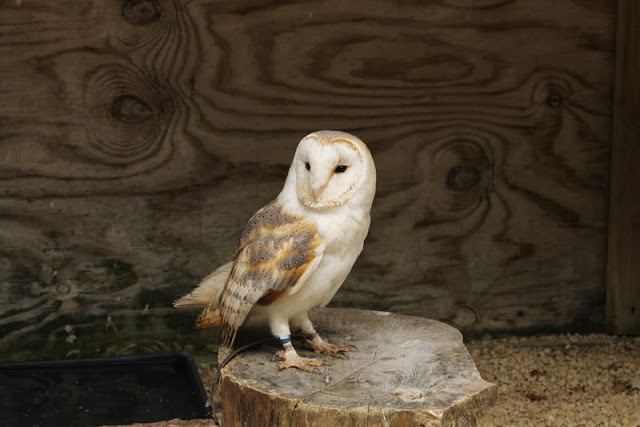 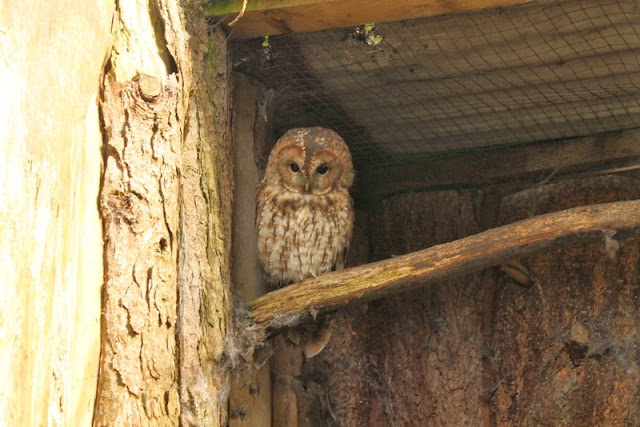 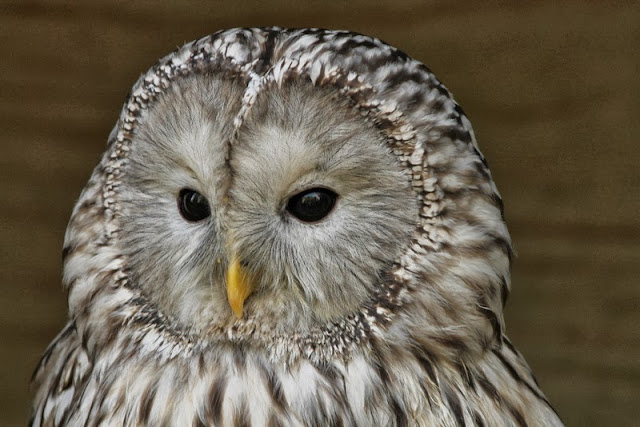 During the day there were four hour-long flying displays.  First up was a vast eagle owl.  The backdrop was beautiful.  The Centre is on an estate, and the land behind this fence was given over to deer.  Every so often the herd would drift into sight. 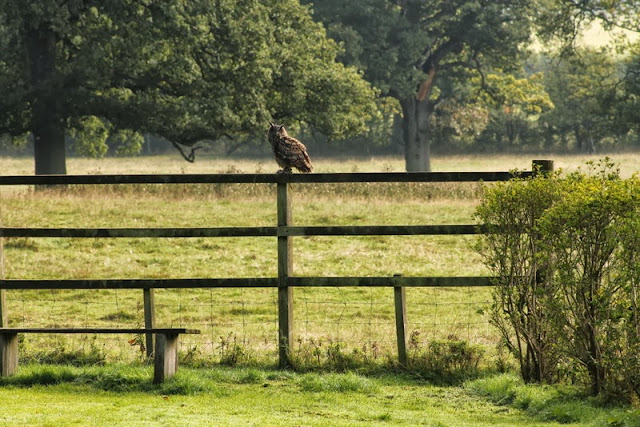 The birds were encouraged to fly as far away as possible.  The staff have no worries about them not coming back.  They are more concerned to make sure they are properly exercised.  The further they fly, the more they are rewarded. 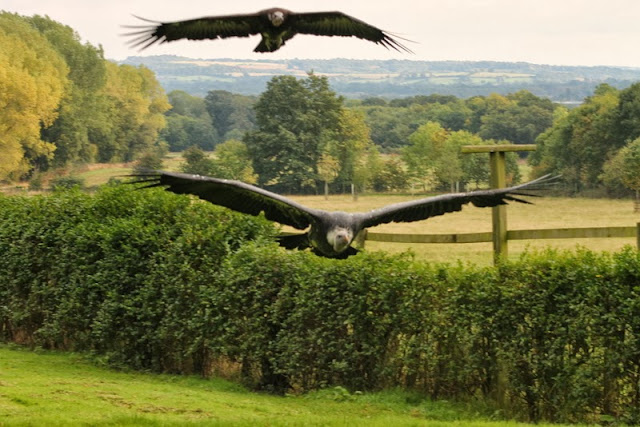 Once they have eaten, all the birds want to do is preen for a while and then sleep and digest their meals.  So it was explained to us that they are quite happy in aviaries or tethered, as everything they require is provided.  They are not wild birds, but ones that have been bred in captivity, and several of them are rare birds that are being bred to preserve the species.  They did seem very well cared for, and many of them had the opportunity to fly freely in the countryside every day.

It was a fairly chilly day, but everyone had a pretty good time, even the littlest boy who was feeling a bit peaky.  He is such a trouper, he kept going the whole day, despite everything.

The Centre is at Batsford Park, near Moreton-in-Marsh, a beautiful part of the world - the north Cotswolds to be precise.  It's about an hour and a quarter at least from our house.  It would be nice to visit the area more often and do some exploring.  As it was, we only really had time to spend at the Centre.  But I'm not complaining, it was such a privilege to get so close to these amazing birds. 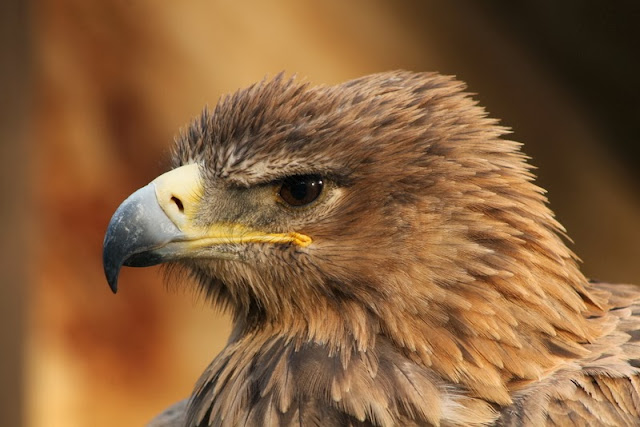 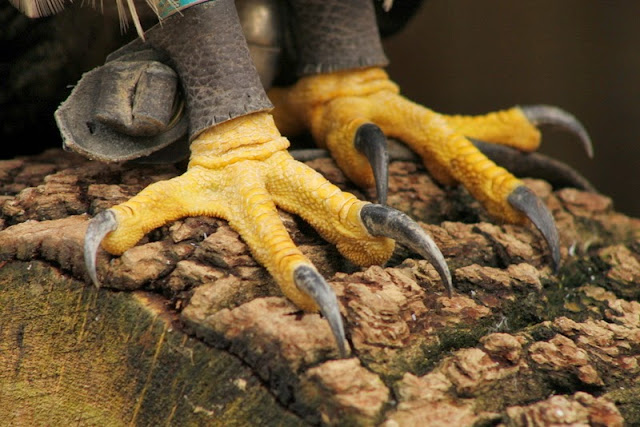 This weekend we're doing the usual morning football things.  We went to Stroud this afternoon and bought a few books for the children.  Bookshops are just right on wet days.  We ended up sheltering in a couple of them while there was a deluge.  I am enjoying autumn this year.  Things in the garden and allotment are not as pressing, and there is a little time to curl up on the sofa now the evenings are dark so early.  In fact I'm off to do that right now, with a little stitching and a dark, murderous DVD.  I'll be checking the doors are locked later.
Posted by CJ at 22:13